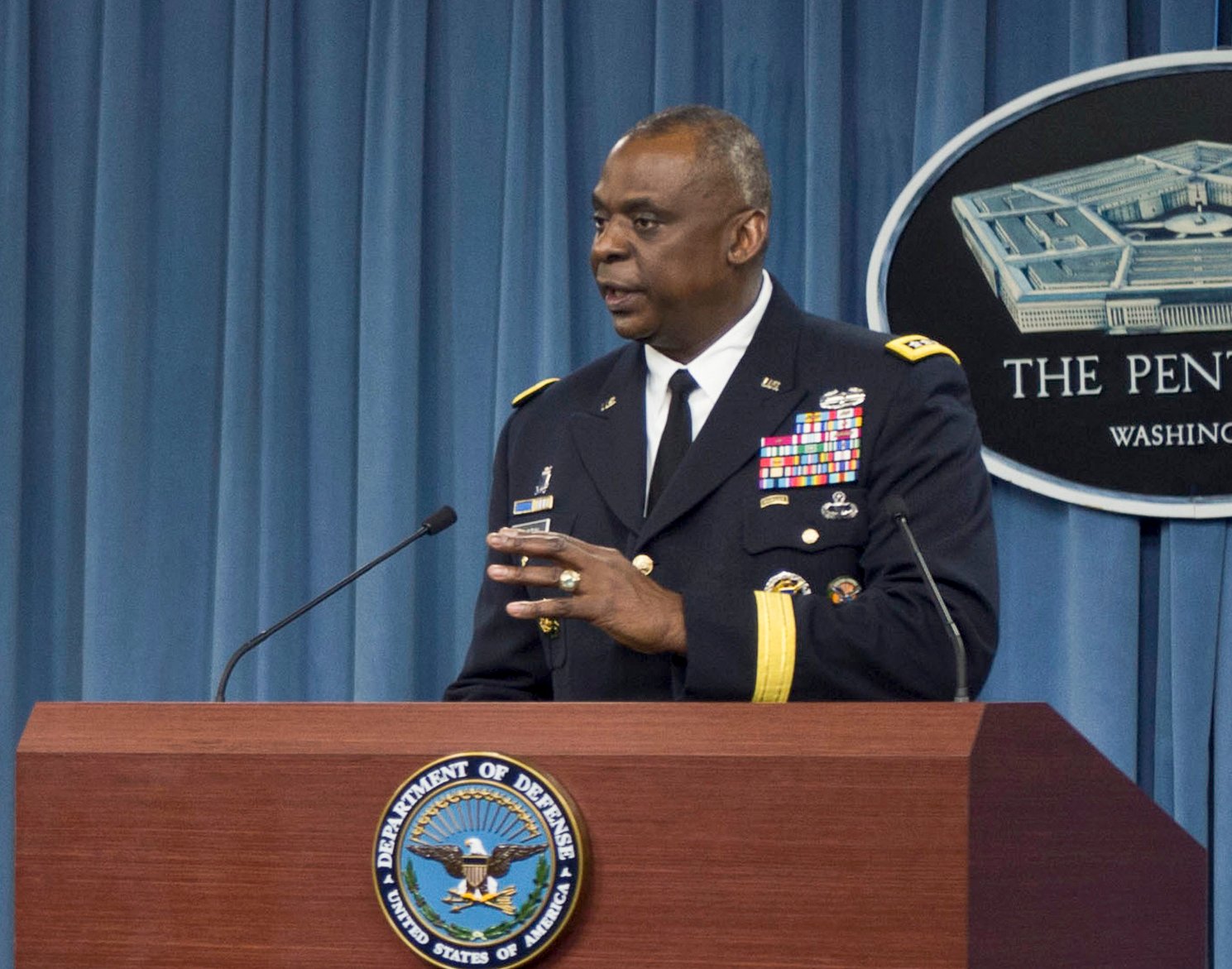 To “pivot away from the Middle East is naïve at best,” the chairman of the House Armed Services Committee (HASC) said as he opened a hearing on developments in the Central Command area of responsibility and the president’s request for a congressional authorization for the use of military force against the Islamic State in Iraq and Syria (ISIS or ISIL).

Rep. Mac Thornberry (R-Texas) said Tuesday the region can be “a breeding ground for terrorists” in failed states such as Yemen and Libya and one facing new dangers if Iran develops a nuclear weapon.

The hearing went into recess to hear Israeli Prime Minister Benjamin Netanyahu address Congress on the danger a nuclear-armed Iran poses to the region and beyond.

Army Gen. Lloyd Austin, U.S. Central Command commander, said, “ISIL [the Islamic State in Iraq and the Levant, one of the acronyms used for the Islamic State] “is a long-term threat,” but “he will be defeated.”

He said 8,500 ISIS fighters have been killed since the air campaign has begun. The campaign has also disrupted recruiting, convoy movement ISIS’s command and control capability. It is no longer taking territory.

“In short, we’ve put ISIL on the defensive,” Christine Wormuth, undersecretary of defense for policy, said.

Wormuth said there are more than 60 nations participating in the coalition to defeat the Islamic terrorist organization that controls large sections of Iraq and Syria. Twelve to 15 are actively engaged in military operations and training and assist missions with the Iraqi national security forces. Others such as Qatar are working on counter-messaging to ISIS propaganda. Some are working to close financial loopholes being used to pay for ISIS operations.

She defended the president’s request for congressional authorization to fight ISIS, noting that it did not set geographic boundaries on the effort but did require a new review after three years to measure progress.

Austin said that even though the request did not call for the deployment of large formations – brigades, regiments or battalions of ground forces he believes as commander he has the flexibility to complete the mission. “Rest assured I’m going to ask for whatever I need to be successful,” he said.

There are about 3,000 American service members now in Iraq.

“Fundamentally, [it’s] a campaign being led by the government of Iraq,” Wormuth said. She said that in the government of Haider al-Abadi “we have much more of a partner.” She acknowledged that the previous govnment under Nouri al-Malaki “created many of the conditions” that led to the rise of ISIS, a fundamentalist Sunni organization.

Abadi and Maliki are both Shi’ia, the majority religious sect in the country.

Austin said that Iraq’s government has to plan to have Sunnis in control of local governments such as Tikrit when those cities are re-taken. He said that coalition forces are working with the Iraqi security forces that are primarily Shi’ite and the Abadi government is working with Shi’ite militias to prevent sectarian massacres when they re-take territory from ISIS.

He said that the coalition is not coordinating its military efforts with Iran. But through its intelligence collection on the ground and overhead, the “action at Tikrit was no surprise.”

“We are not going to leave them abruptly,” Wormuth said in referring to what was different now from the past. “Maliki did not want the U.S. to stay.”

The effort against ISIS in Iraq “needs to be done by the Iraqis,” Austin said.

In Syria, Wormuth said, President Bashar al Assad “has completely lost his legitimacy and his legitimacy to govern his country.” The solution has to come through diplomacy to remove him from the Syrian government.

She acknowledged that the Syrian Opposition Council, the group the United States is working with to defeat ISIS, is struggling and under heavy attack from the regime and fundamentalist groups. In a speech before the Atlantic Council the day before, retired Marine General John Allen said the training of the first 5,000 Syrian opposition fighters would begin later this month. He is the special presidential envoy to the anti-ISIS coalition.

When asked about the terrorist situation in Yemen whose Sunni government has fallen to Shi’ite insurgents, Austin said, “Without the government being fully operational, the threat [from al Qaeda on the Arabian Peninsula] will increase over time.”

Rep. Adam Smith (D-Wash.) and ranking member, said, “There are no easy answers” in the Middle East” concerning the Islamic State or Iran. The United States “can’t go in and fix Syria, fix Yemen, fix Iraq.” He added, “If we walk away” from negotiations with Iran over its nuclear capability, “the status quo is not to our advantage.”