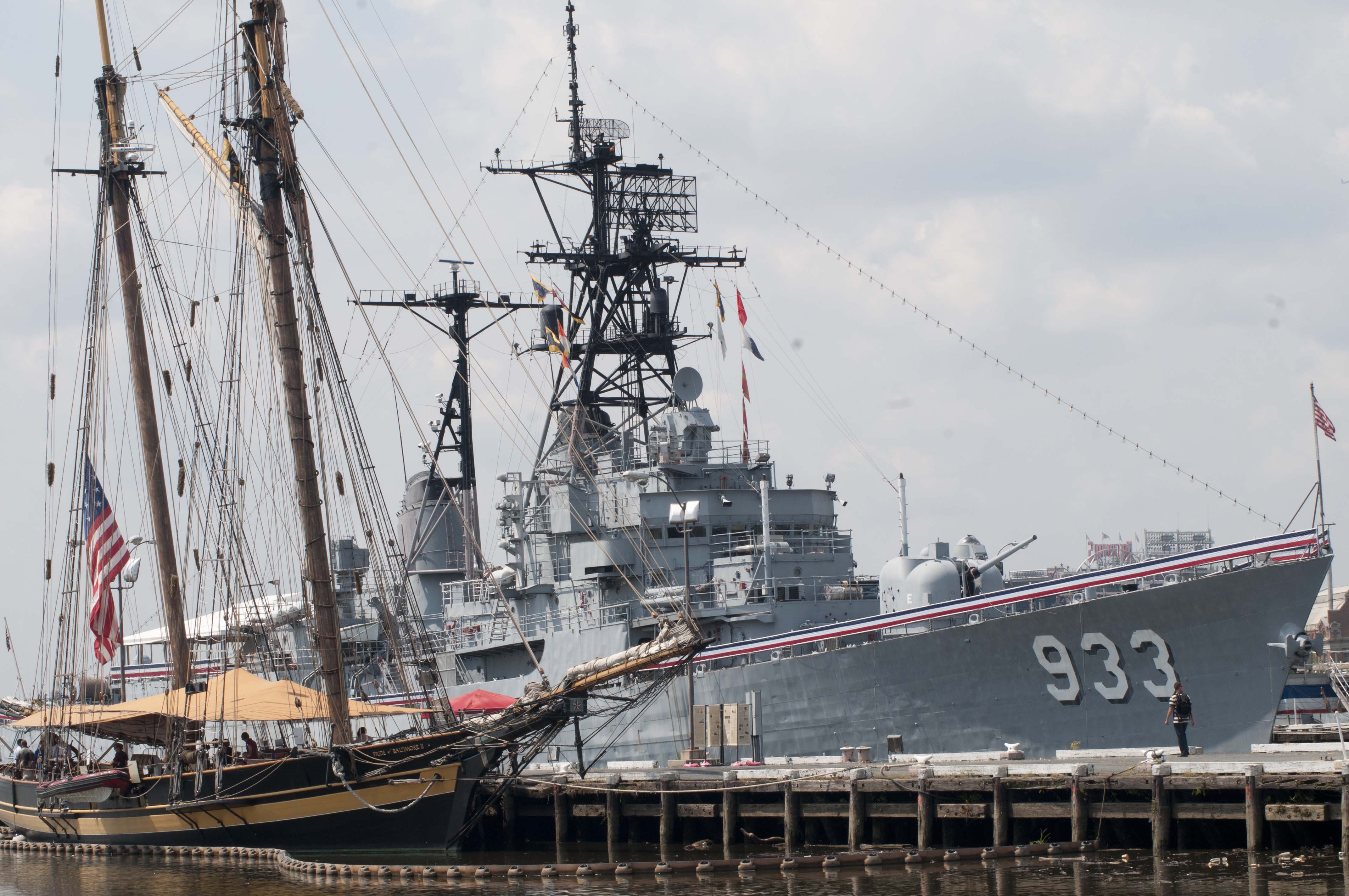 The Navy will remove the display ship Barry from Washington Navy Yard by next summer to avoid the ship becoming landlocked, and for now there are no plans to replace the decommissioned destroyer with another platform to draw visitors, the commanding officer of Naval Support Activity Washington told USNI News.

The former-USS Barry (DD-933) has been docked at Navy Yard since May 1983 and has not been to a dry dock for maintenance since its 1982 decommissioning, Capt. Monte Ulmer said Wednesday. The ship’s hull was proven structurally sound in a hull survey conducted last year, but after sitting in the Anacostia River for so many decades without work, “there are some deteriorations to the hull” that would eventually need repair.

Starting next summer, though, that would be nearly impossible to do. Washington, D.C., officials are getting set to begin construction on a new Frederick Douglass Memorial Bridge to cross the river, and this one will be a fixed-span bridge instead of a drawbridge – and there will only be 50 feet between the top of the water and the bottom of the bridge.

Barry, standing about 150 feet tall, “would not be able to get … underneath the bridge without doing some major dismantling, so to speak, here on this side of the river. So that kind of drove it to where once the bridge is in place, that landlocks the Barry and would make it very difficult to dispose of later or to move it to another location at a later date,” Ulmer said.

The captain said the city will begin work on the bridge this fall, and by the summer of 2016 it will be impossible to get taller ships into or out of the Navy Yard piers.

The Navy has not yet made a decision about replacing Barry with another decommissioned ship, and there is no timeline for doing so, Ulmer said. However, if the Navy waits until after next summer to make a decision, it would be limited to smaller ships that could fit under the new bridge without needing any costly work to disassemble and then reassemble the ship.

The next step in the process is for Naval Sea Systems Command (NAVSEA), with support from the Defense Logistics Agency, to solicit and award a sales contract to tow away and dismantle Barry, Ulmer said. So for now, there are no details yet about when or where the ship would be taken apart.

The last time a display ship had to be towed from its pier, the Navy encountered difficulties — in 2006 the museum ship Intrepid (CV-11) in New York was found stuck in the mud of the Hudson River when the ship needed to be moved for repairs. Freeing the decommissioned Essex-class carrier required an extensive engineering effort. In this case, however, NSA Washington spokesman Brian Sutton said that “we conducted a hull survey in July 2014 and it was determined that the ship is floating with room to spare underneath. The divers were able to swim under the hull for the entire length of the ship.”

Apart from the decision to get rid of the display ship, NSA Washington is demolishing two of its four piers and reconditioning Pier 2, where Barry currently sits. Ulmer said planning for that project began three to five years ago, and the Pier 2 work will continue even though DS Barry will be leaving and therefore there will be less foot traffic. The display ship saw about 9,000 visitors last year, Ulmer said.