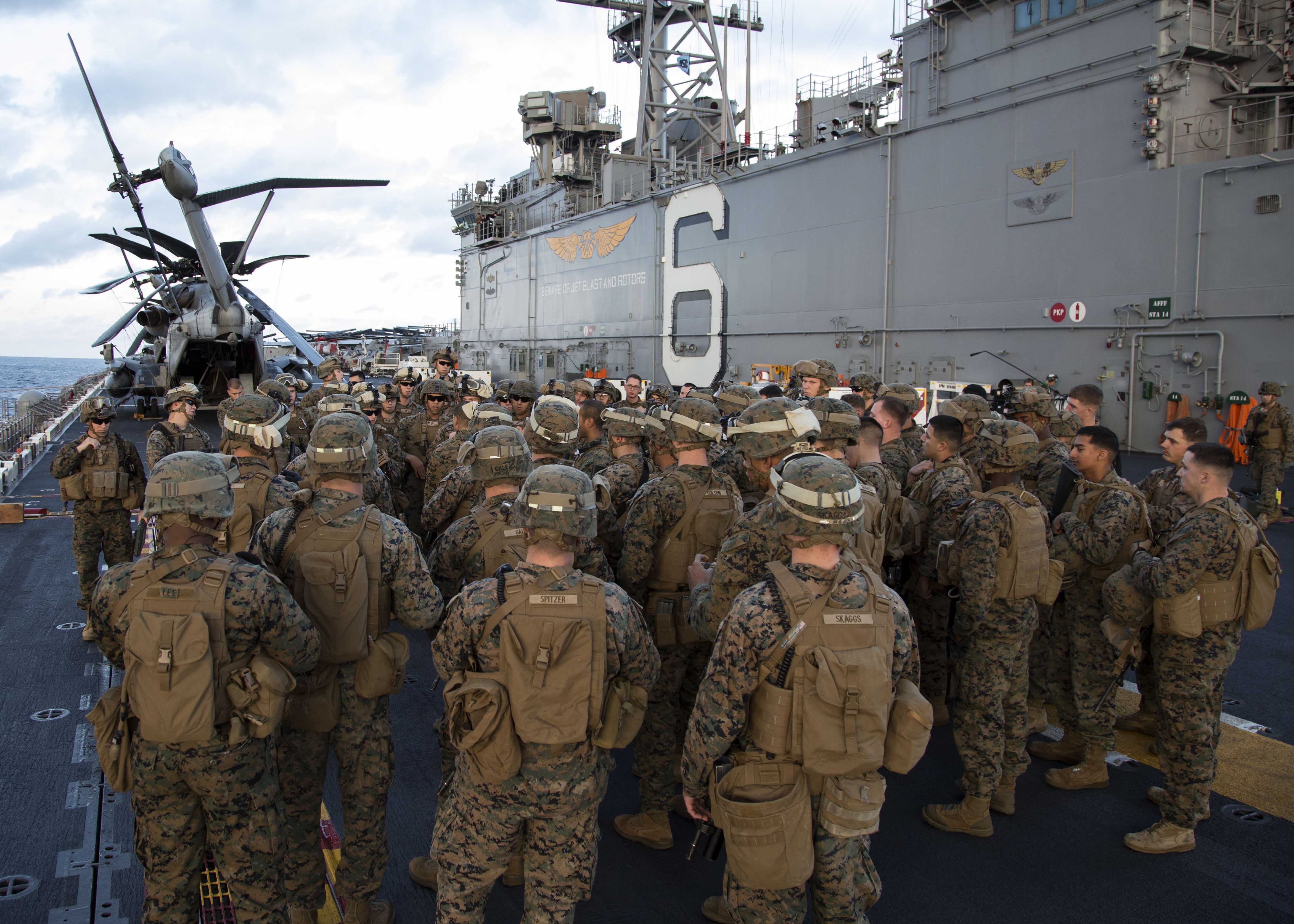 A newly created “Index of Military Strength” rates the Navy and Marine Corps as “marginal” in being able two fight two major regional conflicts almost simultaneously while having sufficient reserves to carry out other missions.

With the exception of the Air Force, the ranking of “marginal” was the Heritage Foundation’s assessment of the nation’s individual military services and nuclear force. The Air Force was rated “strong” in its ability to meet the criteria.

Dakota Wood, senior research fellow at Heritage, said Tuesday the Washington think-tank intends to update the index annually as it does with others that it produces. “Next year’s will be more current” in its ratings because it will be published in the fall rather than a full quarter later. The index “didn’t get into future predictions” of military strength and will not in the future.

The broad-ranging index also provided ratings for different regions — Middle East, Europe and Asia — and potential and existing challenges in each.

Steven Bucci, director of the Allison Center for Foreign Policy and National Security at Heritage, said that in creating the index the foundation thought of adding a section on homeland defense but backed away because in most instances the military is in a supporting role in that realm.

“We [the United States] prefer to play away games” in assessing national security needs, he said. That allowed the writers to focus on the Department of Defense in creating the index.

In its assessment, Heritage wrote the Navy is “strong in readiness but at a cost to future capability” and “is just able to meet requirements.” To meet the criteria set for the “strong” rating, the Navy would have 346 surface ships and 624 strike aircraft. The Navy now has 274 ships in the Fleet.

On the Marine Corps, Heritage wrote its “strongest suit was readiness” but it is “hampered by old equipment, troubled replacement of its key ground vehicles and a shrinking force.” To meet the criteria for the “strong” rating, the Marine Corps would have 36 battalions from the current strength of 21.

In rating the nation’s overall military strength, Heritage wrote that it was “adequate to meeting the demands of a single major conflict” while also continuing “various presence and engagement activities.” The writers noted that military strength has been affected by declines in military spending and shrinking of end strength, most noticeably since 2011.

In his remarks following the release of the index, Rep. Randy Forbes (R-Va.), chairman of the House Armed Services Seapower and Projection Forces Subcommittee, said that in Navy leaders’ own words a force of 260 ships would mean “we became a regional power.”

Forbes specifically mentioned areas like the Strait of Hormuz and the Asia-Pacific region, noting that 85 percent of the world’s commerce moves on water and “the only navy in the world” protecting underwater cabling that moves data from continent to continent (the U.S. Navy) requires that the United States remain a global power.

“You won’t be able to buy back,” he said, “what we’ve lost” in defense spending cuts. Forbes put the cuts at $780 billion since the Budget Control Act was passed, even without sequestration. He said that in talks with liberals and conservatives he stresses “defense won’t be cheaper” by delaying maintenance and modernization.

The Heritage index writers noted the Navy and special operating forces “cycled [equipment] through operations more often and for longer periods of time, and old equipment is being extended while proposed replacements are problematic.”

Wood summed up Heritage’s findings this way: The “allies are under-investing” in maintaining military strength; the United States’ “enemies are making smart investments”; and the American “military is aging and shrinking in size.”