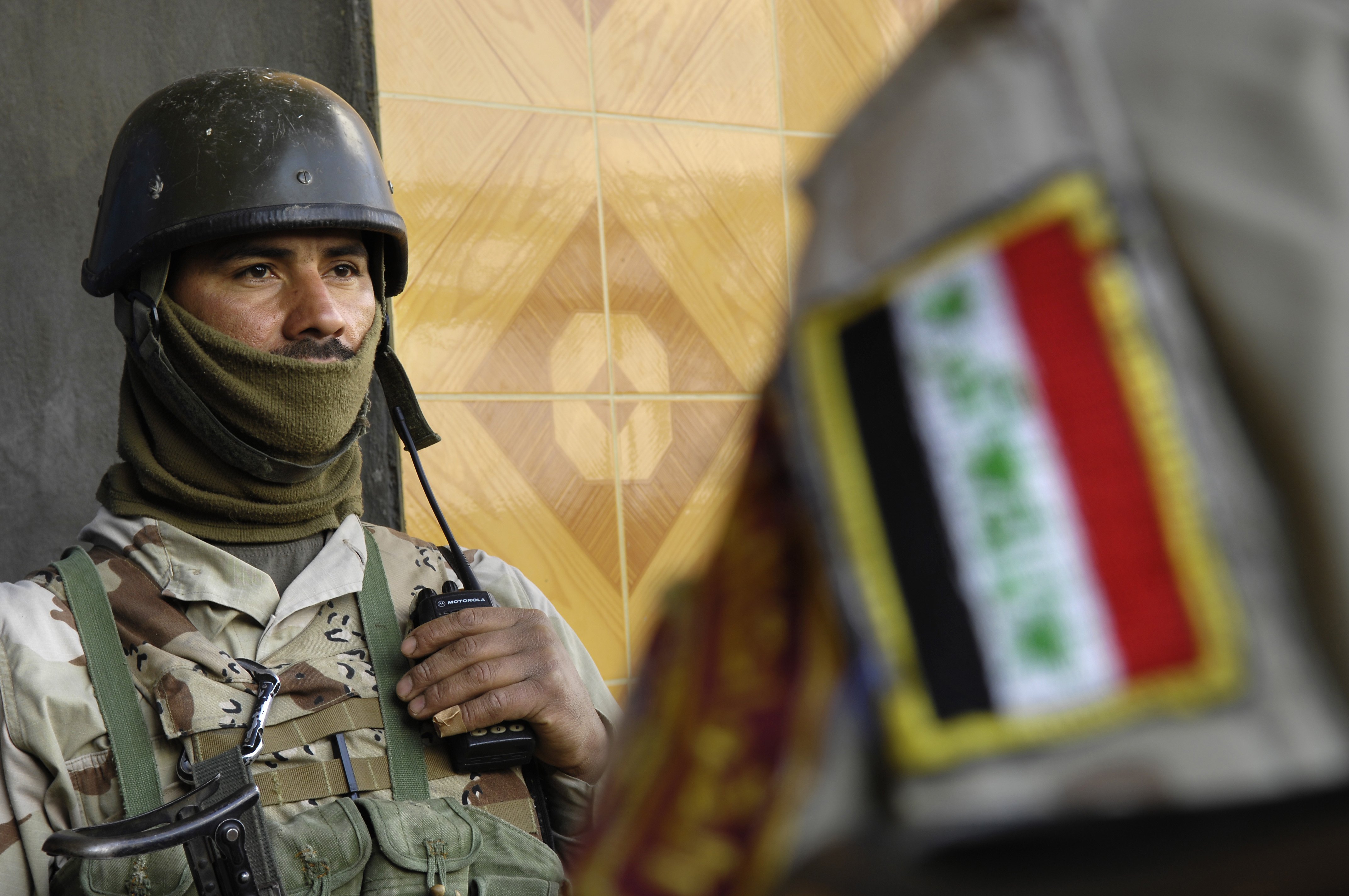 “No one is advocating re-invading Iraq” or sending the United States down “a slippery slope to have 200,000 troops in Iraq forever” when they call for more American involvement across the board in helping Baghdad defeat the Islamic State in Iraq and Syria (ISIS or ISIL), provide an alternative to Iran and reconcile its warring sectarian and ethnic factions, a leading proponent of the 2007–2008 Iraq U.S. troop surge, said Wednesday.

Frederick Kagan, a scholar at the American Enterprise Institute, said at a forum on Iraq’s future, “Virtually the only tool we are using in Iraq is the military.”

Kagan; his wife, Kimberly Kagan, founder of the Institute for the Study of War; and Kenneth Pollack, a Middle East analyst at the Brookings Institution, reported the findings of their recent trip to Iraq at t the American Enterprise Institute’s Washington offices.

Pollack said what he heard from a number of Iraqi leaders—across the sectarian divide—was “We (Iraqis) are ready to follow if you guys (the United States) will lead.” They “want security and want other stuff as well” from military equipment to petroleum extracting equipment, technological advice, and help in attracting investment from other nations to Baghdad. “We are in a better position than the Iranians to do that.”

Zeroing in on the immediate threat from the Islamic State, Kimberly Kagan said that while it was true the group has lost some of the territory it seized in the summer—to the Kurds, Shi’ia militias and the Iraqi army—the group “has been quite resilient.” The Islamic State, largely comprising Sunnis, has been “whittling back the gains” made in Anbar Province and around Tikrit and “actually is on a counteroffensive.”

On a positive note, she added that the Iraqi army is taking lessons it learned from the fall of Fallujah and Mosul and diagnosing what went wrong with its leadership and what went wrong with training. She also cited the steps Prime Minister Haider al-Abadi has taken to professionalize the army, particularly abolishing the commander-in-chief’s office that his predecessor, Nouri al-Maliki, used to marginalize and intimidate the Sunni minority.

“Maliki set about deliberately fracturing the Sunni leadership,” Pollack added. “They were very good about it.” He said the Sunnis are living “with an enormous amount of fear” about their future. “Abadi doesn’t have the buy-in from the Shi’ia side” that reconciliation is necessary or how to achieve it. As for the Kurds, “they have their own interests” and remain on the sidelines of Sunni-Shi’ite divide.

One priority American officials cite as a measure of success in Iraq for the future, possibly this summer, is driving the Islamic State out of Mosul. “Conditions have not been set for success” in re-taking the sprawling largely Sunni city , Kimberly Dozier said. “ISIS [an acronym for the Islamic State is Iraq and Syria] is digging in.” Residents there are divided over supporting the Islamic State against the largely Shi’ia army that would be working with Shi’ia militias or living in terror of both sides.

Pollack said the fighting in Iraq’s second largest city could turn into a latter-day Stalingrad, block-by-block combat or possibly a Warsaw uprising, in which the Sunnis rise against the Islamic State and then fight the Shi’ia forces when they try to enter the city.

Frederick Kagan said that Iranian influence was clearly evident in Iraq, particularly among the militias such as the Badr Corps, but there are signs that Baghdad still wants to keep some distance from its Shi’ite neighbor. As an example, he said the “Iraqi army that does not appear to be with Iran. They have imbibed the lessons of counterinsurgency.”

He said Iran “continues its ham-fisted approach in dealing with Arabs” and the Iraqis do not want to be “Persi-fied”—referring to Iran as Persia.

Rather than accepting the growing influence in Iraq of Iran and its allies—such as Hezbollah—because of the fight with the Islamic State, the United States “should be leaning in” and demonstrate to Shi’ites, Sunnis and Kurds that America is with all of them in that struggle.

“The United States is punching below its weight on the diplomatic front” and should act as a surrogate for the Sunnis—as Ambassador Ryan Crocker did during the surge—and in political discussions over Iraq’s future and to end its civil war, Pollack said. The United States also needs to recognize that this fight against the Islamic State is more than an Iraq issue.

After noting that the Islamic State arose from the defeat of al Qaeda in Iraq and then found a haven in the chaos of the Syrian civil war, Frederick Kagan warned, “If we don’t get this right, we will have son of ISIS” to confront down the road. He added that meant remaining engaged in Iraq and not simply leaving.