The work will do the math to determine if the Zumwalt-class will have the space, power and cooling to field a railgun – likely replacing one of the two 155mm BAE Advanced Gun Systems (AGS) ahead of the ship’s deck house, Vice Adm. William Hilarides told USNI News following remarks at the Office of Naval Research Naval Future Force Science and Technology Expo.

“We have begun real studies – as opposed to just a bunch of guys sitting around – real engineering studies are being done to make sure it’s possible,” Hilarides said.

The likely candidate for the weapon would be the third planned Zumwalt, Lyndon B. Johnson (DDG-1002) currently under construction at General Dynamics Bath Iron Works (BIW) with an expected delivery date of 2018.

He said the first two ships – Zumwalt (DDG-1000) and Michael Monsoor (DDG-1001) – would be less likely to field the capability initially due to the schedule of testing with the new class.

“The team is working diligently now but it would not happen until after delivery of the ships – probably the third ship is where we’d have it,” Hilarides said.
“That would certainly be my recommendation.”

The Navy is in early stages of testing and fielding a railgun – which forgoes the gunpowder in the shells of conventional naval guns and instead uses high powered electromagnetic pulses along a set of rails to shoot a projectile at super sonic speeds.

Last year, then Navy director of surface warfare now commander of U.S. Surface Forces Command, Vice Adm. Thomas Rowden told USNI News the Zumwalts would be likely used as test beds for emerging technologies like railguns and directed energy weapons the Navy wants for its next large surface combatant due to the ship’s size an ability to generate power.

On Wednesday, Chief of Naval Operations Adm. Jonathan Greenert said a Zumwalt would likely be the first ship to get the capability.

The inclusion of the railgun does mean a capabilities trade for the ship. 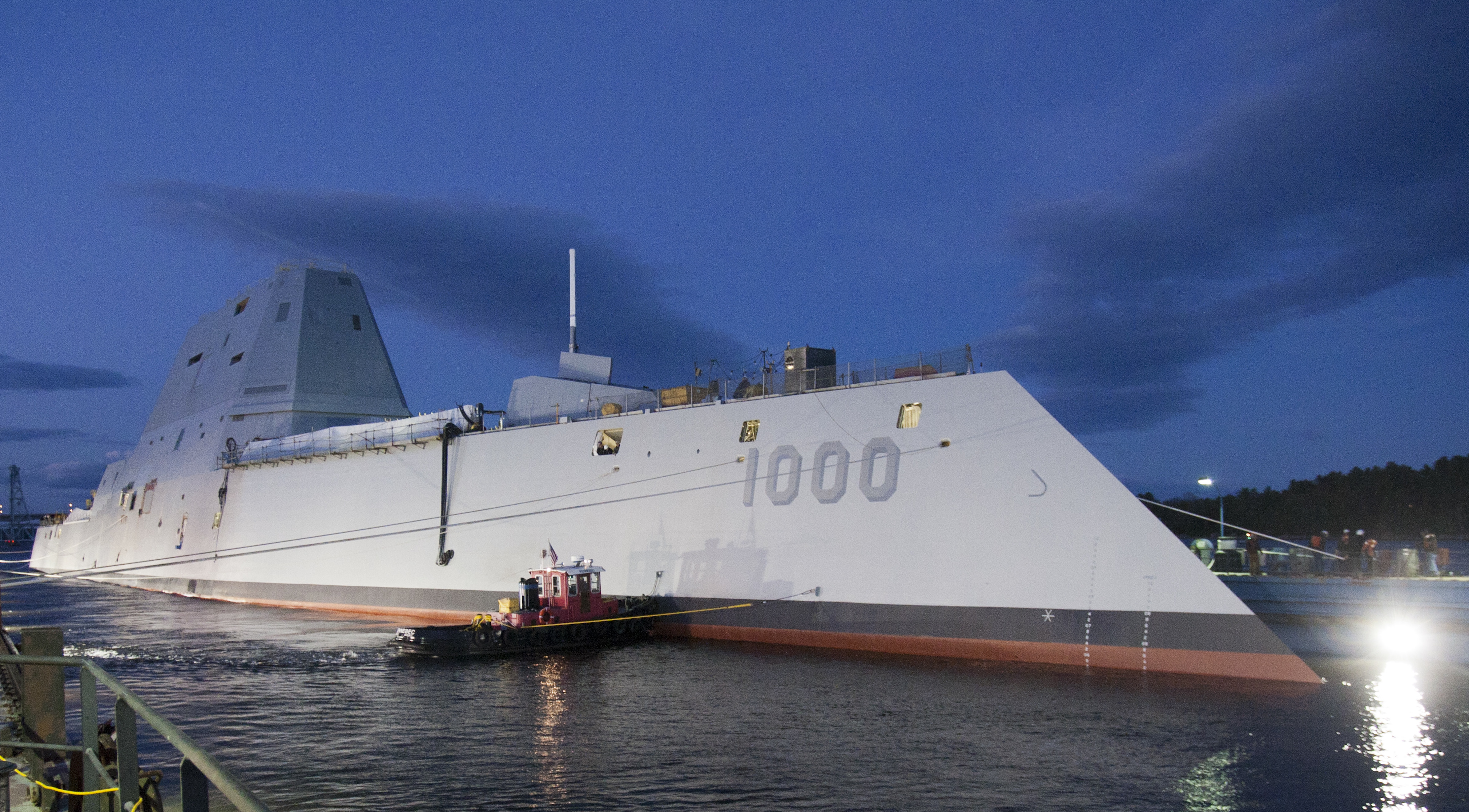 “We’ll go do the studies and I suspect they’ll say ‘yes,’ but it’s going to come at a cost of some of the capabilities on this ship – of course,” Hilarides said.
“It’s physics. Without taking something off, you’re not putting on a many ton system, so a gun would be a logical thing to take off and put the railgun in its place.”

The three ship Zumwalt-class were – in part – originally designed to address a gap in naval surface fire support with the AGS firing the Long-Range Land Attack Projectile (LRLAP) at a range of up to 75 nautical miles.

Each ship is designed to field two AGS.

Zumwalt is expected to deliver to the service next year.