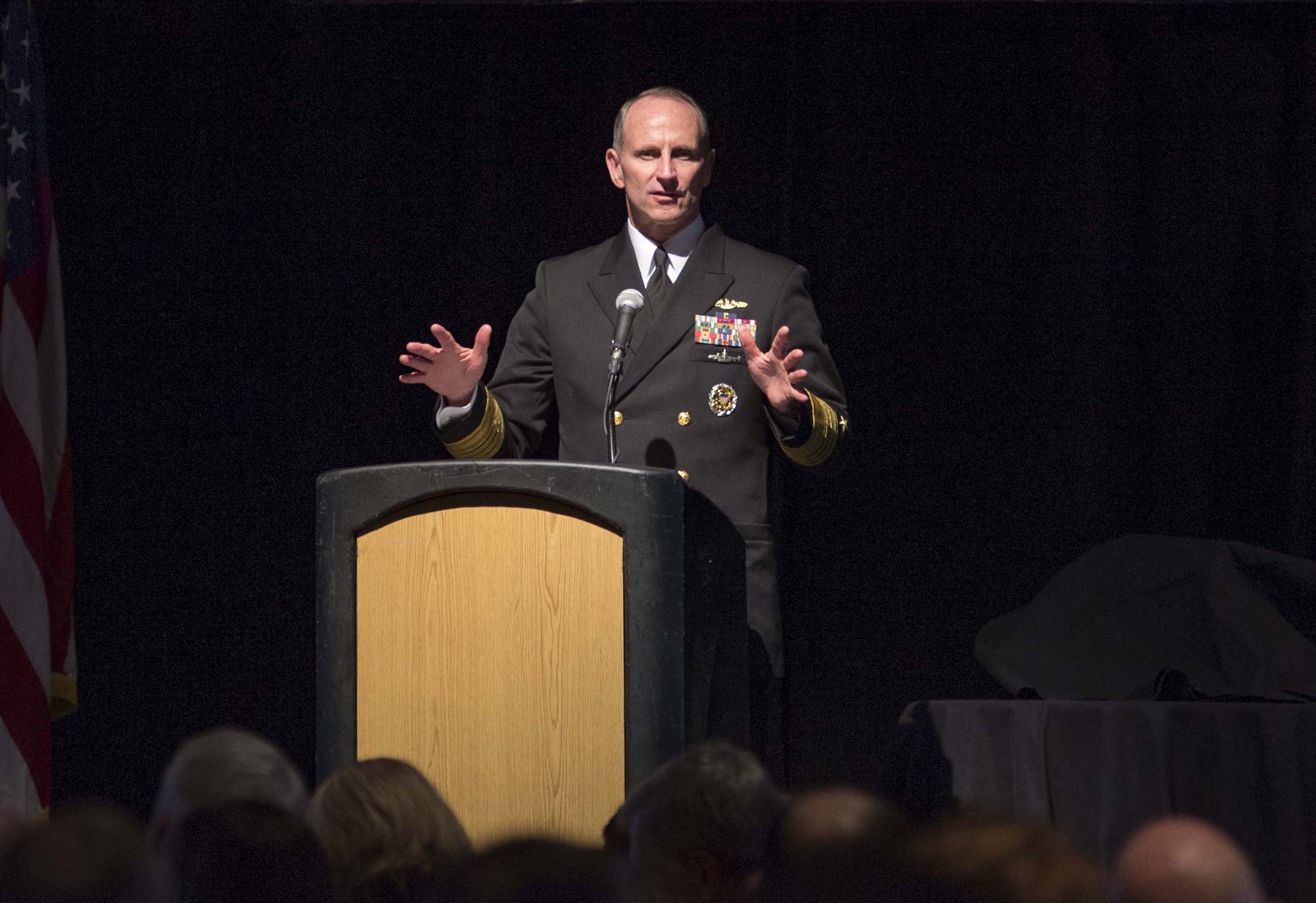 While outlining is technology priorities for the service, Greenert cast cyber security of U.S. tech and military systems as one of his top three asks from industry science and technology sectors.

“I need you to lock your IT doors… The losing of proprietary data on high technology from cleared defense contractors — it’s just driving me crazy,” he said during a keynote at the Office of Naval Research Naval Future Force Science and Technology Expo..
“Cyber theft is just hemorrhaging us. “

Internally, the service created its “Cyber Safe” effort across the Navy to harden its systems against digital threats and last year stood up a “Cyber Awakening” task force to preach the effort.

Naval Sea Systems Command’s (NAVSEA) – the agency in charge of the service’s shipbuilding – adopted cyber security as a major tenant of its latest strategic plan.

“It’s not just desktops, it’s chips in embedded systems. If something can have a circuit board, it can be attacked,” Greenert said.
“The security has to be designed in, you can’t bolt it in afterwards and we have to get into that earlier and earlier.”

Early last year, it was revealed that the Navy Marine Corps Intranet (NMCI) was breached by Iran by vulnerabilities that were baked into the structure of the system, according to The Wall Street Journal.

The breach was, “enabled by vulnerabilities that were discovered and exploited in older systems and network architecture,” a defense official told the Journal in March.

In addition to cyber security, Greenert said his other technology priorities were moving explosives like gunpowder and rocket propellant off of ships through new offensive weapons like electromagnetic railguns and directed energy weapons.

“Probably the biggest vulnerability of a ship is its magazine, that’s where the explosives are. You hit a magazine, ‘Kaboom!’,” he said.
“Imagine getting rid of that. The safety onboard, the logistics [you save] and the cost.”

“As our submarine numbers go down, we’re going to have a dip – it’s inevitable – we built so many in the ‘80s and as we replace them we’re going to have a dip for about 12 years – from the mid ‘20s to the mid ‘30s,” he said.
“But even without that we need to keep that dominance in the undersea domain and we need that network and unmanned underwater vehicles are key to that.”