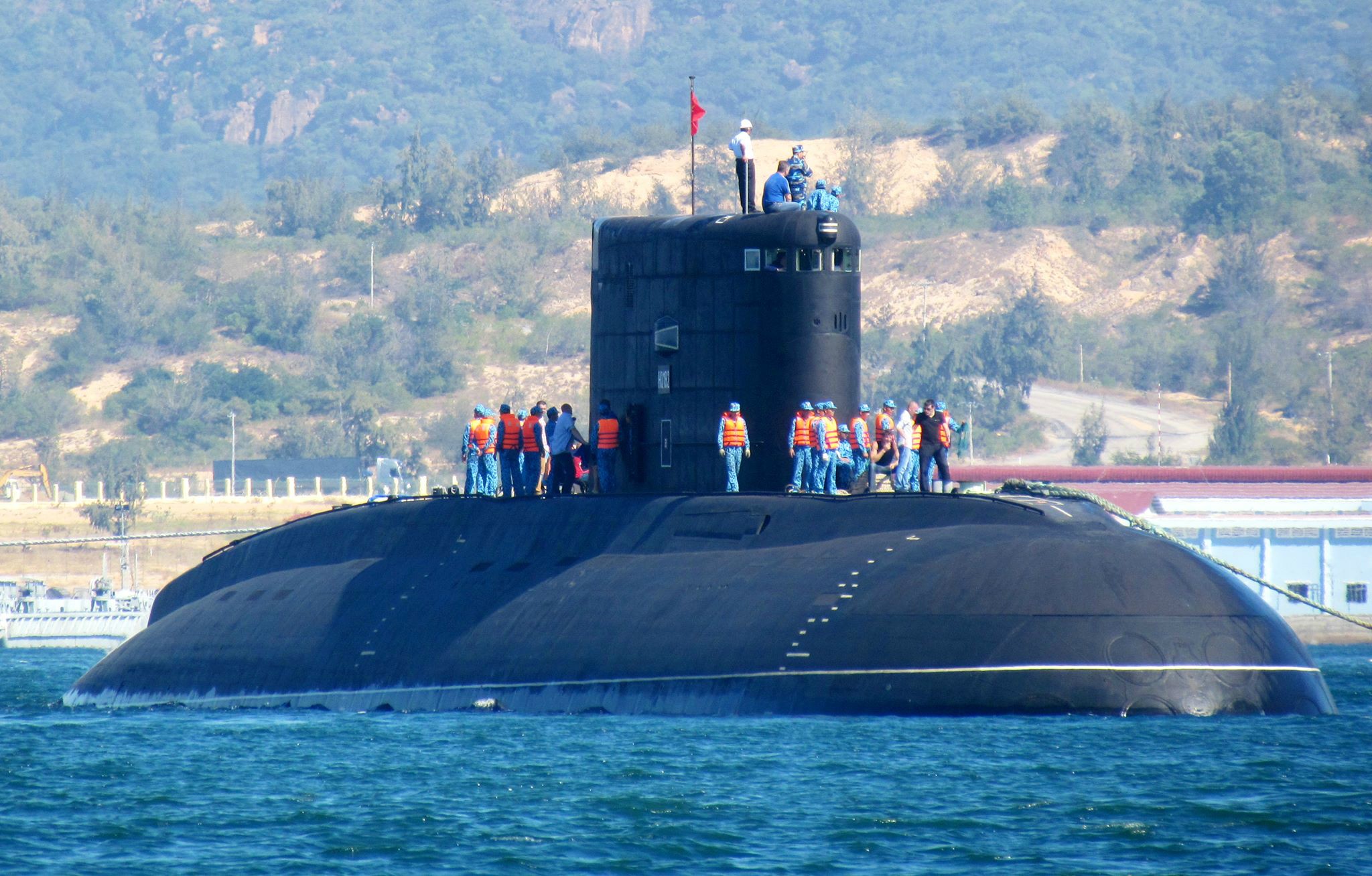 The third Project-636 Kilo-class has arrived in Vietnam, marking the halfway point in the Vietnamese Navy’s planned six boat, $1.8 to 2 billion deal with Russia, according to local press reports.
Pictures emerged of the Dutch heavy load carrier Rolldock Star near Vietnam’s submarine base in Cam Ranh Bay, on the Vietnamese news site, Tuoi Tre News on Jan. 29.

Rolldock Star was believed to be carrying the third Vietnamese Kilo — HQ-184 Haiphong — from the Admiralteiskie Verfi shipyard in St. Petersburg, according to a Tuesday report in Jane’s Defence Weekly.

The two previous boats of the class — HQ-182 Hanoi and HQ-183 Ho Chi Minh City – commissioned into the Vietnamese Navy last year as part of the 2009 contract.

“The contract is believed to include a training and maintenance package. All six boats are scheduled for delivery by 2016,” Jane’s reported.

The 4,000-ton diesel-electric Kilos have been described by the U.S. Navy as “black holes” for their level of quietness.

The boat has a crew of 57 and is capable of firing Russian SS-N-27 anti-ship cruise missiles and MANPADS Strela-3 antiaircraft missiles, according to a 2012 report from USNI News.

The Vietnamese purchase of the Kilos is part of an ongoing trend of countries in the vicinity of the South China Sea acquiring greater submarine capability as a hedge against Chinese naval expansion.