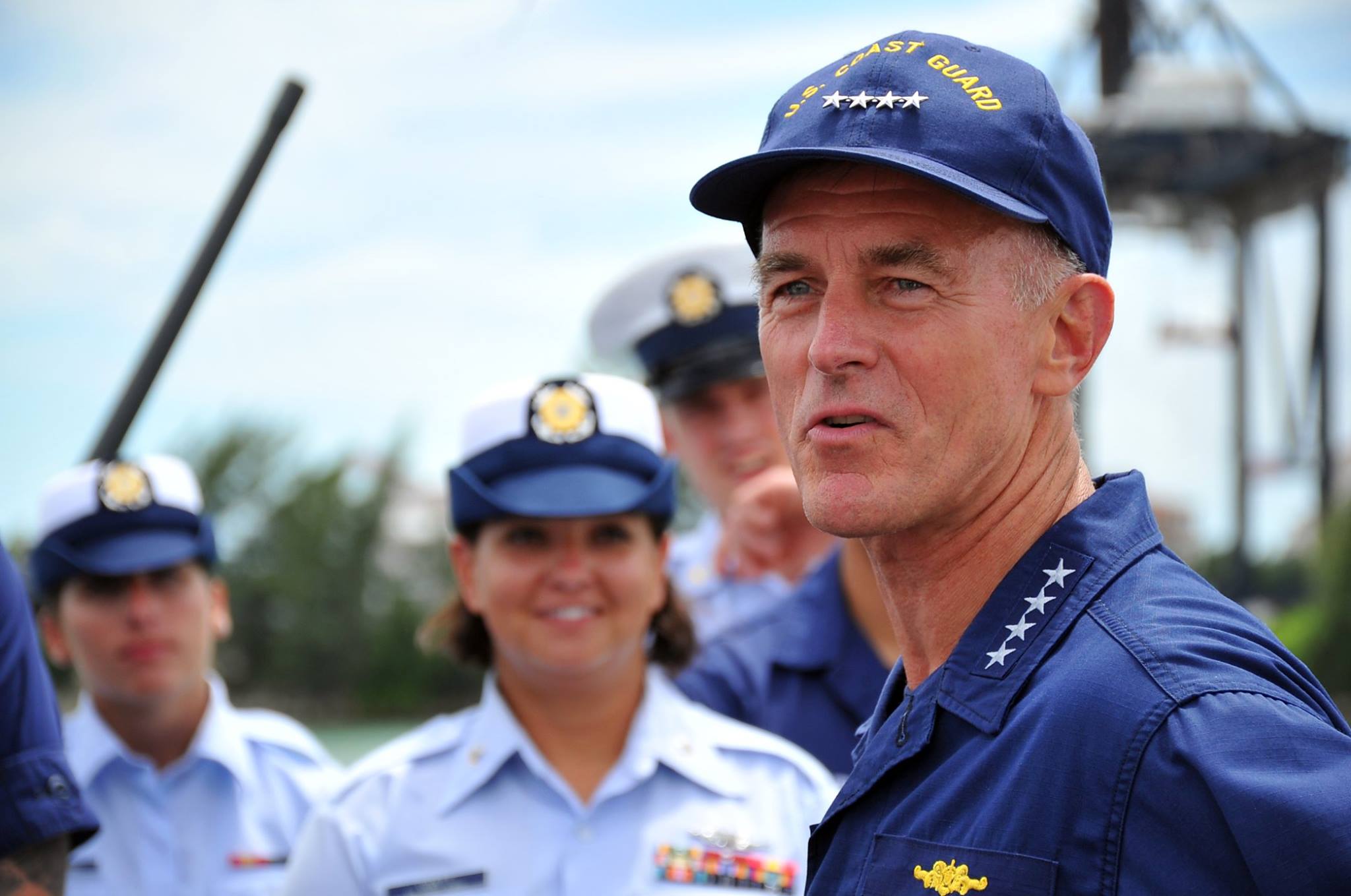 WASHINGTON, D.C. — As the U.S. Navy shifts more of its attention to the Pacific the U.S. Coast Guard (USCG) is moving more resources into the Western Hemisphere. Closer to the U.S. has grown by 40 percent, USCG commandant Adm. Paul Zukunft told attendees at the Maritime Security Dialogue on Friday.

“Eight of the 10 most violent nations in the world [are in this hemisphere],” he said at the Center for Strategic and International Studies (CSIS) at the event — co-hosted with the U.S. Naval Institute, he said.

Zukunft said the United States noticed the impact of this violence this summer along the Southwestern border as thousands of unaccompanied children tried to enter the country. Why? “Parents were trying to get their children to a safe haven.” He added in one Central American country, one in nine children would be killed before they turned 21.”

The flow of illegal immigrants is not just a problem for the United States, but one it shares with Australia and the European Union. In response to a recent surge in emigrants from Cuba, when residents of the island believed a change was coming in how they would be treated by the United States, the Coast Guard sent a number of 50-year-old 210-foot cutters to carry out the mission, but four had to be sent into emergency dry dock.

To replace them, 154-foot fast-response cutters were sent. Zukunft said those cutters, with smaller crews than the 210-footers, “were not designed to hold migrants for days on end.”

Calling drug-trafficking a $750 billion enterprise, he said narcotics “come ashore well south of here,” but “once ashore, they are very difficult to detect.” The goal is to stop the shipment at sea. With better intelligence now available, the days when “most often you went home skunked” in trying to interdict drug traffic has changed dramatically. A recent deployment of cutter USCGC Boutwell (WHEC-719) resulted in 13 successful seizures.

Still, Zukunft said, “I have a $10 billion slingshot” to stop the flow of drugs. He estimated that since the Sept. 11, 2001 terrorist attacks on the United States, “450,000 Americans have died from drug overdoses.”

One possibility to help meet a variety of mission requirements in the hemisphere would be station 110-foot patrol craft in Central American countries, as the Coast Guard currently does in Bahrain.

“That would be a very good fit for us,” he said.

The Coast Guard has an aging fleet that includes the 210-foot cutters, 60-year-old waterway craft or one-of-a-kind vessels—icebreakers. The services acquisition budget has dropped from about $1.5 billion to less than $1 billion.

Zukunft said the Coast Guard has strong support from Department of Homeland Security Secretary Jeh Johnson in modernizing the fleet, but first it has to get past the Continuing Resolution that bars new programs. The department is the only federal agency operating under such a resolution, passed by Congress in response to executive orders affecting the legal status of some illegal migrants. The resolution expires next month.

Looking at other vessel requirements, he said the service is trying to answer the questions of “what would it take to put [heavy icebreaker] USCGC Polar Sea (WAGB-11)back together” after years of inactivity and “hopefully keep it on life support for 10 years,” or invest in building a new vessel that would take several years to be ready.

The current icebreakers are like an old car you want to get rid of, he said, but demand for them never lessens.

The Polar Regions are of increasing importance as more commerce is being shipped through the Northwest Passage and mineral exploration of the Arctic has started. The United States will chair the eight-nation Arctic Council, which includes Russia, for the next two years in addressing those issues.

As for how to pay for new icebreakers, one approach would be “looking across all of government for the resources.”

He added the Coast Guard is working on a five-year strategic intent to determine future needs and “not [be] a fist-pounding ‘I need more’ [document].” Part of that changed world likely to be covered in the intent is recognizing the United States now produces more oil and gas than any other nation and is a net exporter, and the impact of the Panama Canal expansion allowing it to handle larger tankers and container ships.

The look includes training. “I can’t send apprentices to sea” to carry out so many different tasks, ending the service’s “Swiss Army knife” approach to training.

At the same time as the intent is being developed, the 22 agencies in the department are working more closely together and have established joint task forces to better coordinate their missions.

Zukunft said in talking with combatant commanders they want more Coast Guard in their areas of responsibility. Reflecting on the demands on the 55,000 men and women he has in the active and reserve component and existing fleet it comes down to: “How far and wide can I spread the peanut butter?”
Now, “I’m stacking it in the Western Hemisphere.”