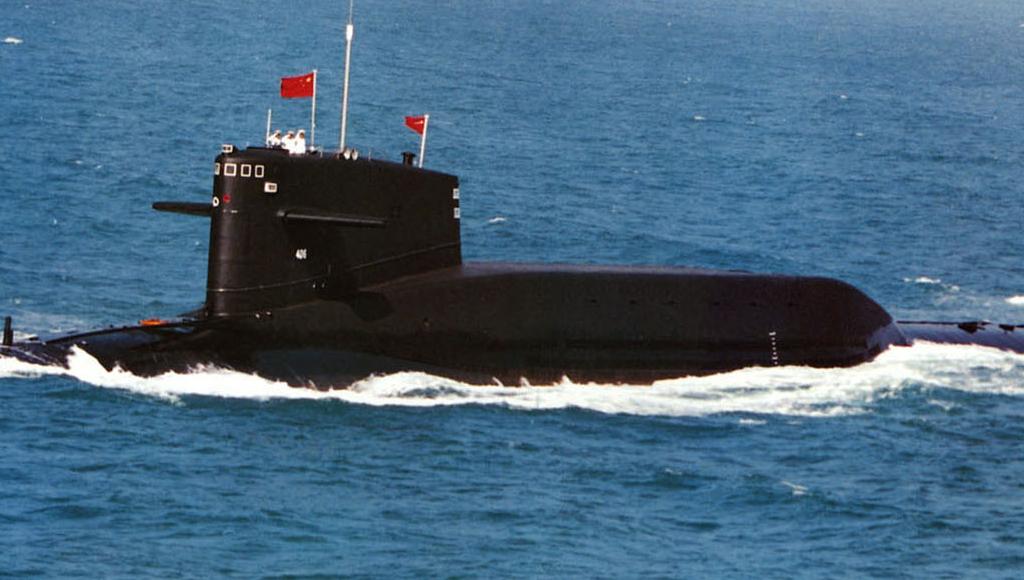 While Russia continues to steadily invest in strategic capabilities, the head of U.S. Strategic Command (STRATCOM) said there is some transparency in what they are spending money on because of treaty requirements. But with China the story is very different, Adm. Cecil Haney told the Atlantic Council in Washington, D.C.

“The piece that concerns us, and we work hard at is, China is not transparent in terms of its intentions and in terms of its [nuclear] development programs,” He added that “when we look at our relationship with countries like Russia, being able to have this transparency through new START treaty is very important to both our nations.”

Through the ups and downs in Russian–U.S. relations, “we have continued to inspect each other, per plan, associated with that treaty, for example. When we look at China, we haven’t been invited to come explore what they have associated with things in their nation.”

At the same time, Haney said, there is no corresponding command to his in China with which to discuss such events as long-range missile tests or cyber operations. To bridge that gap, he is working through Pacific Command on these issues with China on a military-to-military basis. As limited as that is, “those kind of things are good” in building respect and understanding

Looking at Russia’s investment in capabilities from miniaturizing missile warheads to a new class of ballistic-missile submarine, Haney said, “This is not about a continuation of the Cold War. . . . This is about emerging capability at a time of significant concerns in Russia’s execution of their near and abroad strategy,” including Russia strategic bombers penetrating U.S. and allied air defense zones. “Or perhaps you saw President [Vladimir] Putin on YouTube or his commanders in action, both in 2013 and during the Ukraine crisis in May of 2014. Russia also has amazing cyber capability. We just have to look back at Georgia and Ukraine.”

Haney said, “This is not about getting into some Cold War race with Russia, It’s about dealing with it professionally and thoughtfully, using all our mechanisms as a deterrent. We certainly don’t know what is inside Putin’s mind right now.” What is needed, he said, is thoughtful analysis.

As for North Korea, he acknowledged the value of “deterrent missions,” such as the daylight, slow overflight of the peninsula by a B-2 when Pyongyang ratcheted up tensions. It also helped operators hone their skills, but he warned against chest-thumping responses in every case.

“As you look at the art of deterrence, the business of being able to have survival capability matters and the business of being able to predict and follow the movements of North Korea to deter that business is important. Already they had three nuclear tests associated with things. They are very vocal where they’re trying to head with associated capability.”

It’s very important for Strategic Command to work closely with key allies in the region—South Korea and Japan—and the combatant commanders in deterring North Korea, he said.

In countering terrorists and attacks such as those in France, Australia, Canada, and Nigeria or cyber or possible weapons of mass destruction attacks, Haney said, “It’s a long journey for us—from cranial thinking to tactical capability.”

As for his own force in the light of problems identified in safety, security and testing, Haney said he is “very happy we found the problem and eradicated the problem.” He said as a result of the nuclear review ordered by Defense Secretary Chuck Hagel some remedies required leadership initiatives and others require resources, such as modernizing facilities, etc., and the command is taking those measures.

He also said that exercises such as those conducted this summer with Northern Command and Canada were important in building skills and competence in the force.

Haney said the United States needs to invest in modernizing its strategic forces from sensing and communications to the nuclear triad, and he recognized the high cost of doing so. “We should be proud of the fact that we made the investment in the B-52,” which is still flying after almost 50 years and remains “durable, flexible and survivable.”

Programs such as the replacement for the Ohio-class ballistic-missile submarine and a new intercontinental ballistic missile “need to be in the budget,” but did not whether they should be in a special category of their own or continue in existing budget lines for shipbuilding and missiles. The president’s budget is scheduled to be released in February.