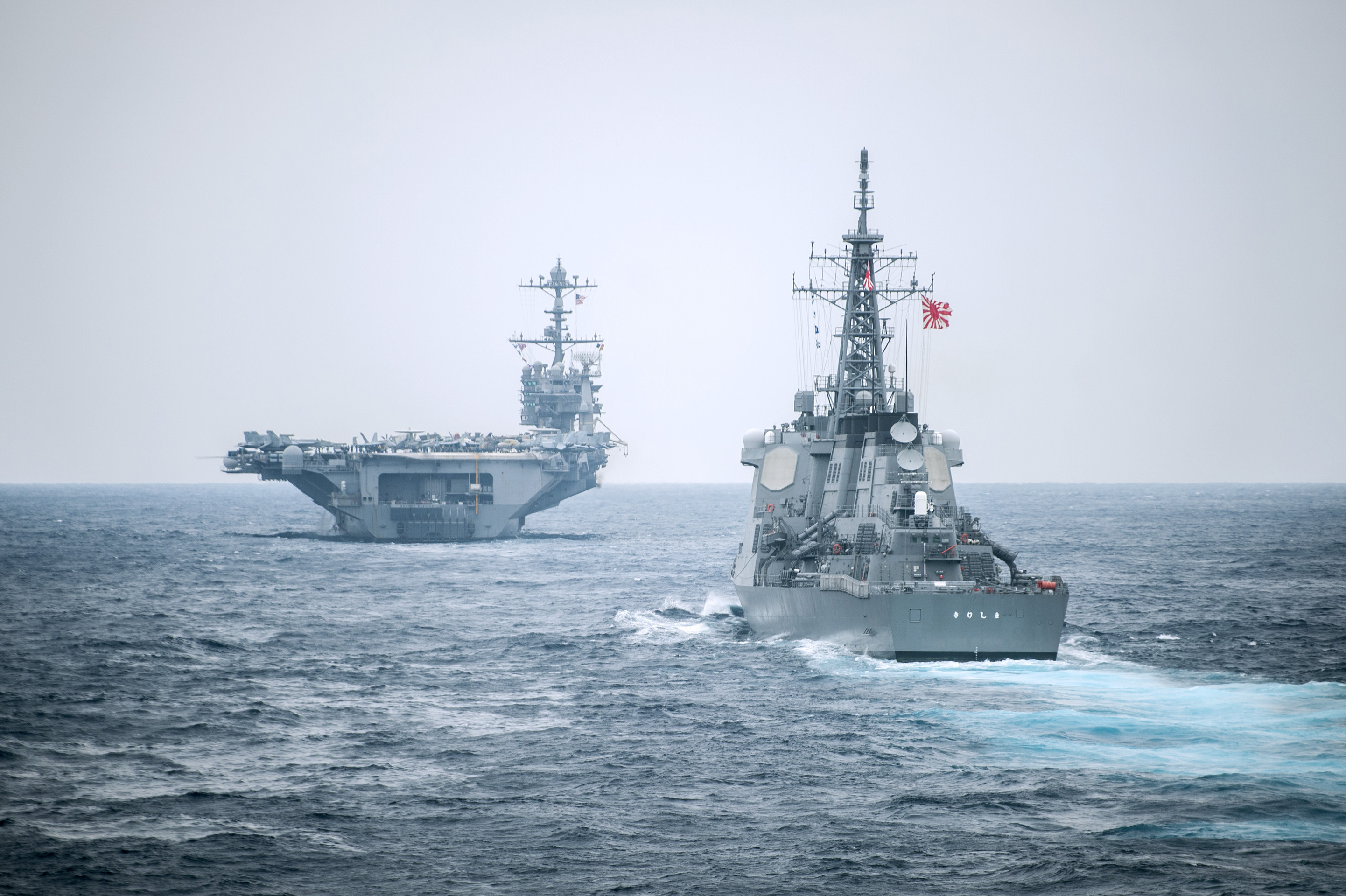 One of the first questions facing the new Congress and the administration when they look at security issues in Asia this year is deciding whether to invest in new capabilities, to counter new threats including cyber or continue to invest in platforms — like aircraft carriers — to demonstrate the United States continued commitment to the region, a senior policy analyst said Monday.

Michael Green, a senior vice president at the Center for Strategic and International Studies, said nations all around the region are following what the United States will do as the impact of automatic budget cuts loom in the near future that will force decisions on how to spend ut the fewer dollars that will be available.

Specifically, Green said the administration and the Department of Defense need to develop and communicate a consistent strategy for East Asia, in particular, to the Republican-controlled Congress and to the nations in the region.

“[In] every speech, priorities are changing,” he said in introducing a report from the center on how the administration and Congress can work together over the next two years on trade, security and diplomatic issues in the Pacific — Pivot 2.0.

At the same time, Congress has to provide the necessary funds to relieve the pressure on Okinawa as the United States realigns its forces in the Pacific. While allies and partners are picking up much of the cost of realignment in their nations, “the United States has to pay for new facilities in Guam,” an American territory.

“Congress needs to show we’re serious about easing the burden on the Okinawan people,” said Christopher Johnson with CSIS.
“Okinawa is going to be harder after [its gubernatorial] elections” for the United States to retain a large military presence on the island.

Looking at China in the coming year, Johnson cited a recent speech by President Xi Jinping at the nation’s Central War Conference where he outlined steps “to take a much more forward-leaning diplomacy” in putting relations with its neighbors on a higher level rather than concentrating on relations with the United States.

“This is a very dedicated effort” that includes “soft power,” particularly economic integration from increased trade to development.

Bonnie Glaser, another CSIS expert on China, said the economic integration is what “we are seeing now,” a move by China to open “a 21st century maritime Silk Road” with more distant nations in the region while maintaining the traditional Silk Road of trade with its close neighbors.

“That’s really the nub. We certainly don’t want to see more intimidation” by China in territorial disputes with a number of nations from Japan to the Philippines and Vietnam.

Glaser did not foresee an immediate change in relations between China and Taiwan this year, pending its presidential elections in 2016. She did see Taiwan remaining “extremely interested in submarines, in building submarines” with help from other nations to meet China’s naval buildup.

As for China’s ties with North Korea, Johnson said Beijing no longer sees that as “a special relationship,” but as “a normal state-to-state relationship” with China the senior partner.

Green said that South Korea, Japan and the United States need to do more in the sharing of intelligence and missile defense to counter threats from the North. North Korea is expected to test another nuclear device this year, he said.

A potential wild card in looking at security issues in the Indo-Pacific could be the drawdown of forces in Afghanistan affecting United States relations with India.

Richard Rossow, also of CSIS. said the Indians see the pullback as presenting a new threat to them as terrorists would be freer to attack targets in their country rather than battling the Afghans and international security forces.

Complicating matters on the subcontinent would be additional U.S. aid might provide Pakistan in its crackdown on terrorists in its northwestern territories, he said. Pakistan and India, both nuclear power, have been traditional enemies since both became independent in 1948. They have fought several wars in that time, often over control of Kashmir.

Green said relations with Pacific nations has historically been “one of the most bipartisan areas” of agreement on Capitol Hill and with the public. “The real question now is whether it can be sustained.”

“Perhaps the most important thing we can do” in building that relationship with those nations in this Congress is to pass the Trade Promotion Authority and Trans Pacific Partnership agreements, Green said. The agreements have support on both sides of the aisle and in both houses.