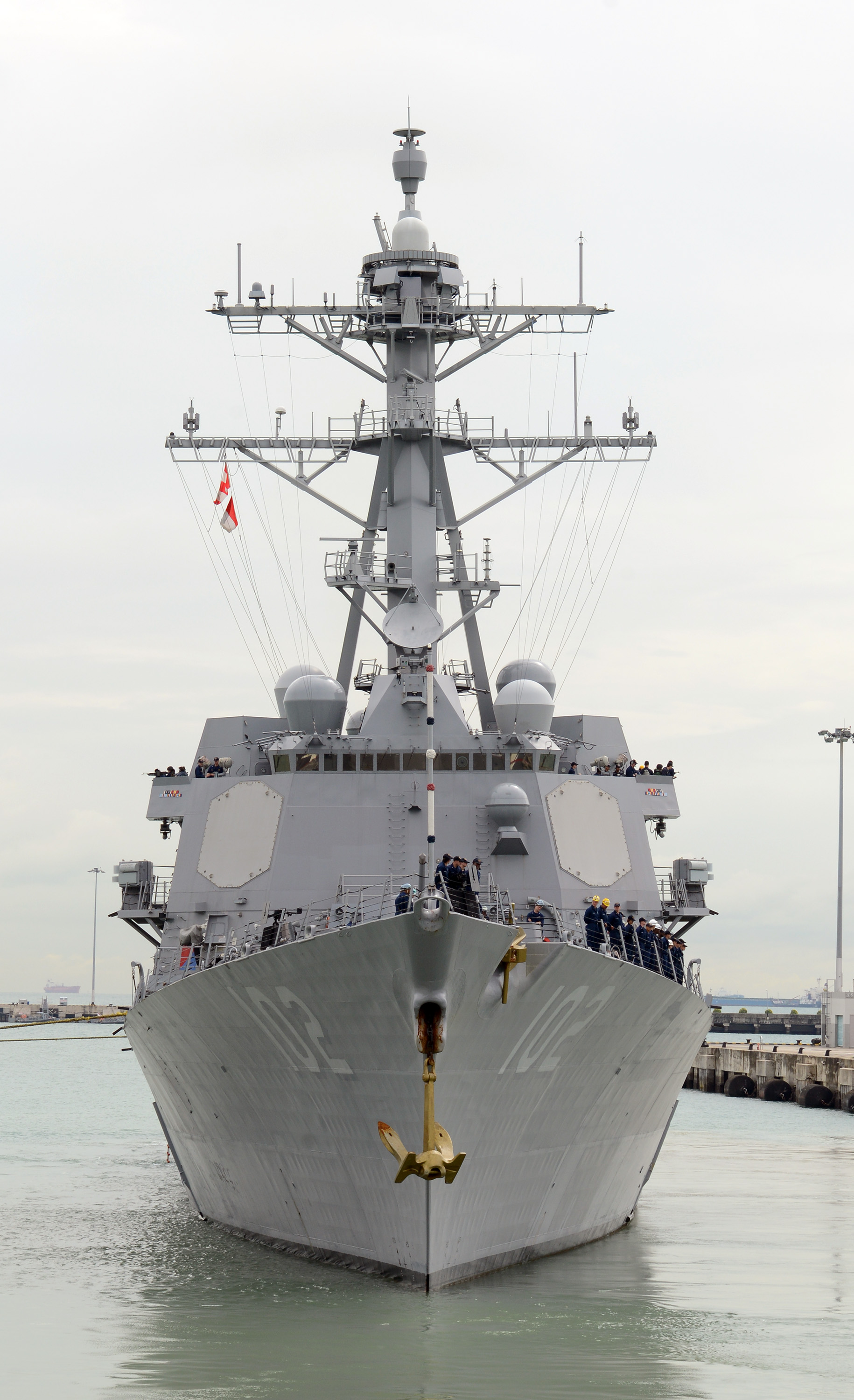 The headline of this post was updated to reflect USS Fort Worth (LCS-3) is being prepared to travel to the search area for the missing Air Asia flight. As of this update, the ship is still docked in Singapore.

Responding to a request from the Indonesian government, the U.S. sent guided missile destroyer USS Sampson (DDG-102) to help in search for the missing Air Asia Flight QZ8501 and has prepped a black box detector for the effort, Navy officials told USNI News on Tuesday.

Sampson is currently on station in response to a Monday request from the Indonesian government for assistance in the search for the plane. Littoral Combat Ship USS Fort Worth (LCS-3) is being prepared to travel to the search site from Singapore, according to a Tuesday tweet from Pentagon spokesman Rear Adm. John Kirby.

In addition to Sampson and Fort Worth, the Navy has prepped a TPL-25 — the service’s flight data recorder detector — but it hasn’t been yet requested by the Indonesian government, USNI News understands.

“The U.S. Navy is working closely with the government of Indonesia to identify additional surface or airborne capabilities that best assist their search efforts,” the Navy said in a statement.

Earlier Tuesday, carrier Air Asia confirmed that bodies and debris found near the flight path was from Flight QZ8501.

“The debris of the aircraft was found in the Karimata Strait around 110 nautical miles south west from Pangkalan Bun,” according to the company.

The Air Asia flight bound for Sinapore — with 162 on board — lost contact with air traffic controllers on Dec. 28.

During the search for the Malaysian Airlines Flight 370, the Navy sent Boeing P-8A Poseidon maritime search aircraft, the TPL-25 and a Bluefin 21 unmanned underwater vehicle (UUV).