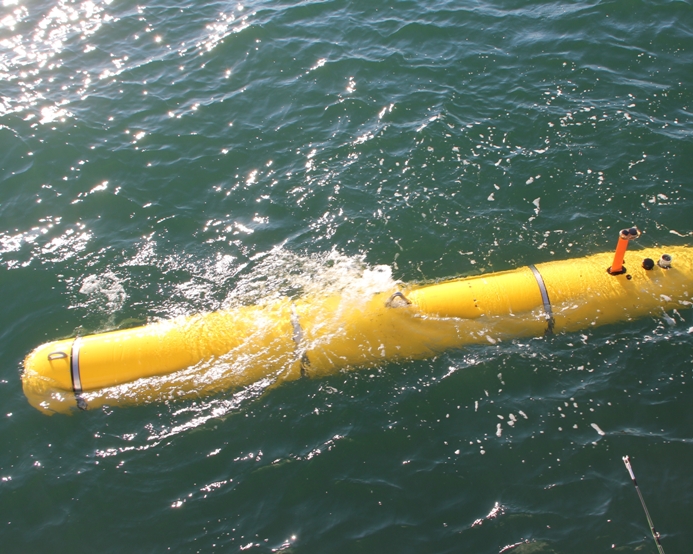 The Bluefin-21 autonomous underwater vehicle (AUV) is part of an additional search effort from the Navy to locate the airliner, presumed to have crashed in the Southern Indian Ocean off the western coast of Australia.

The torpedo shaped AUV can operate almost up to three miles underneath the waves and is equipped with a variety of sonar and cameras that could possibly detect debris at the depths of the ocean floor and transmit locations to nearby motherships on the surface.

A version of the Bluefin-21 has been tested extensively by the Navy as an adjunct to the service’s mine hunting ships and aircraft as part of the planned Knifefish AUV program. The program is planned as a future component of the Littoral Combat Ship’s mine countermeasures (MCM) mission package.

The sonars and cameras onboard mine hunting variant are designed to create a highly detailed picture of the ocean floor to allow operators to determine if objects on the bottom area mine threat or harmless debris. 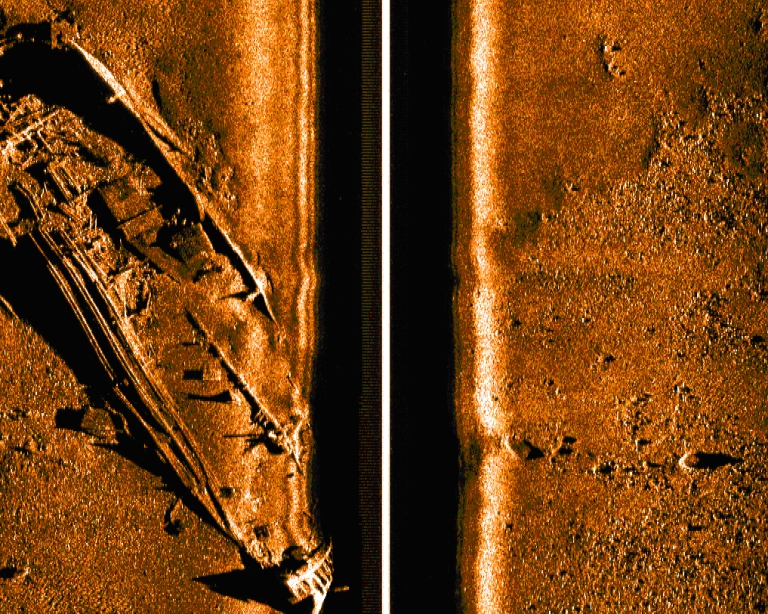 An image from a Bluefin-21 sonar search. Bluefin Robotics

The AUV is designed to operate for up to 20 hours without refueling and can scan regions at a speed of two to three knots, according to information from Phoenix International — the owner of the Bluefin-21 the Navy is sending to Australia.

The Bluefin-21 will work in concert with a towed sensor that detects the signals from flight data recorders (so-called black boxes) Navy has dispatched to Australia to aid in the search effort for the missing airliner.

The TPL-25 — one of two in the Navy’s inventory — can be towed by several types of ships and will be operated by a team of sailors and civilian personnel on a vessel thought to be the supply ship Seahorse Standard — currently under contract by the Royal Australian Navy, Navy officials said.

The ray-shaped sensor can detect the signal sent out from the flight data recorder and help search and recovery teams zero in on the location of a downed airliner. 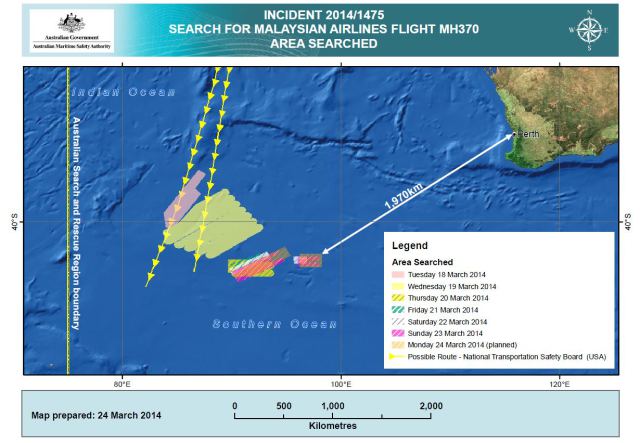 The move from the Navy follows findings of a team of British satellite data analysts who helped the international search effort narrow the focus of the search for the missing airliner, Malaysian officials said earlier on Monday.

Until now, searchers have focused on satellite and aircraft searches for the missing plane.

Though useful in finding objects at the bottom of the ocean, the limited range and speed of the Bluefin-21 would not have been useful until a search area could be narrowed down. U.S. Pacific Command requested the TPL-25 and Bluefin-21 in the event they might be needed, Pentagon spokesman Rear Adm. John Kirby told Pentagon reporters Monday afternoon.

“In order for this technology to be useful, you have to have an identified area on the sea bottom that you want to go look at it. You have to give it some parameters,” Kirby said.
“Right now, we’re not there.”

The Bluefin-21, the TPL-25 and their crews left New York this morning and are due in Australia on Wednesday morning, Navy officials said.