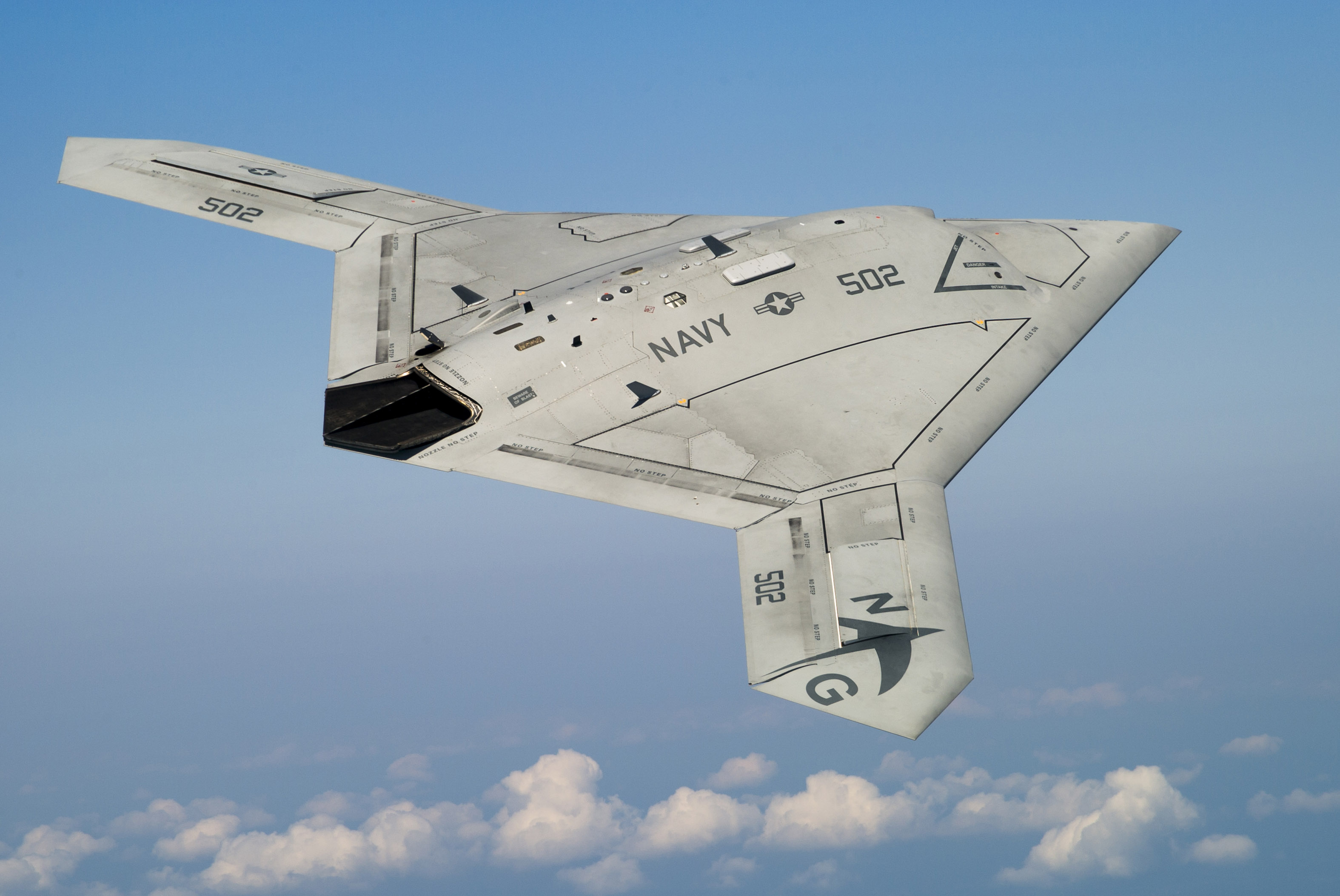 If the Navy can get the resources, it plans to test an aerial refueling capability on its experimental carrier-launched unmanned aerial vehicle, the X-47B, as early as next year, Naval Air Systems Command officials told USNI News on Tuesday.

“Those efforts include additional [carrier] detachments and AAR software coding through the remainder of this calendar year,” said NAVAIR program manager Capt. Beau Duarte in a statement provided to USNI News on Tuesday.
“If resources allow, the Navy may demonstrate autonomous engagement flight testing in fiscal year 2015.”

NAVAIR has conducted AAR tests with a surrogate aircraft to test the X-47B software that allows the test plane to mimic the interaction between the tanker and the aircraft receiving the fuel but stops short of a mid-air refueling.

One of the two X-47Bs — called Salty Dog 501 and Salty Dog 502 — is equipped with an aerial refueling capability, USNI News understands.

AAR has become an issue in the ongoing debate over the Navy’s plan for a production carrier-based UAV, the Unmanned Carrier Launched Surveillance and Strike (UCLASS).

Outlines for a less expensive and more surveillance oriented UCLASS eschew the need for AAR and create an aircraft with a longer inherent endurance and a lower cost per airframe.

Advocates for a more heavily armed and stealthy UCLASS say that AAR is essential for extending the range of the aircraft for deep penetrating strikes.

“The current trajectory for the Navy program was 14-plus hours of unrefueled endurance, which then forces you to compromise on payload as well as on signature reduction,” Robert Martinage, former Department of the Navy under secretary and currently with the Center for Strategic and Budgetary assessments told National Defense Magazine on Monday.
“If the aircraft is capable of air-to-air refueling, the argument in favor of really long unrefueled organic range — 14 hours plus — is weakened.”