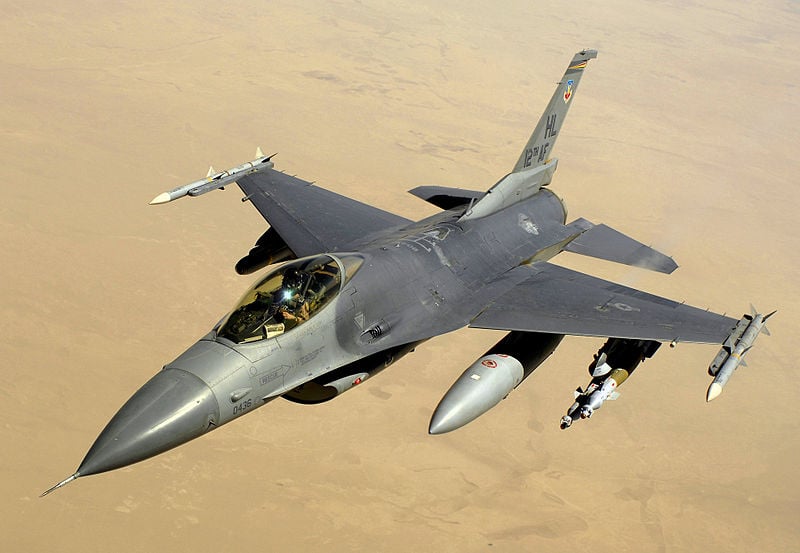 The Pentagon has identified the U.S. Air Force F-16 Falcon pilot who was killed in a Sunday crash somewhere in the Middle East, according to a statement released by the service.

Capt. William H. Dubois was killed shortly after takeoff while on a mission to support the ongoing air strikes against Islamic State in Iraq and Syria (ISIS). He was from New Castle, Col. and assigned to the 77th Fighter Squadron, part of the 20th Fighter Wing based at Shaw Air Force Base, S.C.

Dubois, 30, was attempting to return to the unnamed air field and died in the attempt, according to CENTCOM.

U.S. Central Command (CENTCOM) said Monday the fighter did not go down in Iraq or Syria.

The incident remains under investigation.

The U.S. operates from several bases in the Middle East but is often reluctant to name the locations citing the generic, “host nation sensitivities.”

According to a Monday report in The Washington Post, “recent airstrikes in Iraq and Syria have been carried out from several bases in the Persian Gulf region, including Al Udeid Air Base in Qatar, Ali al Salem Air Base in Kuwait and al Dhafra Air Base in the United Arab Emirates.”

The following is the complete Dec. 2, 2014 release from the Pentagon.

The Department of Defense announced today the death of an Airman who was supporting Operation Inherent Resolve.

Capt. William H. Dubois, 30, of New Castle, Colorado, died Dec. 1 when his F-16 aircraft crashed near a coalition air base in the Middle East. He was assigned to the 77th Fighter Squadron, Shaw Air Force Base, South Carolina.