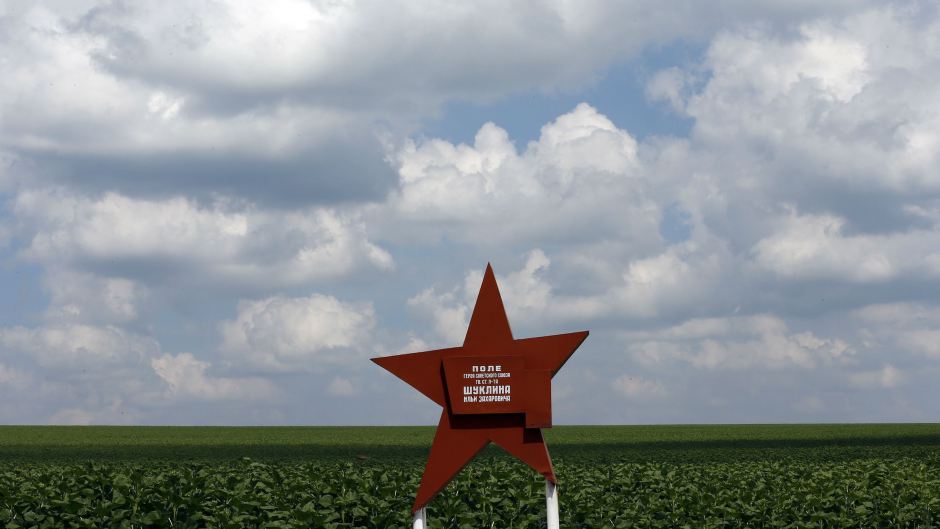 Farmland in Ukraine. Photo via Reuters

The surprising winner in the turmoil engulfing Ukraine is turning out to be China, a top U.S. expert on Central Europe and Russia said on Monday.

Ukraine has lost thousands of lives in the fighting, the European Union and U.S. lost stature in failing to react to the February annexation and subsequent referendum of Crimea “and Russia has lost because of sanctions,” Yale University history professor Timothy Snyder said during a presentation at a forum at the Center for Strategic and International Studies in Washington, D.C.

The reason is twofold: “Russia is a much weaker negotiator on [the price] of natural gas,” having recently completely a sales agreement with China to replace potential losses under sanctions in Western Europe, he said. At the same time, China completed negotiations with Ukraine to lease about nine percent of its grain-producing lands to feed its own people. This Russian tilt toward China will have longer-term consequences.

“In foreign policy, you like to have options of playing one side against the other,” as Russia did with the European Union and China — both economically stronger than Moscow, Snyder said.

Russia moved closer to China and, “the tilt toward China is going to be a downhill slide” for Russian President Vladimir Putin that he or his successor will need to correct, Snyder said in answer to a question.

Yet the Russian moves, including using soldiers in uniforms without insignia, in Crimea and other parts of eastern Ukraine have strong support among the Russian people.

But Snyder added, “I think it all got out their hands,” and the result was ratcheting up tensions and military operations to prove that the initial move in Crimea was the right one.

“It was clear pleasure [the Russian political elite] were having in Crimea,” he said.

He dismissed Putin’s contention that Crimea and eastern Ukraine are Russian by history and language, a similar argument Adolf Hitler made in claiming Sudetenland in pre World War II Czechoslovakia. Using 1815 as a high point of the Russian empire following the defeat of Napoleon Bonaparte and restoring it to those boundaries would also allow Portugal and the U.K. to reclaim its colonies in Africa and Asia.

Snyder said history could be viewed as always learning from the past in a comprehensive manner or using a fragmentary approach.

“I think it’s not accidental” that Putin uses the same argument as Hitler in 1938, he said.
“He does read history [but in a] post-modern fragmentary way.”

The differences between Russia and Ukraine show up in other ways than the reading of history. “Russian society is tilting toward the right” on social issues while Ukranians are moving more in alignment on these questions with Europe.