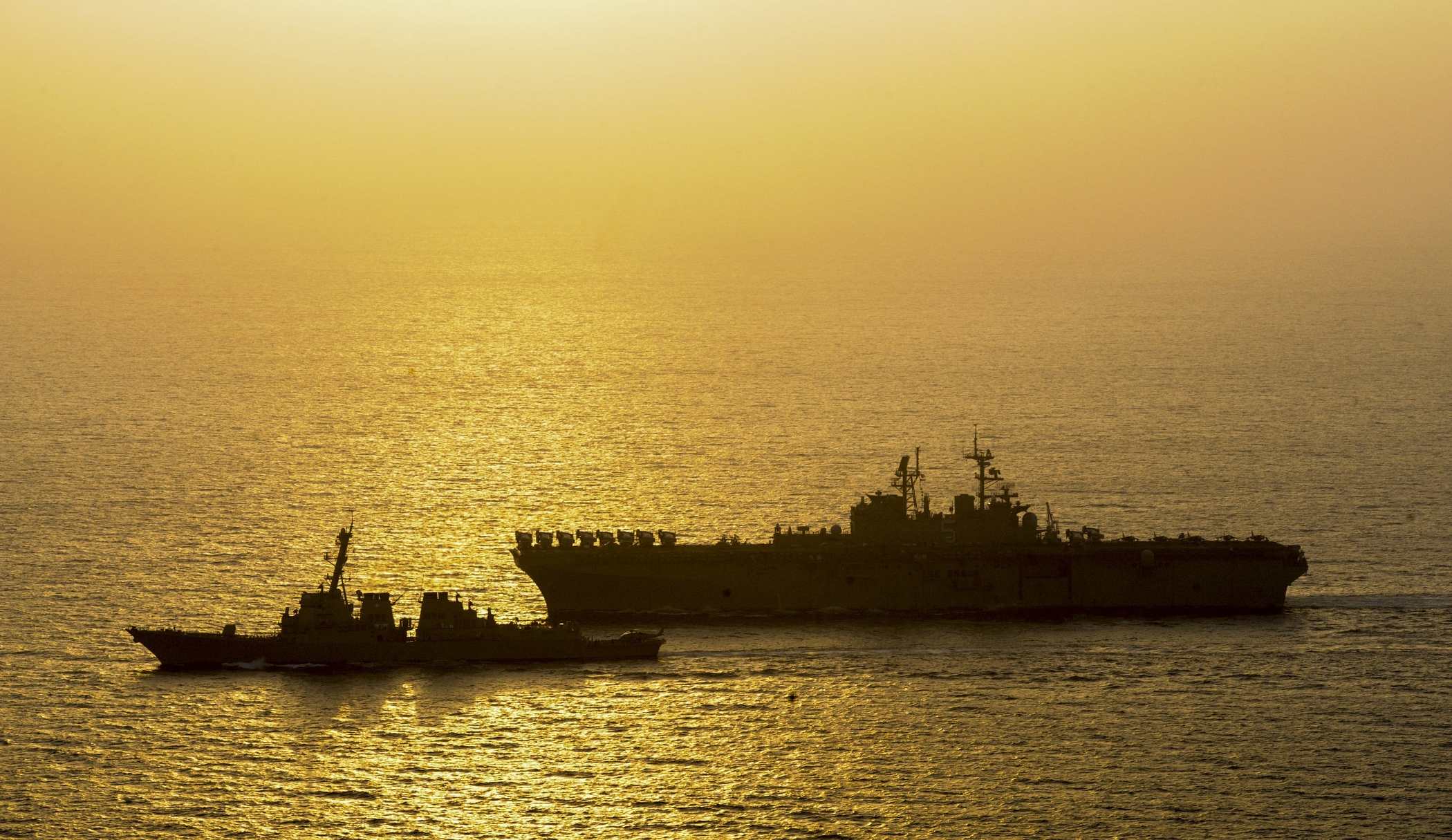 The three ship Bataan Amphibious Ready Group (ARG) has left U.S. Central Command and transited into the U.S. 6th Fleet area of operations ahead of an expected October return to Naval Station Norfolk, Va., the U.S. Navy announced on Friday.

The ARG — based around the big-deck amphibious warship USS Bataan (LHD-5) — has been supporting U.S. operations in Iraq and Syria before being relieved by the San Diego, Calif. based Makin Island ARG.

Notably, the ARG/MEU was involved in the air operations against Islamic State of Iraq and Syria (ISIS or ISIL).

“The Air Combat Element [ACE]of the 22nd MEU executed strike missions against [ISIS] in Iraq and non-traditional intelligence, surveillance and reconnaissance (NTISR) flights over Iraq and Syria,” according to a Friday statement.
“Additionally, the Bataan ARG/MEU successfully completed two rescues at sea, a number of support operations and participated in the first days of exercise Eager Lion.”

All three ships from the ARG were operating the Persian Gulf in July — mostly in support of the anti-ISIS operations.

In May, Bataan was deployed off the coast of Libya as a hedge against growing popular unrest in the country.

The Bataan ARG had previously deployed in 2012 for a deployment that was unexpectedly extended to last almost a year.

Two-thirds of the crew from the 2012 deployment are currently on the ship, according to a report in the Navy Times.

The trio of ships is due back to Naval Station Norfolk by the end of the month, the service said.