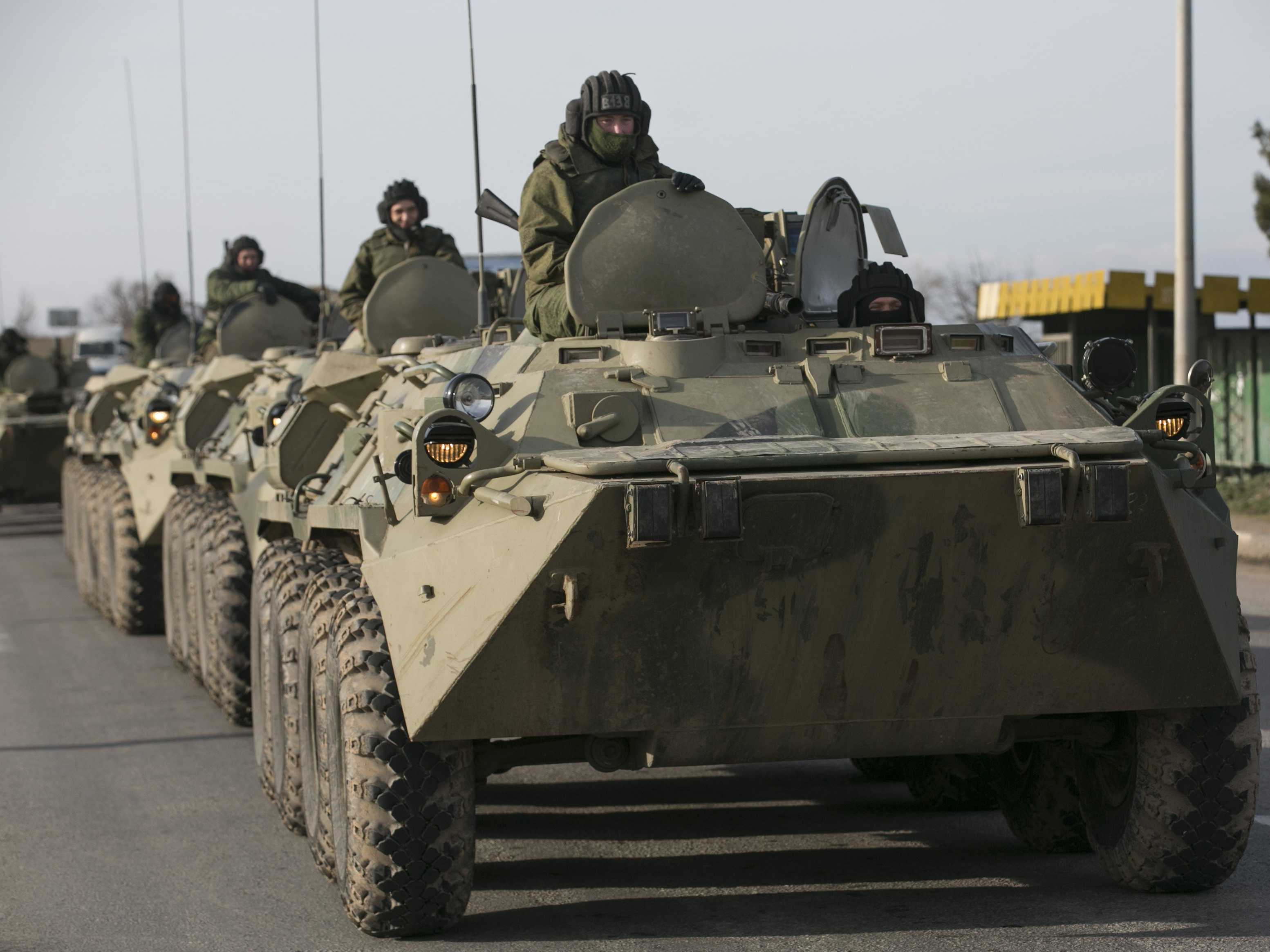 The way out of the Ukraine-Russia crisis lies in both countries realizing they “are not just neighbors, but relatives”—a goal not easily reached, a former senior State Department official said. He added, “Let’s just hope they survive the next week” as fighting has stepped up around separatist strongholds in Donetsk and Luhansk.

Strobe Talbott, now with the Brookings Institution, a Washington think-tank, said, “Ukraine has had 20 years of one lousy government after another” that have never carried out the reforms necessary “to make it a [stable] state.” Former president Viktor Yanukovich fled the country earlier this year in the wake of popular demonstrations in Kiev, the capital, and other large cities in the western part of the country over whether Ukraine should move closer to the European Union or work inside Russia’s newly created Eurasian Zone.

What followed in Crimea and other parts of eastern and southern Ukraine, Talbott said, was a Russian invasion, “piecemeal with little green men,” but now as the Ukrainian armed forces have regrouped “the Russians are losing.” Speaking on Wednesday at a Brookings forum on the crisis, he said, “There are face-saving ways to end this conflict.” A meeting between newly elected Ukrainian Petro Poroshenko and Russian President Vladimir Putin is scheduled for next week in Minsk.

“This is ‘The Guns of August’ stuff,” Talbott said, referring to Barbara Tuchman’s book on the origins of World War I. But if Moscow did commit militarily to an overt invasion, it would find itself fighting an urban insurgency, even in areas of the Ukraine with large Russian ethnic populations.

Susan Glasser, editor of Politico, said, Washington and European capitals “pretend it’s not an invasion” in looking at the months-long escalation of tensions in the Ukrainian regions bordering Russia, in which some estimate 2,000 lives have been lost.

Clifford Gaddy, a biographer of Putin and also with Brookings, said the chances of an all-out Russian invasion were “minimal” because “I don’t think [Russia] has begun to use the [tools] they have”to influence events in the Ukraine without direct military intervention. “Russia has subsidized that country” with energy sales, economic development, foreign investment, and food exports for decades.

Gaddy said that Putin has come a long way from the first days of his administration in 2000, moving away from the Western economic reformers in Russia, riding the surge in oil prices—from $10 to $147 a barrel—for a short time to building an economy that can survive new shocks including recessions and sanctions.

As an example, Gaddy said, Putin has rebuilt Russian food production using protectionist laws in response to food sanctions imposed by the United States, Western Europe and Australia for its actions first in Crimea and then in other parts of Ukraine. “Putin is often more resilient than we give him credit for” in devising means to overcome challenges.

Although he has to cope with elites, Putin does not have to worry even about a Politburo when he sets a political, economic or diplomatic course. “He is an autocrat,” whose actions are extremely popular with most Russians.

Although Gaddy said “Putin has a distorted view of the world” and the United States, he and the other panelists agreed that Putin “never really accepted [that Ukraine and other former Soviet republics in the “near abroad” are] not part of Russia.”

The United States and the West say those moves by Putin are “counterproductive, when we mean stupid,” Talbott said.

Glasser said Putin does not see Russia’s dealings with those nations as being foreign policy matters but as part and parcel of his domestic policy. Talbott agreed and described it as a “Putin Doctrine” of exercising influence across borders where there are large concentrations of Russians.

As a former counter-espionage KGB officer, “Putin has no compunction whatsoever for turning truth on its head” when talking about the world or Russia, Talbott said. He added that Putin believes the United States and the West are responsible for starting the street demonstrations that toppled the Yanukovich regime, as they were in the break-up of the Soviet Union.

Putin “is fairly transparent about his goals” with his disdain for democracy and invocations of a 19th-century view of Russia as a first-rate power in a 21st-century world, Glasser said. “You’re going to see [Russia] showing up again in Latin America, Africa, and Asia,” but without the ideological bent of the Soviets.

All agreed that there will be no more “resets” in relations between the United States and Russia during the remainder of President Barack Obama’s administration. If that is the case, Gaddy asked, “what are we doing [to reach out] to the modern progressive sectors of Russia. Do we really have a plan” of how to proceed with them and Russia as a whole?