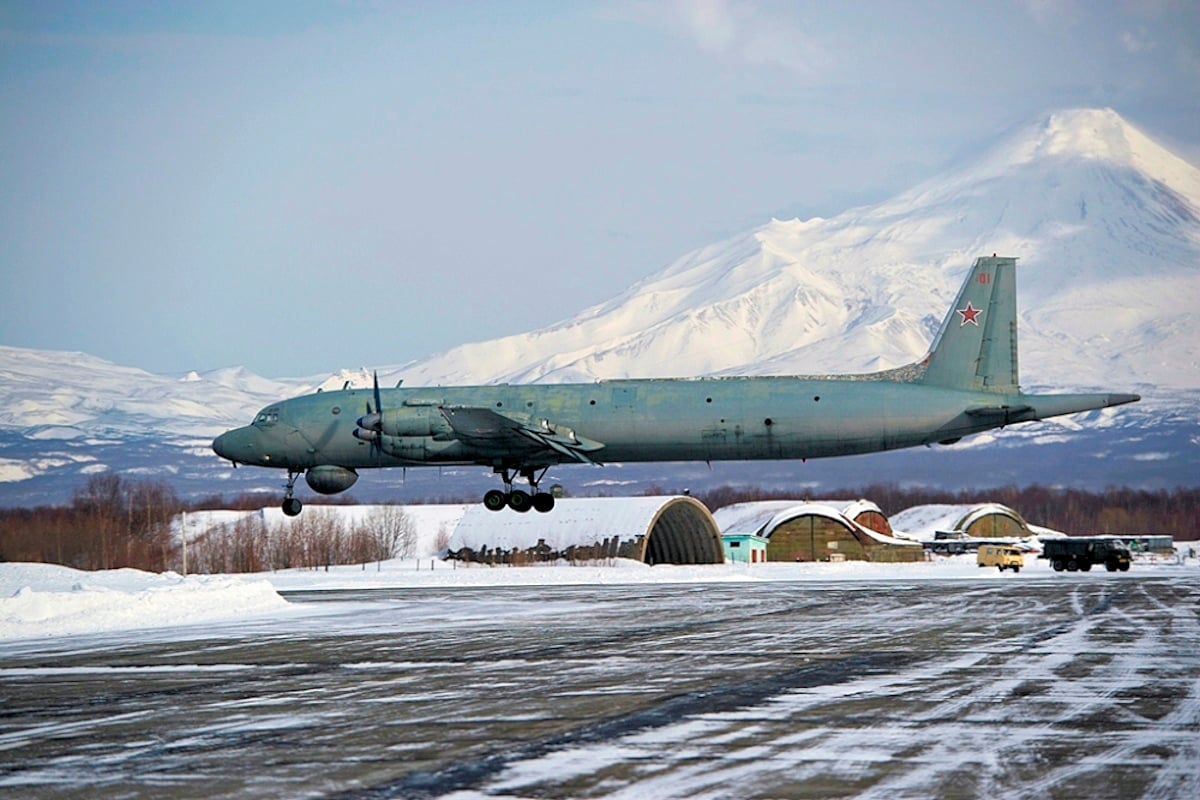 An April 2014 photo of a Russian Ilyushin Il-38 Anti-Submarine Warfare (ASW) aircraft. The U.S. denied reports a similar aircraft chased off a U.S. Virginia-class submarine from the Barents Sea.

“There is no truth to this story; there was no U.S. submarine in the area,” read a statement from EUCOM.
“Unknown on other nations, but it was not U.S., and we had nothing in any
boundary area on the day in question.”

Surface and air elements — including at least one Ilyushin Il-38 ASW aircraft — of the Russian Navy’s Northern Fleet had expelled the submarine from Russian “boundary waters,” a Northern Fleet spokesman told Interfax.

The Barents Sea is on the Russia and Norway’s Arctic shore.

The weekend’s back and forth between the Russian Navy and EUCOM is the latest indicator of rising tensions between Western allies and Russia since the Russian seizure of the Crimea region of Ukraine in March.

In the last two years, the Russian Navy has expanded its presence in the Arctic. The service has reactivated ten bases along the so-called North East Passage.

Likewise, the U.S. Navy often operates in the Arctic. U.S. nuclear attack boats frequently travel under the icepack to transit back and forth between the Pacific and Atlantic oceans.