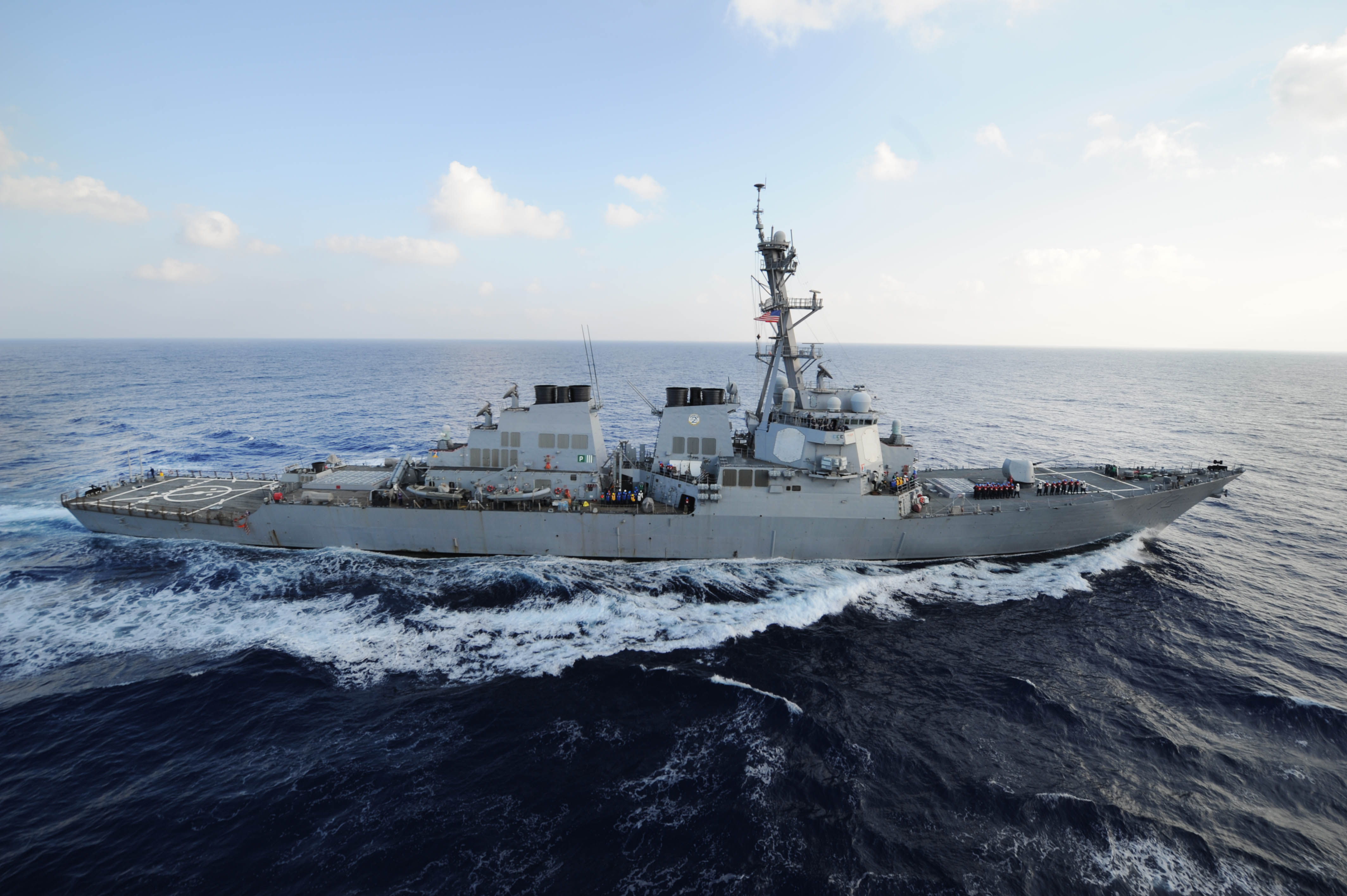 The ballistic missile defense (BMD) capable destroyer is shipping out after an eventful nine-month deployment in 2013 as part of a BMD patrol in the Mediterranean attached to U.S. 6th Fleet.

Mahan was one of four guided missile destroyers poised to launch guided missiles into Syria following the revelations of an alleged chemical weapons attack by the Bashar al-Assad regime.

The ship was eventually recalled back to Norfolk following the negotiated stand down in which resulted in the seizure of Syria’s chemical weapons stockpiles.

Sixty percent of the crew on the cruise is present for the current deployment, according to a Monday story in Navy Times.

Outside of the Syria standoff, Mahan was in the news following the March shooting death of Master-at-Arms 2nd Class Mark A. Mayo. Mayo was shot protecting a shipmate from civilian trucker Jeffery Tyrone Savage who snuck on the base and attempted to storm the ship’s quarterdeck.

The guided missile destroyer USS O’Kane (DDG-77) is also in the Persian Gulf and destroyer USS Arleigh Burke (DDG-51) is currently in port.