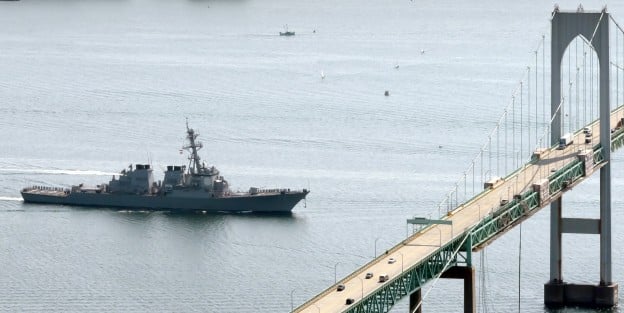 USS Mahan (DDG-72) prepares to pass under the Pell Clairborne Bridge in 2011.

Mahan had a planned ballistic missile defense (BMD) deployment extended in the U.S. 6th fleet area of operations while it waited for the U.S. to take action against the regime of Bashar al-Assad for an alleged chemical weapons attack on Aug. 21.

There are also likely U.S. submarines in the region to assist in the attack, although the Navy does not typically discuss the positions of its submarine force.

The committee could vote on a draft resolution on a limited strike as early as today.