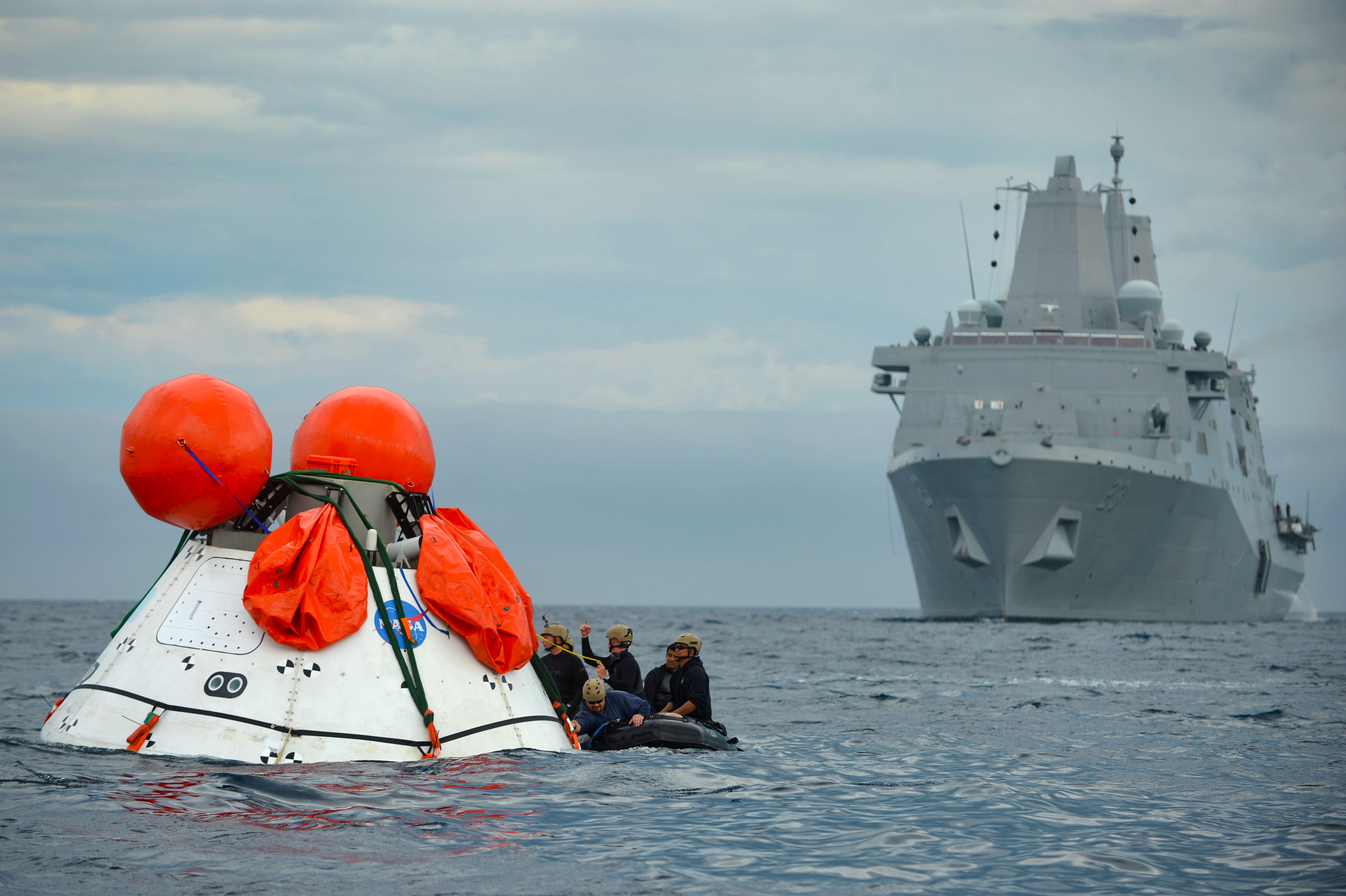 The U.S. Navy and NASA are currently conducting a second round of at sea testing on board USS Anchorage (LPD-23) to learn how to recover NASA’s newest manned spacecraft, service officials told USNI News on Monday.

Underway Recovery Test 2 (URT-2) will test how well a Navy amphibious warship can pull in the manned Lockheed Martin Orion capsule into its welldeck ahead of an unmanned splashdown later this year, according to NASA.

The concept — first tested last August pier side at Naval Station Norfolk, Va. — calls for sailors to meet the capsule in rigid hull inflatable boats after it splashes down. Drivers will check the capsule and lines to allow the ship to winch the capsule into the welldeck of a San Antonio-class amphib will be attached. Once the capsule is secured onto a special cradle, the ship will drain from the welldeck and recover the astronauts.

The last round of testing in February was interrupted before all of the goals could be met, according to NASA.

“During that first underway recovery test in February, dynamic conditions caused activities to conclude before all of the test objectives were met,” read a statement.
“Since then, the team has been working on concepts that would allow them to safely recover Orion despite such conditions.”

NASA is also currently evaluating modified equipment to the recovery regime ahead of an anticipated URT-3 in September. 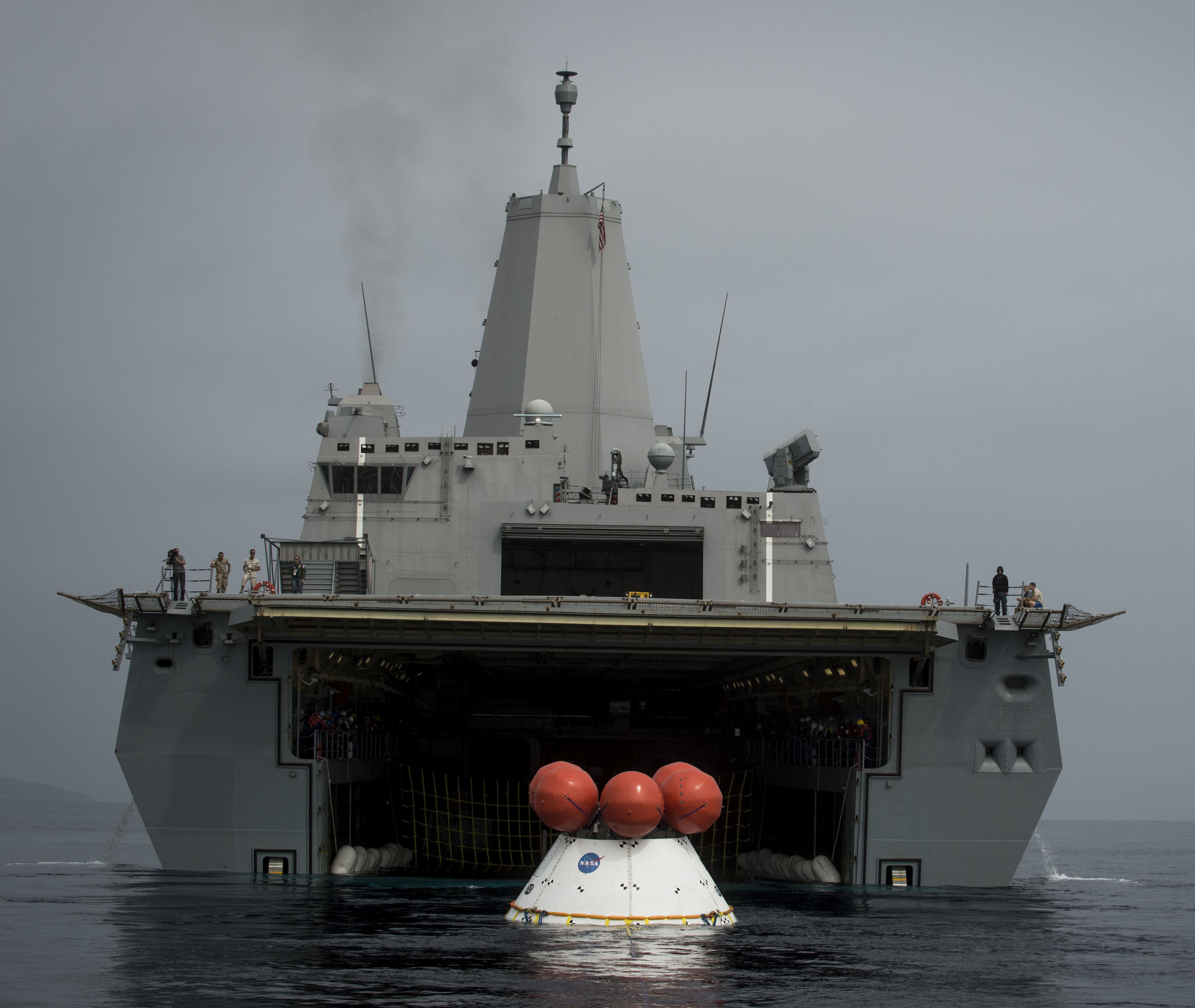 The Orion test capsule enters the welldeck of USS Anchorage (LPD-23) as part of ongoing testing. US Navy Photo

“All of this testing ensures NASA can retrieve the Orion capsule safely because it helps the team understand how to adjust for various water conditions and contingency scenarios,” according to the space agency.

The testing will culminate in the recovery of an Orion capsule as part of Exploration Flight Test-1 (EFT-1) — originally set for September now planned for December.

In EFT-1, an unmanned Orion capsule will ride a Delta IV-Heavy rocket for its first out-of-atmosphere flight test. The altitude will be enough to simulate a full reentry from space.

The combination of the San Antonio-class’ AN/SPS-48 air-search radars and extensive medical facilities are ideal for the recovery mission, NASA officials told USNI News in 2013.

Before the era of the Space Shuttle, the Navy and NASA teamed to recover capsules from the Mercury to Apollo space programs.

The dramatic helicopter recoveries provided some of the most iconic earthbound images from the Space Race era.