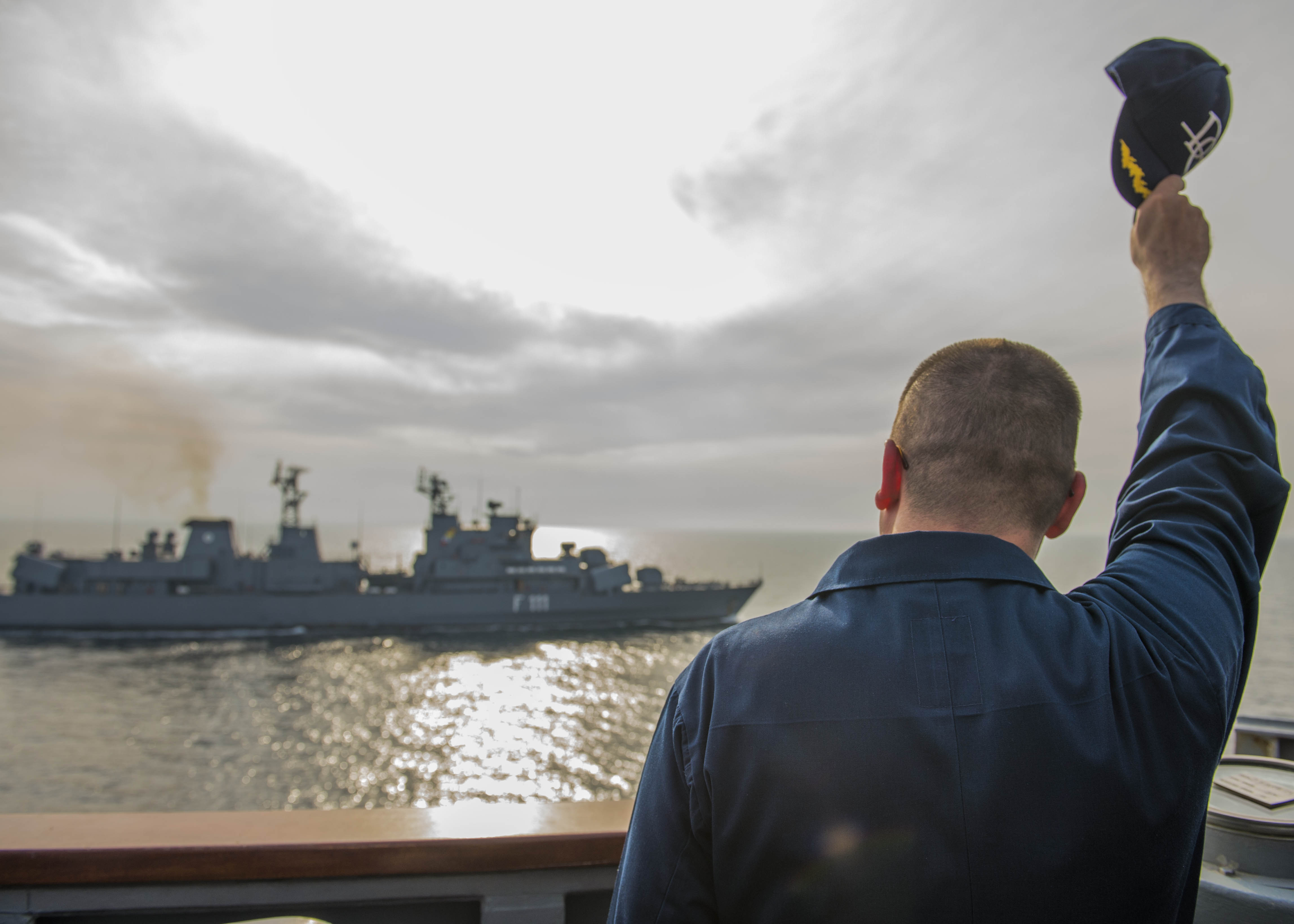 Much of thefour-month patrol focused on presence missions in the Black Sea following the seizure of the Crimea region of Ukraine by Russia in March.

In an April patrol in the Black Sea, Donald Cook was buzzed by Russian fighters in an action called “provocative and unprofessional” by the Pentagon.

During the patrol, the ship conducted port visits in Romania and Albania and participated in a range of presence missions, according to the U.S. Navy.

“Our presence within the Mediterranean Sea emphatically demonstrates the U.S.’s resolve to further strengthen our trans-Atlantic bond with NATO and our European friends and partners,” skipper Cmdr. Scott Jones said in a statement.
“It demonstrates a clear commitment to furthering the interoperability between our sea faring forces and helping to ensure peace and stability in the region. We are fully committed to being present where it matters, so that we can be relevant when it matters.”

Donald Cook is the first of four Aegis-armed Arleigh Burke-class ballistic missile defense (BMD) ships that are forward deployed to Rota as part of the Obama administration’s European Phased Adaptive Approach (EPAA). The mission — mostly based in the Mediterranean — is designed to provide a mobile BMD capability for U.S. and European allies.