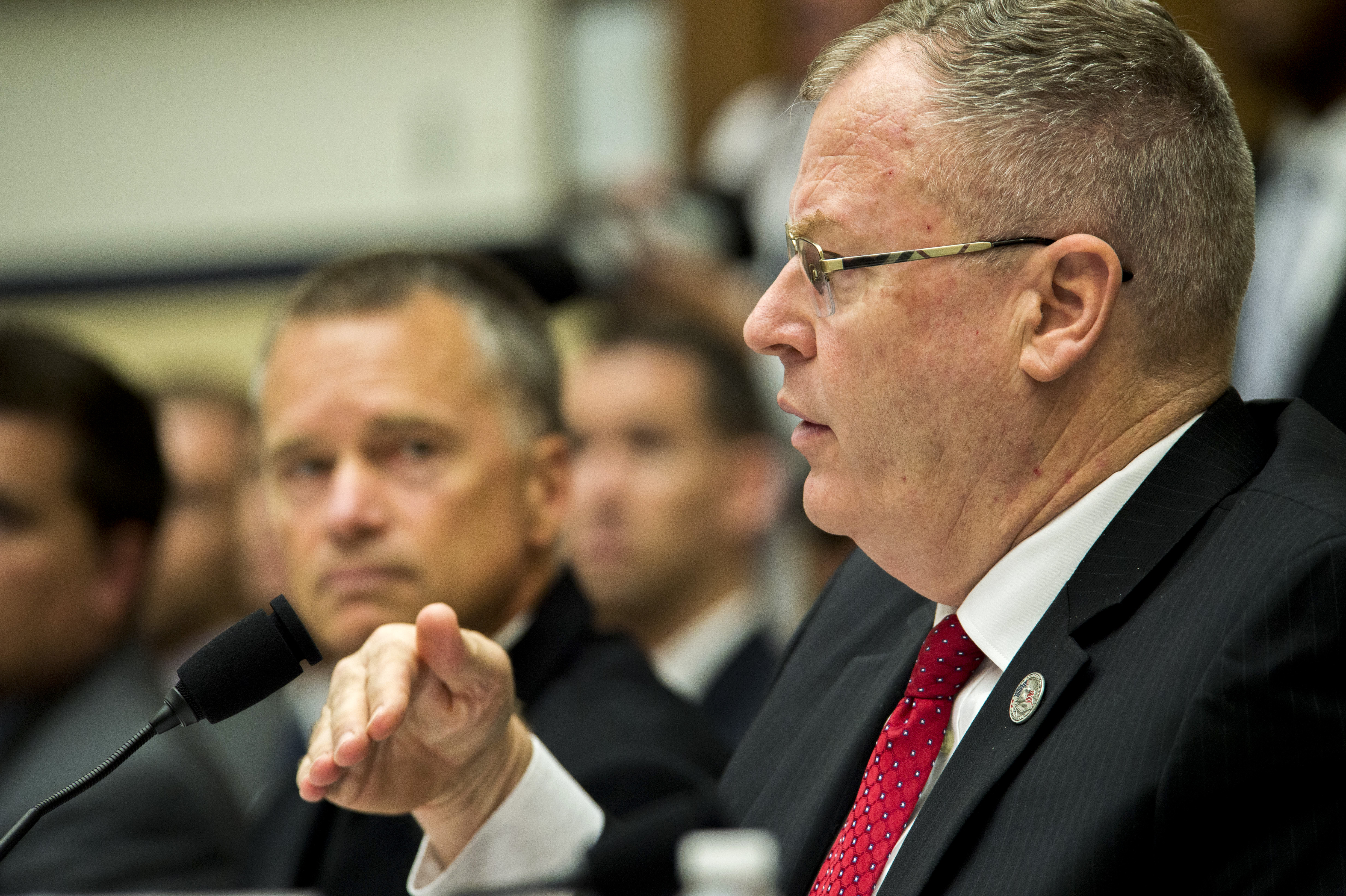 Republicans and Democrats on the House Armed Services Committee fired bipartisan shots at the administration’s request for $58.6 billion in emergency spending, targeting two new categories of spending for counterterrorism efforts in the Middle East and reassuring European allies.

Both initiatives came to Capitol Hill inside the larger request covering military operations in Afghanistan, with few specifics on where the money would go and no consultation with Congress before Wednesday’s hearing.

The die was cast in the opening statement from Chairman Howard “Buck” McKeon (R-Cailf.) directed at Bob Work, appearing before the committee for the first time as the deputy secretary of defense. McKeon pointed out that the overall request “has little detail and contains new funds and authorities that Congress heard about for the first time in the press, rather than from the department.” That tone lasted to the session’s end, two hours later, when ranking member Adam Smith (D-Wash.) said of the counterterrorism proposal, “This is really poorly drafted,” adding, “That’s why it never hurts to talk to Congress” before a public hearing.

Two parts of the $5 billion requested for Counterterrorism Partnerships Fund, called a “kind of piggy bank” or a “slush fund” to cover other contingencies by Vice Chairman Mac Thornberry (R-Texas) and Rep. Walter Jones (R-N.C.), drew the most fire: $500 million for “crisis response” and $500 million to train and equip moderate Syrian rebels.

Deputy Secretary Work; Adm. James “Sandy” Winnefeld, vice chairman of the Joint Chiefs of Staff; and Mike McCord, Pentagon comptroller, agreed with committee members that the department already had much of the authorities it was seeking in the new request but needed flexibility to handle unanticipated events involving terrorism, and in Europe, such as Russia’s meddling in Ukraine.

Using the declaration by the Islamic State of Iraq and Syria of a new caliphate in the two countries as a reason for the counterterrorism fund, Work said, “We know that we’re going to be doing something. We’re not sure what it is. It’s impossible for us to predict what it might be.”

Winnefeld warned that if sequestration returned and the Overseas Contingency Operations request—as the emergency spending bill is officially called—is rejected, “You will have a broken force at the end of the day. We will not be able to execute even close to what the [national security] strategy calls for us to do.”

If the two initiatives were pulled from the larger emergency request, they would have to be paid for out of the base budget. Work said that would “hamstring” American forces and come out of the readiness accounts. “This is something we think about all the time: ‘How do we get out of this readiness trough over the coming years?'”

Winnefeld said that the overall request covers neither regular military training nor routine aircraft carrier operations costs. But it would be used for the continuing drawdown in Afghanistan to include returning, repairing, and resetting equipment that will continue past Fiscal Year 2015, paying for the soldiers and Marines called to service to meet the surge of forces in Iraq in 2007, responding to natural disasters (such as the most recent earthquake in Japan), or positioning an Army missile defense battery in Turkey.

Work and Winnefeld both said it was not going to be used for the chiefs of staff’s unfunded requirements list or to cover shortfalls in the budget that cleared the House in May and is awaiting a conference with the Senate to resolve differences.

Jones, whose district includes Marine Corps Base Camp Lejeune, said the American taxpayer “is frustrated and broke” over this spending and wonders why the Pentagon is “asking for the money with such waste, fraud and abuse going on in Afghanistan. I don’t know why you need this money.”

Work said, “We believe the money we are requesting is for a worthwhile endeavor.”

In his opening statement, Work said the request is about one-third less than it was a year ago and reflects the continuing drawdown of forces in Afghanistan.