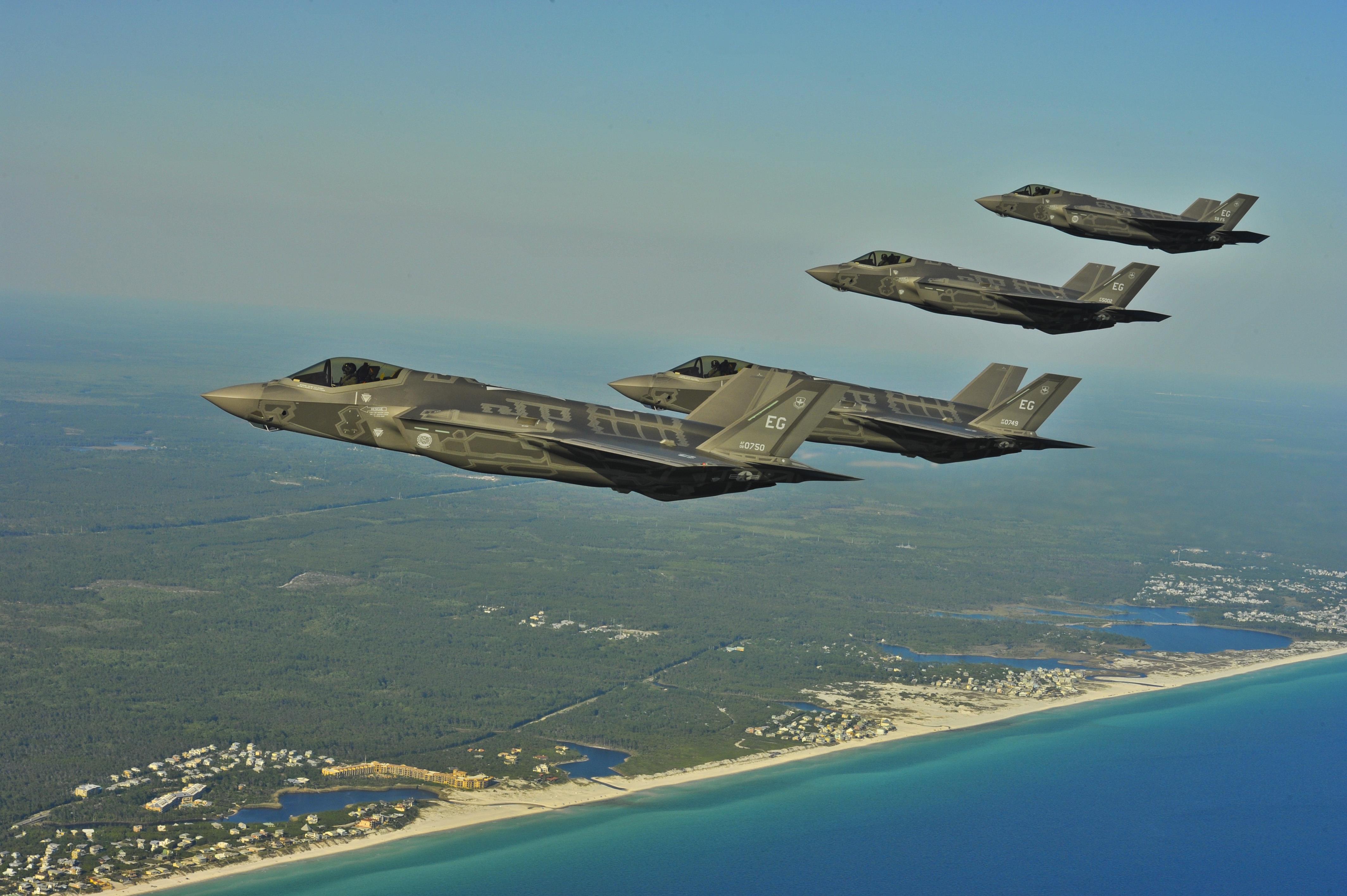 This post was updated to include additional Tuesday afternoon comments from Rear Adm. John Kirby.

The Lockheed Martin F-35 Joint Strike Fighter fleet has been cleared to fly within a restricted flight envelope after the jets were grounded following a June 23 fire that severely damaged an aircraft on take-off.

A problem with the jet’s Pratt & Whitney F135 engine caused the fire.

“Yesterday the air worthiness authorities for the U.S. Navy and U.S. Air Force approved the F-35 fleet to return to flight,” said Pentagon press secretary Rear Adm. John Kirby in a statement.
“This is a limited flight clearance that includes an engine inspection regimen and a restricted flight envelope which will remain in effect until the root cause of the June 23 engine mishap is identified and corrected.”

Undersecretary of defense for acquisition, technology and logistics Frank Kendall told reporters in London that the problem that caused the fire does not appear to be a fleet wide issue.

“We don’t see at this point what I call a systemic problem,” he said.

According to Kendall, the fire was a caused by fan blades on an integrally bladed rotor (IBR) rubbing against the engine casing. The blades were in the third stage of the F135’s turbine section. While some level of rubbing is acceptable, this particular engine was operating beyond tolerances.

Former Pentagon official Pierre Sprey, and frequent F-35 critic, said that micro-cracks developed in the blades before the rubbing led to a catastrophic failure.

“If the micro-cracks came first and very slightly elongated the fan blades, the rubbing plus heating that led to the ultimate disintegration would have been a consequence of far-to-early fatigue micro-cracks–and that means a redesign and requalification of the third stage,” he told USNI News.

The Pentagon said on Tuesday the F-35 will not make an appearance debut at the Farnborough airshow outside of London this week.

“I can confirm that the Department of Defense in concert with our partners in the U.K. has decided not to send Marine Corps and U.K. F-35B aircraft across the Atlantic to participate in the Farnborough air show,” Kirby said in a Tuesday afternoon press conference.
“This decision was reached after a consultation with senior leaders and airworthiness authorities, despite the decision by airworthiness authorities to clear the aircraft to return to flight — to limited flight.”

The fleet-wide grounding of the F-35 raises questions about the wisdom 2011 cancellation of a backup engine for the aircraft called the General Electric F136.

The original idea was that Pratt & Whitney and General Electric would complete to supply engines keeping prices down and production quality high, however then-secretary of defense Robert Gates cancelled that effort due to cost. Having two engines would also mean that the entire fleet could not be grounded due to an engine malfunction.