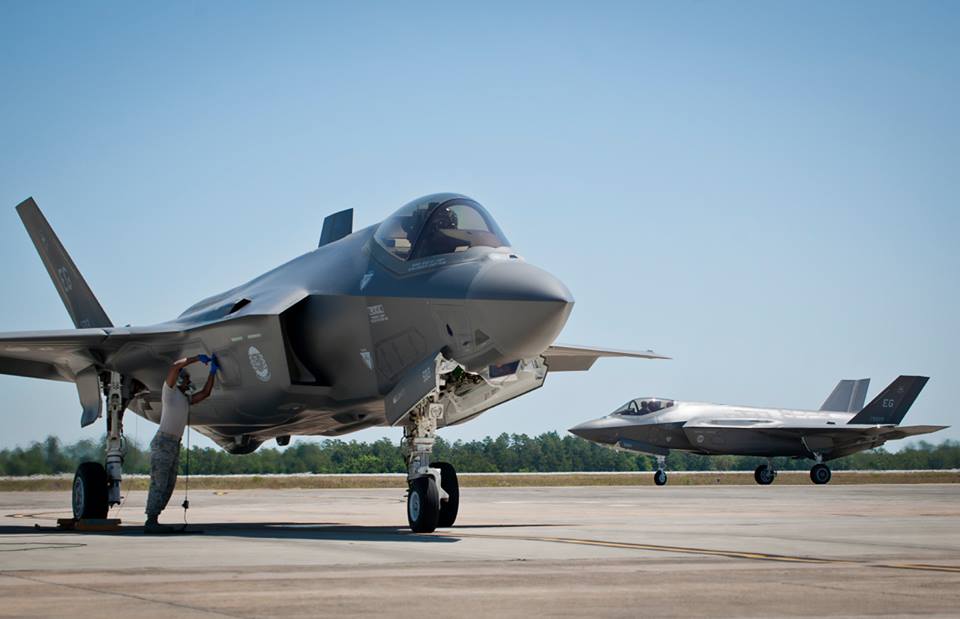 This post was updated to include a statement from Lockheed Martin.

No injuries were reported and officials have begun an investigation into the incident, defense officials told USNI News on Monday.

“The aircraft was preparing to conduct a continuation training mission at the time of the incident, but aborted during takeoff at Eglin Air Force Base due to a fire in the back end of the aircraft,” according to a Monday statement provided to USNI News from the Air Force.
“Emergency responders extinguished the fire with foam.”

The aircraft was a F-35A — the Air Force variant of the fighter — assigned to the 33rd “Nomads” Fighter Wing. The wing is schoolhouse for all versions of the JSF and trains sailors, airmen and Marines.

“We have a robust and extensive training program in which every pilot and aircraft crew member is trained in order to respond quickly and correctly in the event emergencies occur,” said U.S. Navy Capt. Paul Haas, the 33rd Wing vice commander in the statement.
“In this case, the pilot followed the appropriate procedures which allowed for the safe abort of the mission, engine shutdown, and egress.”

The base had trained for a F-35 ground fire as recently as mid-May, according to a separate release from Eglin.

“We are aware of the event at Eglin AFB today involving an F-35A aircraft. The aircraft is in the very capable hands of the 33rd Fighter Wing,” a Lockheed Martin spokeswoman said in a statement to USNI News.
“Lockheed Martin informed the wing that we are available for assistance upon request.”

This is the first incident this severe for the JSF during the life of the tri-service program.

There are currently 104 Joint Strike Fighters in the U.S. inventory — split between U.S. Air Force, U.S. Navy and U.S. Marine Corps variants, according to information from Lockheed.

View Eglin Air Force Base in a larger map

Eglin — located on the Florida panhandle — is the home the training centers for pilots and maintainers for all three U.S. variants of the JSF as well as international vairants.

The JSF fleet was grounded earlier this month after a Marine variant of the aircraft suffered an engine oil leak in flight.