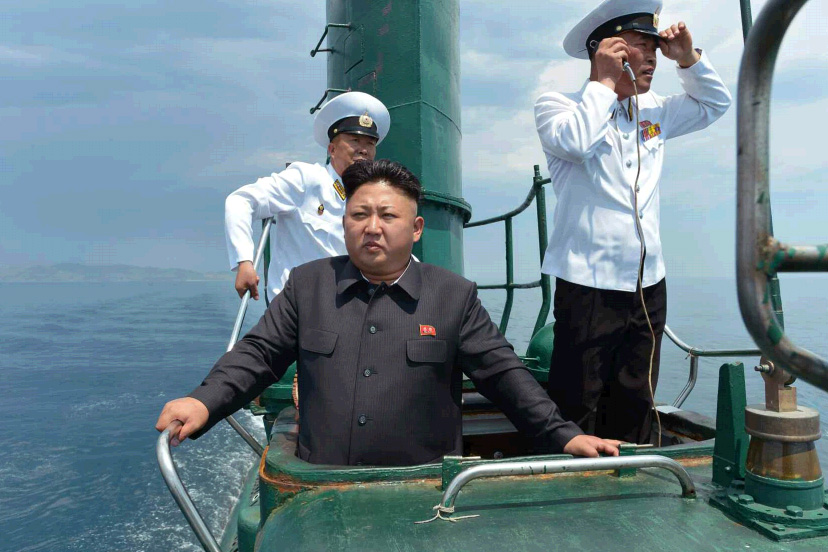 Kim Jong Un stands in the sail of what appears to be a Project 633 diesel submarine. KCNA Photo

The leader of North Korea called for his country to expand its underwater warfare capability in the face of so-called western aggression, according to a press release from the state controlled Korean Central News Agency.

During a visit to Navy Unit 167, Kim Jong Un was photographed underway on what appears to be 1950s era Project 633 diesel electric submarine — one of about 20 in the North Koreans fleet assembled domestically from Chinese parts based on a Soviet design.

“The Party Central Committee is attaching great importance to the combined units of submarines,” Kim as said, according to the KCNA.
“The commanding officers and seamen should clearly see through the motives of the hateful enemies watching for a chance to invade our land and put spurs to combat preparations, thinking about battles only.”

The dictator also outlined a vision for an expanded submarine force with, “the tasks to be fulfilled to round off the combat preparations of the unit and remarkably bolster up the underwater operation capability of submarines and modernize and fortify bases,” KCNA said. 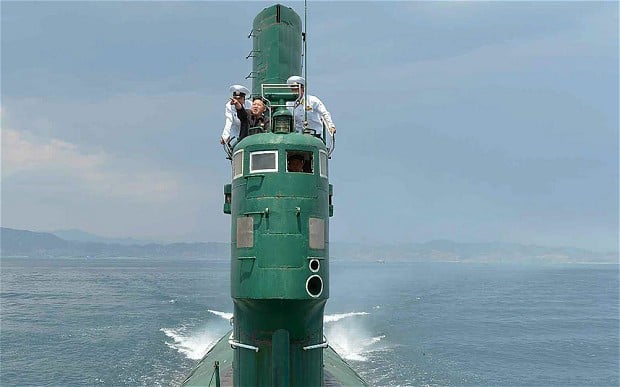 Kim also reportedly provided instruction to the crew and, “set the course of the submarine to the captain and taught him a good method of navigation,” according to KCNA.

The regime has exported a variant of its Yono-class midget submarine to Iran for its Ghadir-class boats.

Like his father, Kim Jong Un is often seen with North Korean military hardware as part of the country’s international propaganda mission.