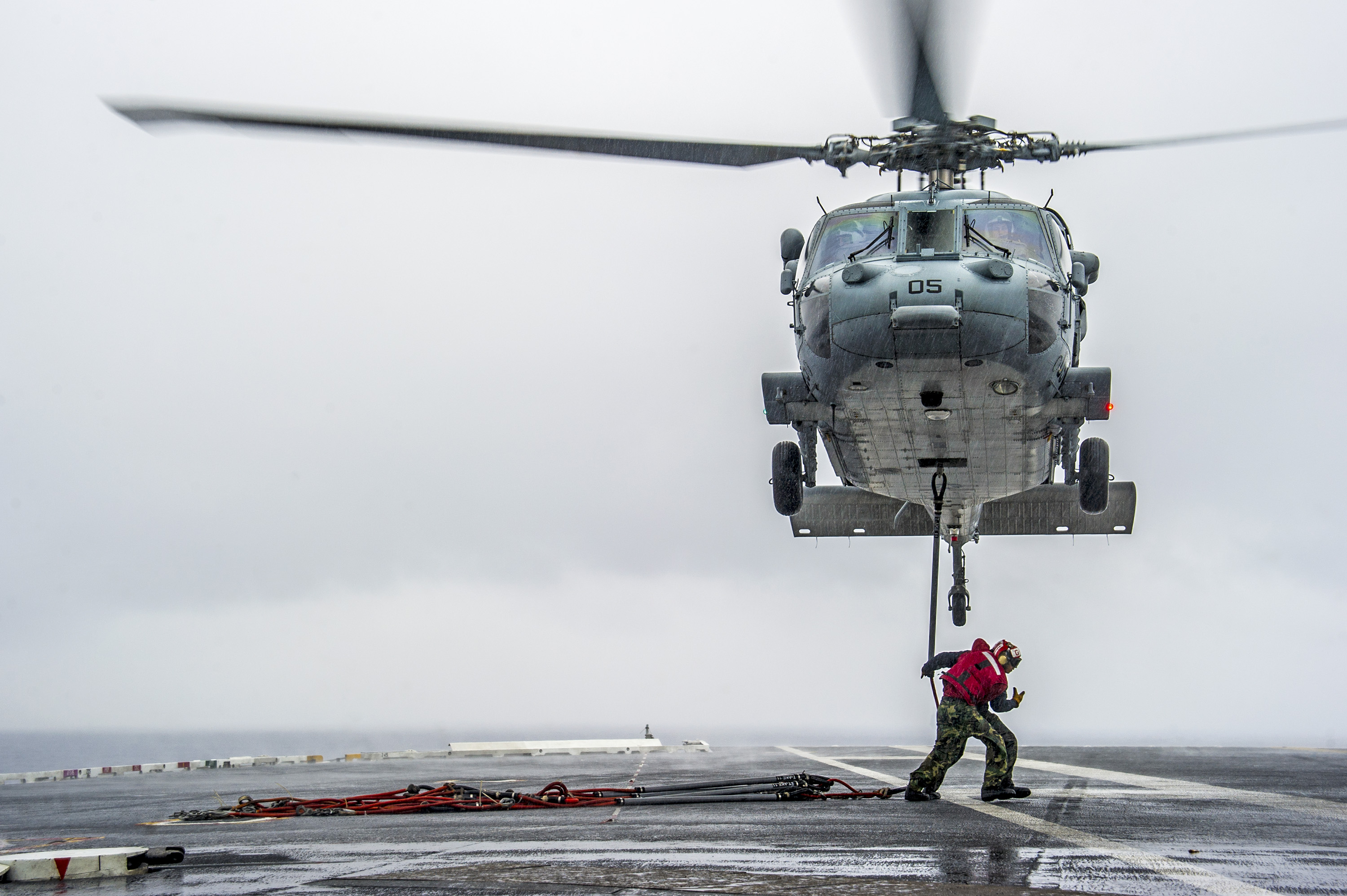 While acknowledging, “we will always have an operational need for vertical lift,” the Pentagon’s tight budget future is keeping the initiative to replace its aging fleet of helicopters on a small science-and- technology diet that worries industry.

Speaking on Wednesday at the Center for Strategic and International Studies in Washington, D.C., Jose Gonzalez, the Pentagon’s deputy director of land warfare and munitions and tactical weapons systems, said, “We find ourselves [in the Defense Department] having to make trade-offs”—and the same constraints apply to the services as they look to the future of vertical lift.

In the 2011 strategic plan creating the future vertical lift initiative, the rotorcraft industry was described as “stagnant.” Gonzalez said, “We have a strong concern for the rotorcraft industry,” and “we have to do everything we can to preserve it.” He cited the Vertical Lift Consortium, an industry group, which works closely with the department to keep each other informed of developments and trends useful to both in answer to several audience questions on when development would begin.

At a February symposium of the Association of the United States Army, an Army official put the science and technology spending on vertical lift at $354 million through 2019.

“Each service is going to have to make decisions” on how much it can afford to spend and when it can spend it on vertical lift, said Army Col. Kevin Christensen of force support division in force management, application and support on the Joint Staff. The competition for funding exists not only among programs but across manpower and programs.

With 23 separate types of aircraft and 6,000 aircraft in its fleet, Brig. Gen. Gary Thomas, USMC, deputy director of force management, application and support on the Joint Staff, added, “It’s not a matter of if, but when. Eventually you get to a point of diminishing returns” in trying to extend their service life because sustainment costs rise. Each of the existing aircraft classes also have their own line of supply increasing costs to maintain divergent inventories.

“The real value may be downstream” in operations and maintenance costs declining in determining the total cost of ownership in developing new aircraft, Christensen said.

Although commonality is being stressed for future vertical lift, this is not an F-35 Strike Fighter program. “It may be several programs,” Christensen said, based on weight, need for speed, altitude and range. By having several programs, Gonzalez said industry would benefit. But the engines for large and small aircraft “come out the same way” when needing to be replaced or repaired and the “avionics should be plug and play” whether they are for a Navy aircraft or an Air Force aircraft, Christensen said.

“There are areas we want to be common,” for the aircraft of 2030, Thomas said. As an example of conditions today, Christensen said as an aviation battalion commander in Iraq five years ago if a Marine helicopter had to put down in his area then “the best I could do was give them meals and a cot” because the parts needed to repair that aircraft were different from the ones he had in stock.

The initiative is in the early stages of developing joint requirements for the missions the services are carrying out now. Capability and capacity are being stressed. Using interoperability as one example, “there’re still some gaps” between the services, especially in sharing battlefield information, Thomas said.

Christensen said they are asking the services about needs such as the Army sees for operating in a marine environment from a destroyer. “We need to have this down” and “not sorted out on the deck.” Other discussions are occurring over tilt-rotor, manned-unmanned teaming and manned optional aircraft, safety in landing in brownout or whiteout conditions, etc.

All this “allows us to capture the great work of the services,” Thomas said, as the department moves to “lock down what do we have to have” 15 years from now. But it is also providing data that could “feed a major upgrade or conops [concept of operations] requirement” now, Gonzalez said. “The Navy can leverage the Army’s [program].”

“The better you get the requirements scoped, the better chance of success,” Thomas said, looking back at the problems that caused the replacement program for the presidential helicopter to be scrapped.