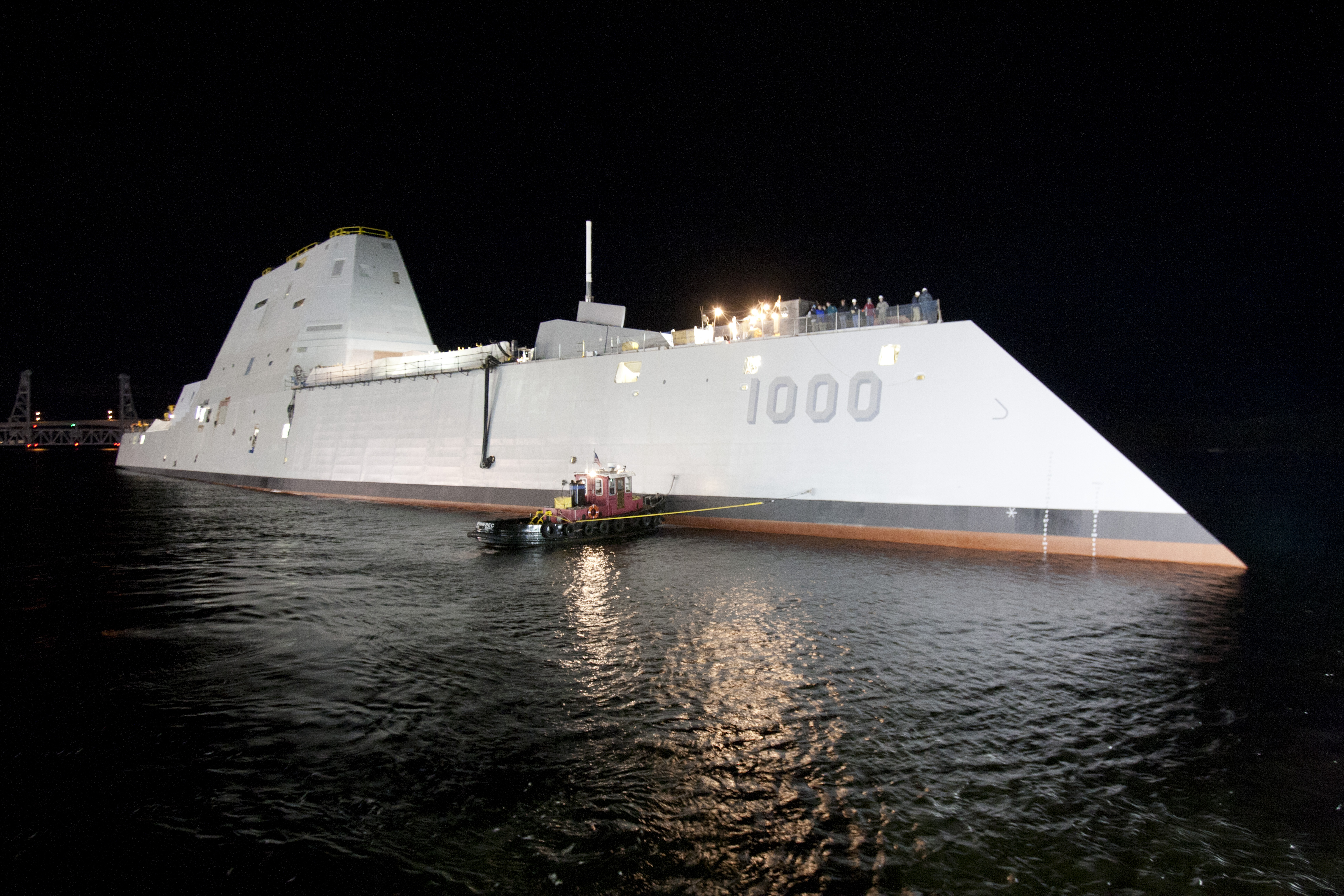 The previously unexplained cost growth of the three ships of the Zumwalt (DDG-1000) class of ships found in the Navy’s shipbuilding account over the last five years is a result of funding practices implemented after the program’s 2010 restructure — at least in part.

The cost growth for the three warships had risen about $2 billion over the last five years according to the a study of Navy budget documents by the Congressional Research Service, USNI News reported in April.

At the time, the reason wasn’t readily apparent, according to the report and several other naval experts USNI News contacted in April.

“The Navy states that the cost growth shown in the later years of the table reflects, among other things, a series of incremental, year-by-year movements away from an earlier Navy cost estimate for the program, and toward a higher estimate developed by Cost Assessment and Program Evaluation (CAPE) office within the Office of the Secretary of Defense (OSD),” according to the latest CRS report on destroyer programs released on May 21 by CRS.

In other words, the CAPE told the Navy to increase spending to a higher Pentagon estimated cost for the program which the Navy did little by little each year instead of all at once, leading to the increased cost in the program but not putting the program at risk for a second so-called Nunn-McCurdy breach.

The Nunn-McCurdy provision is a US statute that requires military equipment cost increases of 25 per cent above the original estimate to be terminated save a review and certification process. The provision also calls for a congressional notification if a program cost increase more than 15 percent.

An April CRS destroyer report provided a table on the cost increases of the program from 2009 to the current budget.

“The Navy states that even with the cost growth shown in the table, the DDG-1000 program as of the FY2015 budget submission is still about 3 percent below the program’s rebaselined starting point for calculating any new Nunn-McCurdy cost breach on the program,” read the May 21 CRS report.

Other cost increases are almost assured — outside of the new CAPE estimates — due to the fact the program was reduced to three ships from an original buy of seven.

“We are staring at some of the developmental costs associated with the lead ship that were compounded by the fact that we went from what was a seven ship program truncated to three and so those first of class costs are magnified over those circumstances,” Sean Stackley, assistant secretary of the Navy for research, development and acquisition (RDA), told USNI News in March.
“Right now there’s a schedule plan that splits out the delivery of the ship in terms of the shipyard and the combat systems. We’re looking at combining those so we can have a more streamlined delivery that gets it out to the fleet on a better timeline, however there maybe some costs that are associated with that.”

The first two ships in the class — Zumwlat and Michael Monsoor (DDG-1001) — are planned to cost around $8.5 billion for the pair, according to Navy estimates as part of the Fiscal Year 2015 Navy budget submissions.

The third ship — Lyndon B. Johnson (DDG-1002) — is estimated to cost $3.56 billion. All are being built by General Dynamics Bath Iron Works in Bath, Maine.

The Zumwalts are about 16,000 tons each and field twin 155 mm Advanced Gun Systems that can fire a GPS guided rocket assisted round about 70 nautical miles. The ship also fields 80 Mk 57 Vertical Launch System (VLS) cells that can field a variety of missiles.