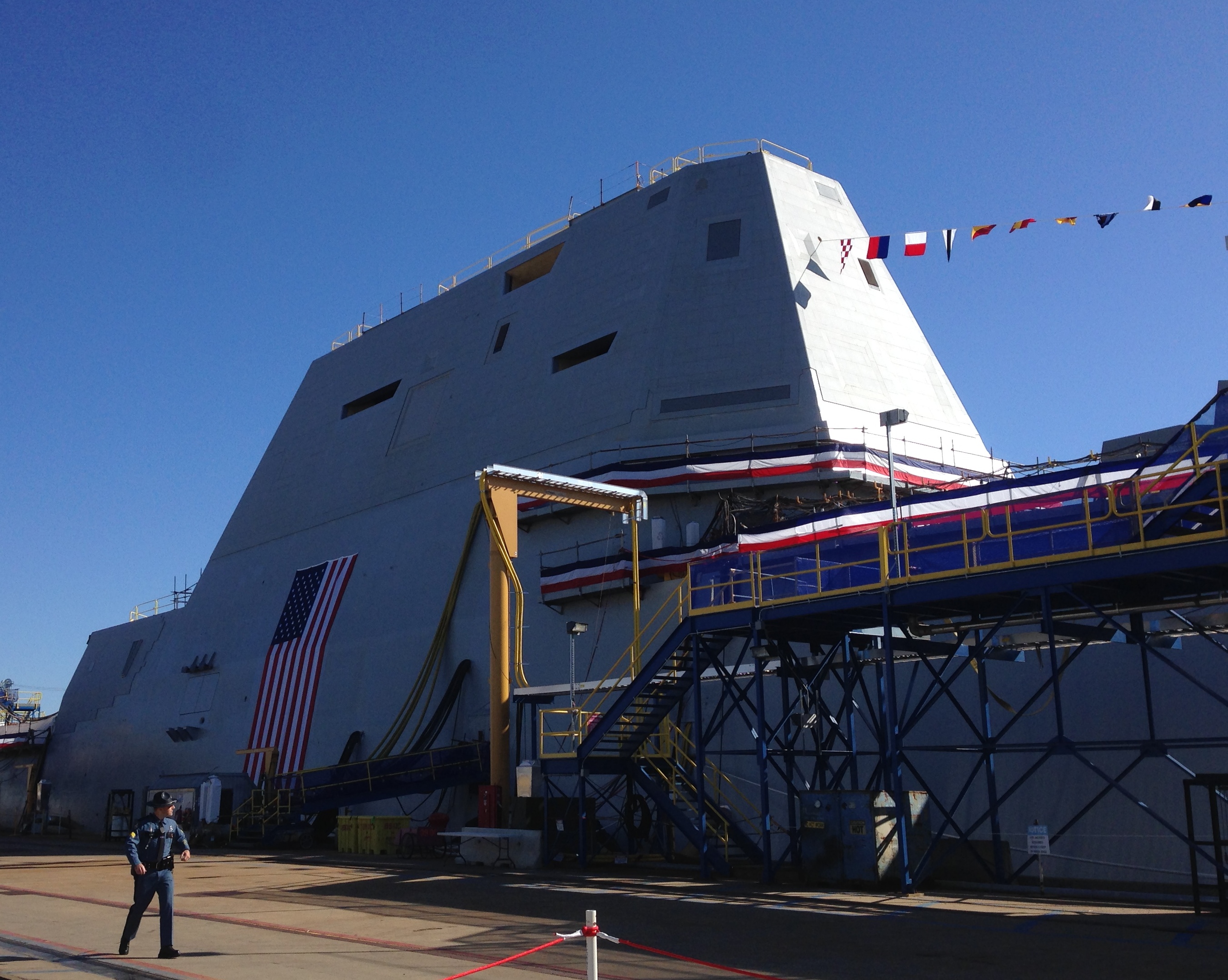 The cost of the three ships in the Navy’s Zumwalt-class (DDG-1000) has risen more than $2 billion over the last five years — $450 million in the last year alone, according to Navy budget data aggregated by the Congressional Research Service (CRS).

Sean Stackley, assistant secretary of the Navy for research, development and acquisition (RDA), told USNI News in March the cost increase for the ships could be laid at the feet of schedule changes to accelerate deliverers of the ship and sequestration woes.

“Dollars that we lost in sequestration are being rolled forward to those same programs in the out years. We’re moving the money to the year of need,” Stackley said.
“Right now there’s a schedule plan that splits out the delivery of the ship in terms of the shipyard and the combat systems. We’re looking at combining those so we can have a more streamlined delivery that gets it out to the fleet on a better timeline, however there maybe some costs that are associated with that.”

Stackley also placed some of the cost overruns on a reduction in numbers of the ships of a planned class of more than 30 to just three.

“We are staring at some of the developmental costs associated with the lead ship that were compounded by the fact that we went from what was a seven ship program truncated to three and so those first of class costs are magnified over those circumstances,” Stackley said.

The DDG-1000 program was completely restructured in 2010 under the auspices of then Secretary of Defense Robert Gates. The Pentagon cut the total number of planned ships to three, the result of which tripped a so-called Nunn-McCurdy breach.

The Nunn-McCurdy provision is a US statute that requires military equipment cost increases of 25 per cent above the original estimate to be terminated save a review and certification process. The provision also calls for a congressional notification if a program cost increase more than 15 percent.

The program was recertified with a reduction in radar capability and pushed the date the first ship would enter the fleet.

An April CRS destroyer report provided a table on the cost increases of the program from 2009 to the current budget.

“Some of the cost growth in the earlier years in the table was caused by the truncation of the DDG-1000 program from seven ships to three, which caused some class-wide procurement-rated costs that had been allocated to the fourth through seventh ships to be reallocated to the three remaining ships,” reads the most recent CRS report.

When asked if the 17 percent increase in cost from the FY 2011 increase would trigger a second Nunn-McCurdy notification, the Navy said the way the program was structured it would not.

“The Navy is not experiencing cost increases that would trigger a new Nunn-McCurdy breach and no funding has been shifted within the program to avoid a Nunn-McCurdy cost threshold breach,” according to a statement provided to USNI News on April 16 from Stackely’s office.

Nunn-McCurdy considerations aside, the source of the cost increases are unclear from the Navy’s budget documents.

The Zumwalt-class began in the 1990s as a replacement for the naval surface fire support lost when the service decommissioned the four World War II Iowa-class battleships (BB-61) for the second time.

The almost 16,000 ton ships has two 155 mm Advanced Gun Systems that can fire a GPS guided rocket assisted round about 70 nautical miles. The ship also fields 80 Mk 57 Vertical Launch System (VLS) cells that can field a variety of missiles.