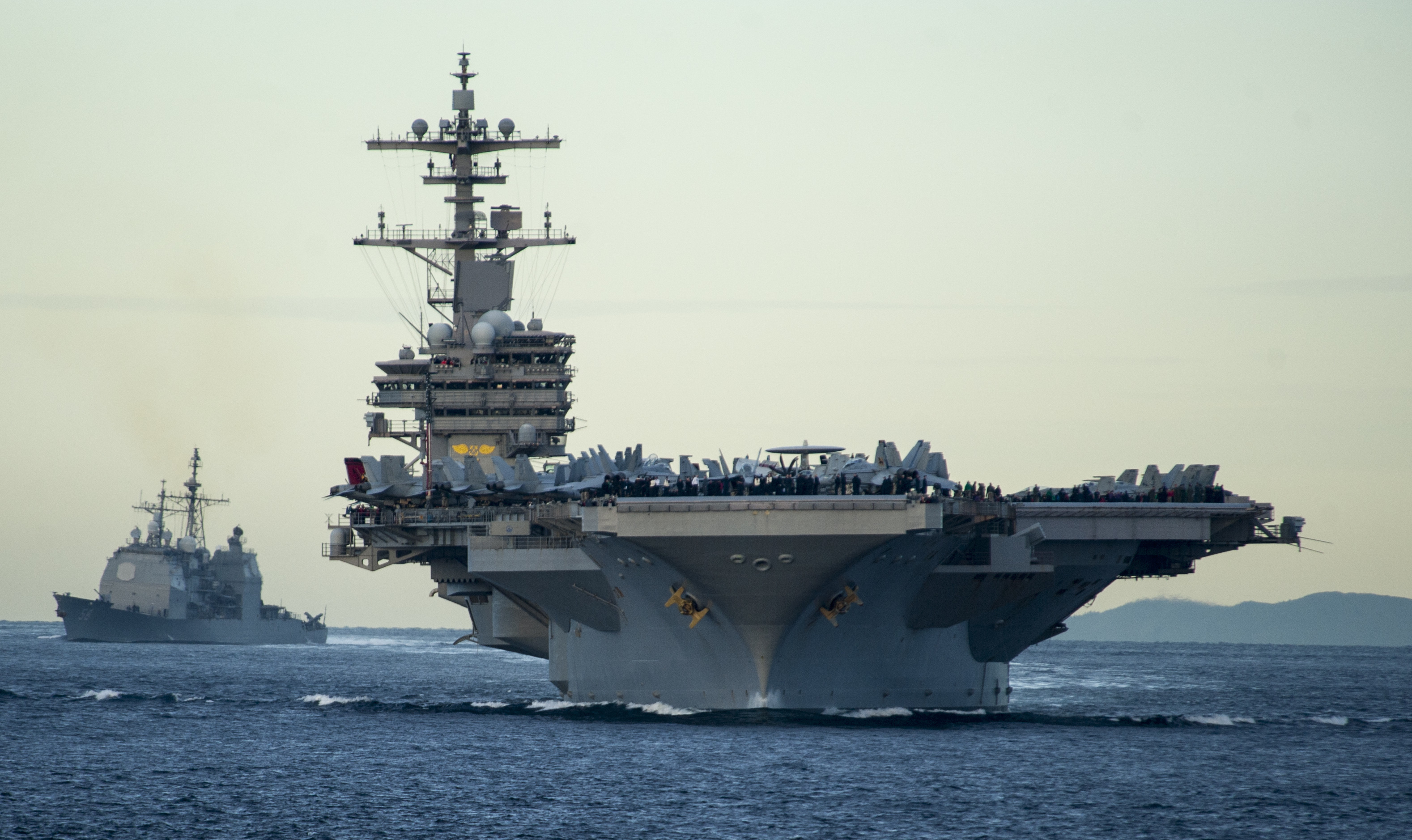 In a protracted discussion about how many aircraft carriers the United States needs, the top commander in the Pacific said the Navy already can’t meet the demands that Central and Pacific Commands are putting upon it with the 11 carriers now in the fleet.

Wrapping up a House Armed Services Committee hearing Wednesday, Adm. Samuel Locklear said if the number dropped permanently to 10 — a possibility outlined in the defense budget request unveiled by Secretary of Defense Chuck Hagel — that limits even further how the nation can respond to a crisis or contingency.

“It takes a while to get there,” Locklear said, referring to the vast maritime space and any response to potential events in the South China Sea, on the Korean Peninsula, or in the Philippines. As an example, he noted “the flash to bang in Korea” could lead to a million casualties in a day. He added that just one aircraft carrier is forward deployed; the others are homeported in East and West Coast naval stations.

“You have to get there quickly . . . to be relevant early,” he said, and again described the Pacific as “the most militarized region in the world” with China rising as a global economic and military power. There also is a buildup of naval forces by allies, partners, and others in the area, as well as disputes over air access, fishing rights, and territorial claims.
The value of the aircraft carrier strike group—in addition to its strike capability and its sovereignty as a U.S. vessel operating in international waters—comes in its deterrent effect. “You use them before you start shooting.” 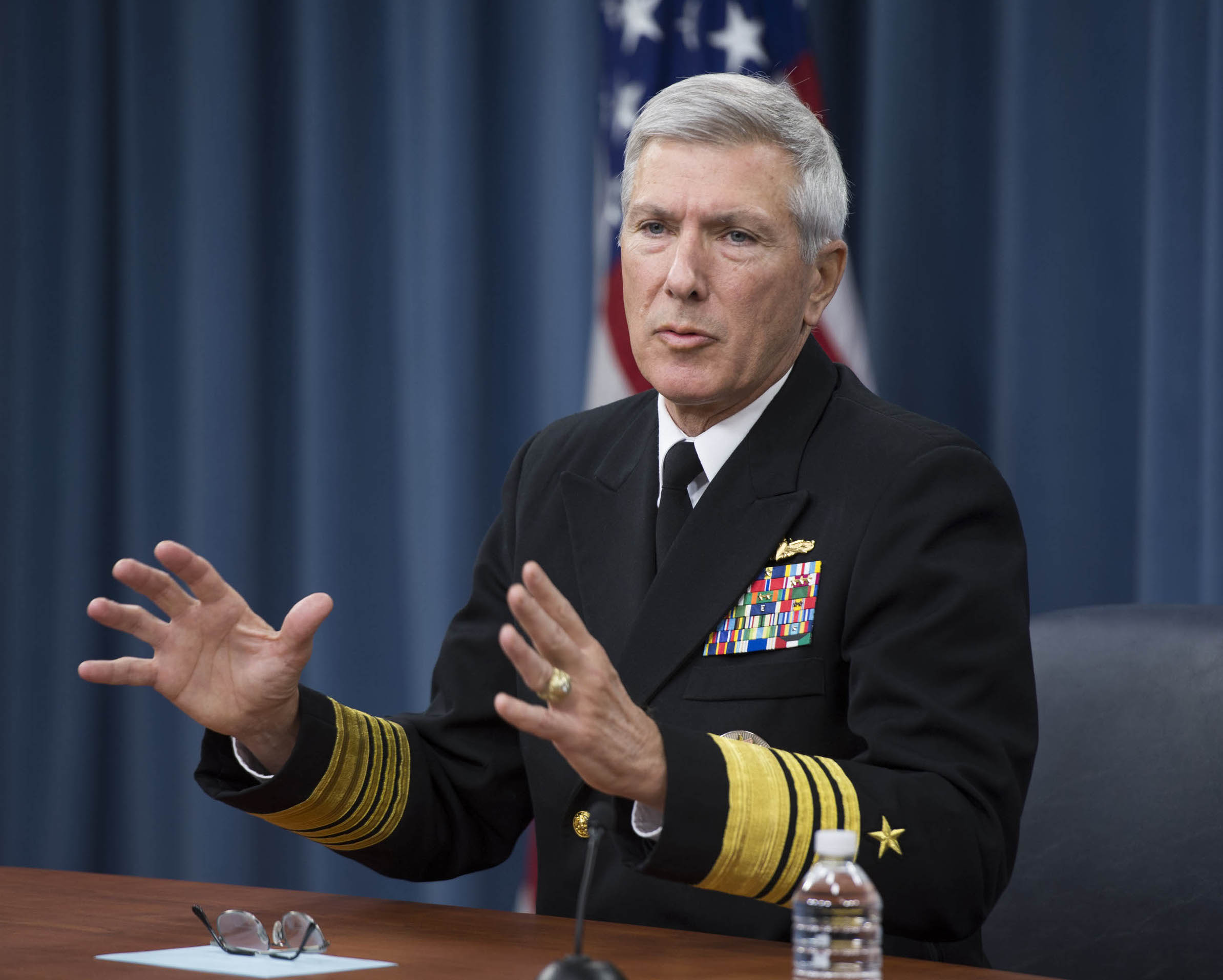 Locklear said the aircraft carrier remains “at the front of maritime dominance.”

Reducing the Navy to a fleet of 250 ships would throw into question the United States’ position as a “globally dispersed” world power, capable of operating in air, space, on and under the sea, land and cyber. Later in his answer Locklear said, “Smaller [ship] numbers would make it difficult to maintain the maritime presence I need.”

Specifically, “the role of logistics ships can’t be . . . overstated. I have to move stuff around, like fuel” not only in regular day-to-day operations but also to have a surge capacity to answer an emergency with those vessels as well as amphibious ships.

Locklear described the relationship with the Chinese as “cooperative [but] competitive.” He said that a way out of those disputes over “who would own what,” particularly in the South and East China seas, would bed developing a “code of conduct” through international tribunals or commissions—“not by coercion.” He later said that the Chinese were putting their military-industrial focus on asymmetric counters to U.S. strengths.

In addition to the forward-deployed forces he has in the Pacific, Locklear and other regional combatant commanders rely on rotational forces coming from the services. “The services have had to move readiness from the rest of the global force and push it in our direction [but] they have done it at the significant expense to the follow-on forces,” whose training has been scaled back to meet reduced defense budgets.

“The ability of the services to provide the type of air coverage and maritime coverage we have needed . . . for crisis response has not been available to the level that I would consider acceptable risk,” he said.
“We’re not going to build more bases overseas,” he said, listing discussions with Australia over the use of ranges and other facilities there and a possible access agreement with the Philippines, as ways of demonstrating a U.S. presence in those nations without adding infrastructure.

At the same hearing, Army Gen. Lloyd Austin, the Central Command commander, said “the zero option” of leaving no United States or allied forces in Afghanistan after 2014 would be “problematical” for that nation and present its government and security forces with the problem of overcoming “a lack of resources and a loss of mentoring.”

It would also be difficult for the region, as nations began “hedging” their own activities.

He said the size of any remaining force would be determined by the scale of the mission, from advising the security forces to continuing counterterrorism operations.

In Iraq, Austin said, the United States would continue support the government in its fight against al Qaeda there but in the long term the Shiite-led government needs to work out a political solution to accommodate Sunni concerns.