On Monday the Pentagon capped the Littoral Combat Ship program at 32 ships and the Navy has been tasked with finding a more lethal surface combatant to follow on to the two LCS hulls that have been mired in controversy for the better part of a decade. Announced Monday by Secretary of Defense Chuck Hagel, the Pentagon is directing the service to, “submit alternative proposals to procure a capable and lethal small surface combatant, consistent with the capabilities of a frigate,” he said in remarks to reporters at the Pentagon.

Hagel’s direction will kick off the search for the Navy’s first new surface combatant design in more than a decade. The search for the LCS follow on will run in tandem with early work for the service to replace its high end cruisers and destroyers which will expect to start construction in 2028, Rear Adm. Thomas Rowden, director of surface warfare (N96) for the Office of the Chief of Naval Operations (OPNAV) told USNI News in an interview in the Pentagon on Jan. 9.

Hagel offered a few hints what the Pentagon is looking for in the follow on to the Lockheed Martin Freedom-class and Austal USA Independence-class LCS hulls.

“We need to closely examine whether the LCS has the independent protection and firepower to operate and survive against a more advanced military adversary and emerging new technologies, especially in the Asia Pacific,” he said.
“If we were to build out the LCS program to 52 ships, as previously planned, it would represent one-sixth of our future 300-ship Navy. Given continued fiscal restraints, we must direct future shipbuilding resources toward platforms that can operate in every region and along the full spectrum of conflict.”

Criticisms from internal Pentagon reports from the Director, Operational Test and Evaluation (DOT&E) have called into question the survivability of the Freedom and Independence class hulls, “because its design requirements do not require the inclusion of survivability features necessary to conduct sustained combat operations in a major conflict as expected for the Navy’s other surface combatants,” according to DOT&E’s most recent 2013 annual report.

Sources familiar with program shift told USNI News DOT&E will have a hand in the next study moving forward with new design.

The LCS is currently designed to be manned a crew of about 90 sailors for surface warfare (SuW), anti-submarine warfare (ASW) and mine countermeasure (MCM) operations. Each operation is executed by a series of mission packages that can be swapped out of the ship depending on the circumstances.

The Navy had planned to field 52 of the ships, split evenly between each variant. The service committed to buy 20 of the ships as part of a 2010 $8.9 billion block buy between Lockheed Martin and Austal.

The new ships would likely be built with a more permanent capability for ASW and SuW missions built into the hull with less of an emphasis placed on the modular aspect of the ships.

Whether or not the new ships will have a MCM capability remains to be seen. The U.S. Navy tested an organic capability for MCM on the guided missile destroyer USS Bainbridge (DDG-96) but cancelled the program.

USNI News reached out to several naval experts on potential follow-ons to the LCS and came back with four ships that could fit the bill under Hagel’s mandates.

Internationally, several frigate designs have proven successful but under U.S. law, those manufactures would have to partner with a U.S. company to move forward.

Though it’s still early in the process for the Navy, there are at least four contenders for the small surface combatant that have emerged over the last several years as so-called international variants for existing U.S. ships — or in one case — a foreign frigate built with extensive U.S. cooperation. 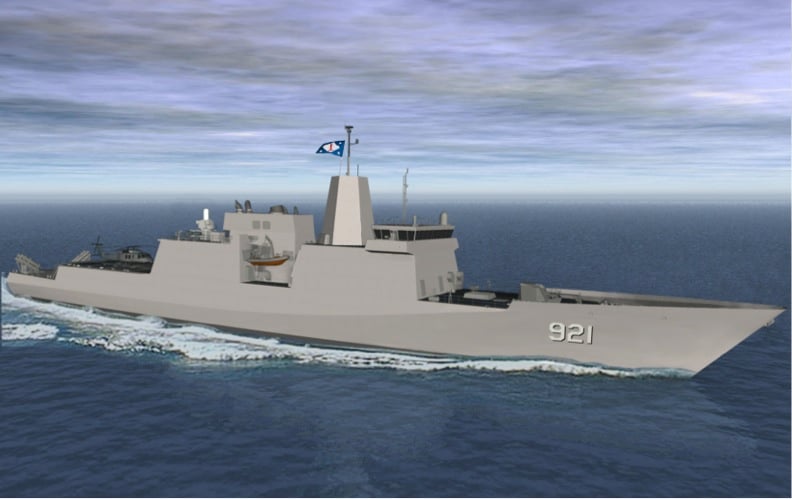 Dubbed the Patrol Frigate 4921 by HII, the 5,070 ton combatant would be built around a twelve missile cell vertical launch system (VLS) paired with an active phased array air search radar and X and S band surface search radars, according to information provided to USNI News by HII.

The ship concept includes torpedo tubes and hull mounted and towed array sonars for anti-submarine warfare (ASW) operations. The ship would have a combined diesel and gas turbine propulsion system, a top speed of 28 knots, an 8,000 nautical mile range and a 60-day endurance.

Lockheed Martin has pitched a variant of its Freedom class LCS for international customers that — in its largest offering — includes VLS and AN/SPY-1F variant of the company’s Aegis radar. A version of the Multi-Mission Combatant is thought to be in the running as an offering for the Saudi Naval Expansion Plan II (SNEP II).

In late 2012, the company presented three variants of its Multi-Mission Combatant that range from a 1,650-ton corvette up to a 3,500-ton frigate sized ship, according to information provided to USNI News by Lockheed Martin. The largest variant would field the AN/SPY-1F with smaller versions built with a CEAFAR active phased array air search radar, according to an Oct. 2012 report in Jane’s Navy International.

The variants would preserve some measure of the modular mission space found on the Freedom-class LCS, according to the Lockheed material.

Little else is known about the then proposed offering from General Dynamics.

That version of the Independence hull, “features an innovative trimaran hull form that provides outstanding stability, volume and sea keeping; a flight deck that is nearly three times the size of any other surface combatant; and a mission system that is built upon an open architecture computing environment,” according to a years-old release from General Dynamics. Austal USA — the current builder of the Independence ships — did not immediately return calls for comment.

The Spanish-built Álvaro de Bazán class frigates (F-100) are the most proven platform of the four ships experts told USNI News that were ready candidates for follow on to the LCS hulls. 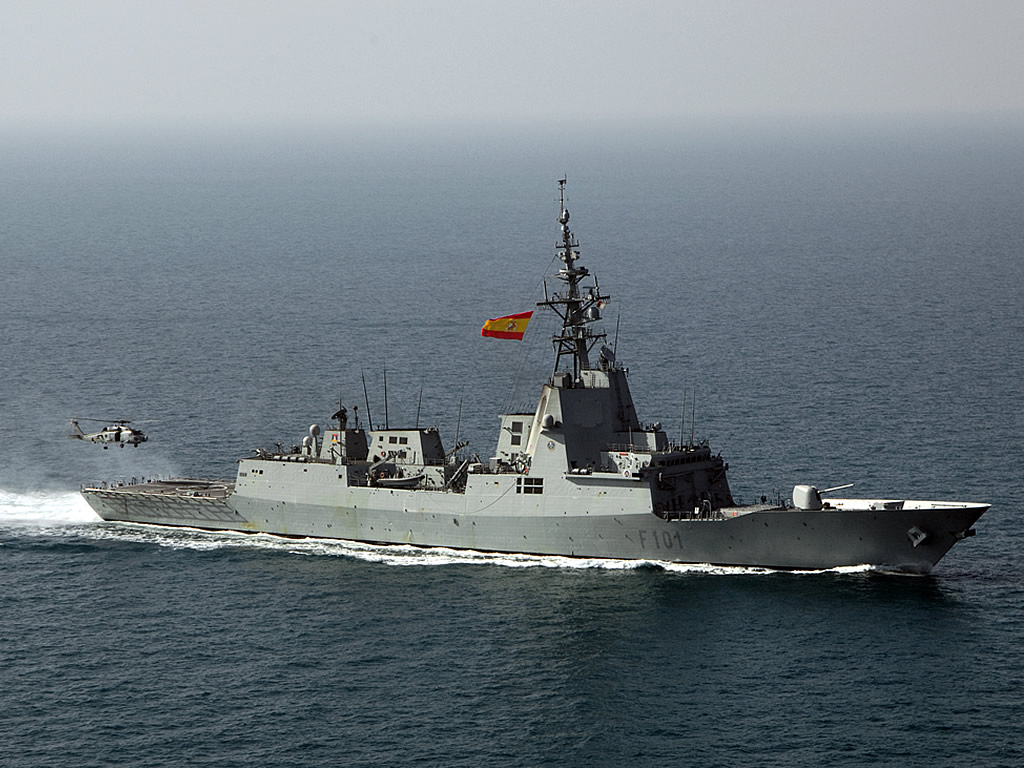 The 4,555 ton ships field the U.S. Aegis weapon system, pairing an AN/SPY-1D air search radar with a 48 VLS cells armed with 32 SM 2 Block IIIA/B air defense missiles and Evolved Sea Sparrow Missiles (ESSM). The ship can also conduct the ASW mission with both a hull mounted sonar and a towed array, according to Naval Institute’s Guide to Combat Fleets of the World.

The Royal Australian Navy is basing its Hobart-class surface combatant on the F-100 design.

Izar had teamed with BIW and Lockheed Martin in 2000 to form the Advanced Frigate Consortium (AFCON) that jointly developed a smaller Aegis combatant for international export.

AFCON counted the F-100 ships and the Fridtjof Nansen-class frigates for the Royal Norwegian Navy as successes for the consortium, according to an archive of AFCON’s website.