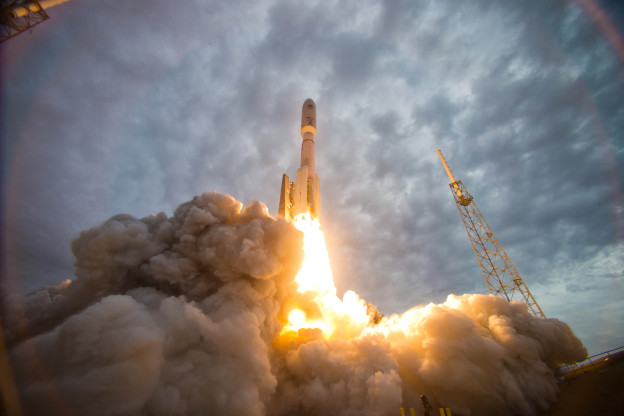 Challenges the United States faces in space “are on a par with cyber,” the chairman of a key U.S. House panel said as witnesses described China’s advances in an area where “some vulnerabilities we just can’t escape”—acknowledging the two nations are now engaged in a “long-time competition” that cannot be firewalled from other domains.

Speaking on Tuesday, Rep. Randy Forbes (R-Va.), chairman of the House Armed Services Seapower and Projection Forces subcommittee, asked senior Stimson Center associate Michael Krepon and the others to gauge the vulnerability. Krepon said, “We can’t talk ourselves out of that reality. . . . Satellites can be found.”

A second factor is that “China is not as dependent on space as the U.S.”— either militarily or commercially—said Ashley Tellis, senior associate at the Carnegie Endowment for International Peace.

Robert Butterworth, president of Aries Analytics Inc., said he was “not quite sure we see clearly the effects” of weapons such as high-energy lasers on satellites, which are possible investment areas for China

Ever since China’s tests in 2007 highlighted the debris problem in space—destroying a satellite but endangering its own orbiting assets—China has been moving away from direct hits toward an asymmetric approach of “soft kills” or “vision kills,” Tellis said.

Butterworth added that when the Chinese approach space militarily, “they are looking at [it] with very different eyes” than the United States, or even the Soviet Union, in the Cold War.

“China has made enormous investments in jamming,” Tellis said.

All three agreed that the United States needs to develop better “space situational awareness” at a variety of altitudes to determine when an attack has occurred and identify the attacker. Butterworth said it was wrong to “assume space works” in a time of conflict, but that is the United States’ approach. The United States’ network of command and control not only resides in protected satellites and systems but in “commercial satellites and military satellites that are unprotected” and therefore vulnerable.

“There are issues with attribution” of the origin of an attack, Krepon said. Tellis added, “It’s when other systems are stressed [as in war] that we need attribution” but may not be able to acquire that quickly.

But with such awareness, Krepon said, the nation “retains the capability to respond in ways of our choosing” and that is what gives the United States the edge it still retains over all competitors.

In the event of a war, quickly replacing heavily damaged or compromised satellites is a problem. Tellis said the United States’ satellite system is too concentrated in capability and too limited in number: “It’s going to take a long time to get replacements up there.” Krepon added, “We’re having trouble building satellites on time and on budget.”

As for the future, at a time when military space budgets remain targets for cuts, Butterworth said, “it’s just going to take a helluva lot of money” to invest in new capabilities and “we’re going to have to take it from design up” to keep the military and technological edge.

Unlike nuclear deterrence—being “in the face” of a potential enemy—Krepon said, “deterrence in space is largely inferred, but a hostile action will bring on consequences.”

He called for development of a “code of conduct” among nations to cover actions in space, given that a treaty is unlikely, and also for opening dialogue on space with the Chinese military and civilian officials, as was done during the Cold War. Chinese military and civilian officials are split over how to proceed, either militarily or diplomatically, he said.