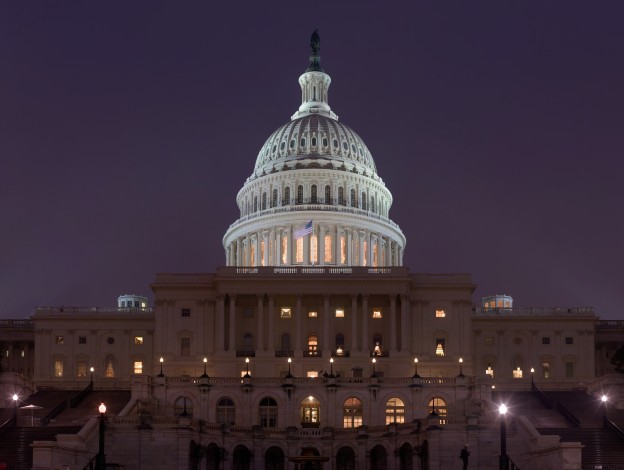 Popular support of the U.S. military over the last few decades has helped lead to an increase in personnel-related costs across the force. If left unchecked, these increasing costs will overwhelm the Defense Department budget. Yet, there is no political will in Congress to implement change.

Over time, compensation will consume a rising portion of the defense budget, leaving little money to develop and field future systems, build facilities, or operate forces. In fact, the recent Center for Strategic and Budgetary Assessments’ study, “Rebalancing Military Compensation: An Evidence-Based Approach,” states that if personnel costs continue growing at the present rate, they will consume the entire defense budget by 2039.

In recent years, popularity of the military has remained higher than any other time since the all-volunteer force was created in 1973.

Assuming that popularity and confidence are complementary, a recent Gallup Poll, “Confidence in Institutions,” ranked “the military” above all, including “small business,” “the police” and “the church or organized religion.”

Such confidence has been high since the terrorist attacks in September 2001.

Reflecting the sentiment of the population, military personnel also enjoy widespread support from Congress. At the start of the all-volunteer force, there was a small gap between military and civilian pay, which increased to about 13 percent by 1996.

Over the following years, Congress closed the pay gap sufficient to maintain the force. However, it continued to increase military pay and compensation to a point, some research shows, that military pay is well above civilians of equal education.

In fact, Congress has increased pay at or above the amount required by statute or the amount proposed in the President’s Budget every year since 2000.

Fewer than 60 bills were signed into law during the first year of the 113th Congress. At this pace, this will become the least productive Congress in the last four decades.

Yet in that environment, Congress demonstrated unified support related to military pay. As a government shutdown due to the absence of an appropriation bill loomed, Congress passed the “Pay Our Military Act.”

At a time when most federal employees were furloughed, this act provided pay and allowances to the armed forces. The act passed without opposition and was said to be a rare moment of bipartisanship in this highly divided and unproductive Congress.

Some would say the fact that Congress passed a budget in December 2013 that reduced military retiree cost-of-living adjustments was a sign that it might be willing to reform military compensation.

That may not be the case. In late December, lawmakers from both parties introduced bills to restore the cost-of-living increases.

Had the reforms suggested over the last four decades been incorporated, the country might have a compensation package more appropriate for an all-volunteer force.

Recently, Secretary of the Navy Ray Mabus testified that a slowdown in base pay growth would not likely cause recruiting or retention problems in the near term and that there was room to slow down base pay growth.

Similarly, the service chiefs each testified before the Senate Armed Services Committee in November, stating that the increasing personnel-related costs will displace the rest of their budgets at some point in the near future.

Gen. James F. Amos, the commandant of the Marine Corps, said that he pays 62 cents of every dollar for manpower.

“That’s not because Marines are more expensive; it’s just my portion of the budget is smaller. That’s going to go well over 70 percent by the end of [the next five years] if something is not done.”

Retirees and service members are starting to weigh in. Bryan McGrath, a retiree, published an article that calls on us to first recognize that there is a problem and then offers solutions that do not break faith with those who have served but must be willing to renegotiate with those yet to serve.

John Halttunen, a service member, highlights the imbalance of the current retirement system. The secretary of defense, service secretaries and service chiefs have pleaded with Congress to implement a solution to no avail.

This country was attacked in 2001, and the U.S. military has been at war ever since. Popularity of the military remains high. This popularity has become a burden as Congress is reluctant to approve any military compensation reform that might be perceived as a reduction.

This reluctance remains even for proposed reforms that would only affect future service members. Congress appears content to allow the U.S. military to be the best compensated force on the planet to the detriment of training, operations, maintenance and investing for the future, leveraging the technological advantage associated with American ingenuity.

A version of this post originally appeared in the San Diego Union-Tribune.