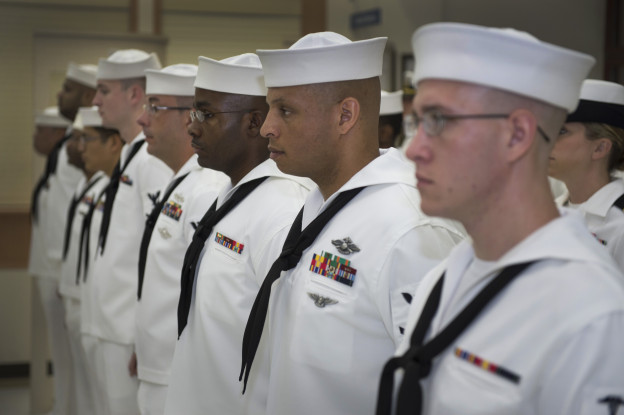 Study after study show that the U.S. military’s pay and compensation system is unsustainable. Defense experts from all across the Washington Beltway forecast a steep decline in readiness and capability due to escalating personnel costs and overall declining defense budgets. There is an urgent need for a frank discussion on pay and compensation reform throughout the ranks.

Whereas the think tanks and defense experts have offered up all manner of fiscal programs, processes and policies to the chopping block of change or disposal, the fact is military pay, compensation and benefits have received particular attention—and with good cause. The money we make, the money we are promised in retirement, the money that maintains our health care—and that of our families—is eroding our ability to do our jobs.

The numbers are stark and sobering. Military pay, allowances, and health care costs have risen more than 90 percent since 2001, while the size of the active duty force has grown by less than 3 percent in that same time, according to the Council on Foreign Relations . Today the average total cost per sailor, Marine, soldier, or airman is nearly $115,000 compared with $58,000 in 2001, according to a study from the Center for American Progress. The military retirement system is projected to have an unfunded liability of $2.7 trillion by 2034, according to a Defense Business Board report.

Yes, that was trillion—with a ‘T.’

It is recognized that reforming pay, benefits, and retirement policies is difficult and emotional. But that does not lessen the need. What’s more, our leaders and legislators are painted into the proverbial corner, as the prospect of changing troops’ benefits is tantamount to professional suicide. No one wants to be responsible for cutting benefits to the men and women who volunteer to serve our country, especially those who have been at war for the past decade.

For that reason, we, the men and women in uniform today, find ourselves in an unprecedented position. Our benefits continue to escalate. We have experienced pay increases above the Employment Cost Index, and by percentages greater than what our uniformed leaders have asked for, while in the same period, our civilian Department of Defense counterparts have persisted through a virtual pay freeze.

Military health-care benefits have also increased without an associated increase in payment. TRICARE for Life, a recent benefit established under the 2001 National Defense Authorization Act, has become a promise no one is willing to break or modify, despite our uniformed leadership’s recommendations for modest co-pay increases.

Looking solely at the military retirement system, one can lose track of the number of reports that have been published in the past decade that call for reform and recommend change. There’s no question but that this system is outdated—it hasn’t materially changed for a century. Likewise there’s no question it is inequitable—anyone serving fewer than 20 years gets no benefits. There also is no question that military retirement is an amazing benefit, even though, ironically, only a limited few reap its benefits. Eighty-three percent of the men and women in uniform will leave the ranks prior to 20 years of service. (Defense Business Board). That means a meager 17 percent of the uniformed population enjoy the defined benefit that is military retirement. The majority of that 17 percent are officers, further skewing an unbalanced and unfair system.

Each time there is call to change, outcry can be heard throughout the ranks and sensational headlines are printed in our defense-related media. It is almost certain that 100 percent of personnel will have a very strong opinion of a benefit that affects fewer than one in five. A further twist of irony is that almost without exception, the calls and recommendations for change all promote a grandfather clause, meaning 100 percent of personnel in uniform today would not see their retirement benefits touched—even though only 17 percent will actually realize said benefits.

To say reform to military compensation is too difficult is ridiculous. To say it’s easy is ludicrous. Change, however, cannot happen unless there is an honest discussion about these topics within the ranks and, in essence, we give our leaders and legislators permission to lead. They need the assurance that we understand these reforms are neither an assault on our service nor the breaking of any moral contracts. The true contractual break would be to let these systems continue and risk other programs that arm us, train us and allow us to do the job for which we have so proudly volunteered.