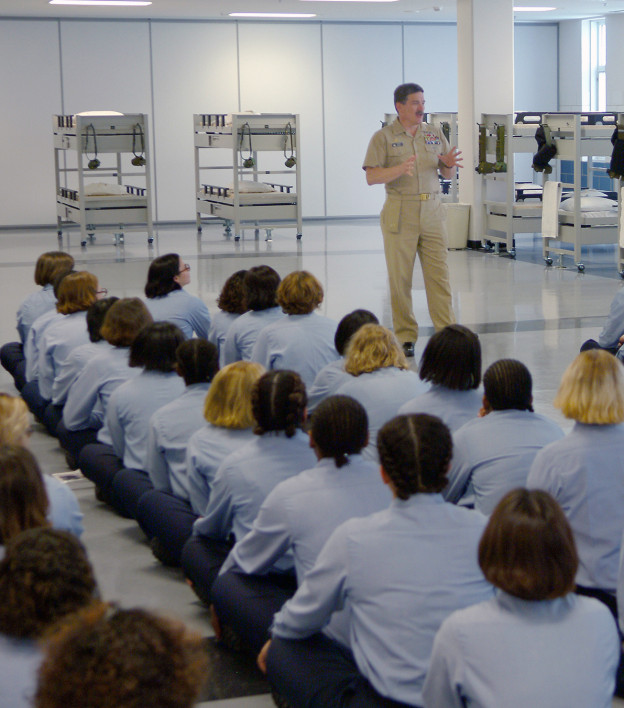 This past May, the George Washington University Naval ROTC class of 2013 took the oath of commissioning in front of the historic Marine Corps Memorial.

It was a humid day in Arlington, Va., as the midmorning sun rose over the Iwo Jima statue, reflecting off the graduates’ brass on their new choker whites. Hundreds of proud parents and friends were in the audience, taking photographs and cheering when their ensign or second lieutenant received their commission.

As I departed the memorial that day, I couldn’t help but wonder if the 2013 graduates would be the last diverse class to enter the fleet.

To me, diversity is more than gender, race, religion and sexual orientation; it also includes the intellectual background each officer brings to the force. Starting in 2014, however, the vast majority of all NROTC graduates will be STEM (Science, Technology, Engineering and Mathematics) majors with minimal studies in humanities. Our Navy is about to go through unprecedented compartmentalization, but not many officers seem to realize it.

The tier system was developed in 2009 as a result of fewer NROTC and Naval Academy graduates entering the nuclear-reactor community. Guidance in the Regulations for Officer Development and the Navy’s Academic Major Selection Policy directs a minimum of 65 percent of NROTC Navy Option Scholarship midshipmen complete a technical degree program before receiving their commission.

A technical degree refers to Tier 1 and Tier 2 majors, which are science, technology, engineering and mathematics majors. All other academic majors constitute a nontechnical academic major, or Tier 3.

As a result of the new academic tier policy, Naval Service Training Command offers scholarships first to Tier 1, then Tier 2, and lastly to Tier 3 majors.

A high school senior’s best chance of obtaining a Navy scholarship is to apply for a Tier 1 and 2 academic majors, since Chief of Naval Operations guidance states that not less than 85 percent of incoming scholarship offers will come from this restricted pool. In fact, an algorithm decides the fate of hopeful midshipmen, weighed in large part to their proposed major selection annotated in their respective application.

George Washington University, like many other small private universities, boasts an exemplary course of instruction in the arts and international affairs. Most applicants decide on GW because it offers a renowned education in what would be considered a Tier 3 field. U.S. News and World Report ranked GW as No. 94 in “Best Engineering Schools” as opposed to No. 16 for “American Politics.”

It would seem logical as an NROTC instructor to encourage GW students to pursue studies in a Tier 3 curriculum, rather than try to enforce a “one-size-fits-all” requirement.

There are no requirements for meteorology, oceanography, chemistry, computer science, firefighting, human resources management, marlinspike seamanship, logistics, naval architecture, safety of life at sea or self-defense — classes that would seem consistent with creating a well-rounded officer.

Few metrics are considered when determining who gets an interview in the nuclear-reactor community. Most midshipmen certainly have strong grade-point averages, but the principal criterion was how they performed in calculus and physics, not their major.

This begs the question: Does the tier system produce better submariners or more proficient naval officers? If less than 35 percent of our Unrestricted Line Officers possess the unique quality of comprehensive thinking through critical reading and reflection, what will the force look like in 20 years?

These are questions to consider when discerning the benefits and disadvantages of STEM graduates. We should not forget the value of future officers developing a keen interest of foreign affairs, history or language.

Following his publication of “The Influence of Sea Power upon History” in 1890, Alfred Thayer Mahan established himself as one of the leading authorities on naval warfare. His experiences at sea, combined with his reflections of history and literature, proved to be an indispensable component to our future strategy at sea.

Many naval officers of the time, including Winfield Scott Schley and George Dewey, admired the book and praised its importance. More orthodox officers, however, condemned Mahan and labeled him an eccentric “pen and ink” sailor. Francis M. Ramsay, Mahan’s nemesis from the Naval Academy and at the time, chief of the Bureau of Navigation, stated: “It is not the business of a naval officer to write books.” Considering the direction we are headed, perhaps Adm. Ramsay was right.