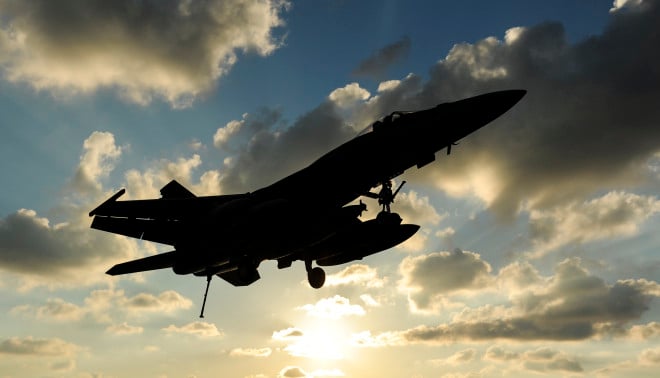 “The pre-solicitation was removed from FEDBIZOPS because, currently, there is no fiscal 2015 or subsequent requirements for additional F/A-18E/Fs or EA-18Gs,” Naval Air Systems Command (NAVAIR) spokeswoman Marcia Hart-Wise said in a statement provided to USNI News.

The Navy had previously said that the pre-solicitation notices were designed to keep its options open in case there is a need for additional jets—either for the Navy itself or for a foreign military sales customers.

Despite the cancellation of the notice, there are many inside the Beltway who believe that the Navy is hedging its bets against the Lockheed Martin F-35 Lightning II Joint Strike Fighter (JSF) program by trying to keep the Super Hornet production line going.

The idea would be to buy additional F/A-18s while deferring full-rate F-35C production into the future.