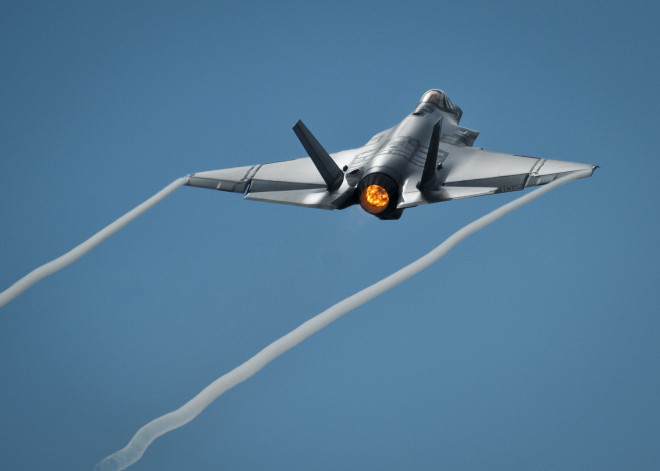 But Naval Air Systems Command (NAVAIR) officials say that there is no current requirement for additional Super Hornets in fiscal year 2015. However, the service hopes to gain approval to negotiate a deal should the need arise for more jets.

“Currently, there is no fiscal 2015 or subsequent requirements for additional F/A-18E/Fs or EA-18Gs,” wrote NAVAIR spokeswoman Marcia Hart-Wise in an email to USNI News.

“Naval Air Systems Command released FY15 (Lot 39) F/A-18 E/F and EA-18G (Solicitation Number: N00019-13-R-0102) with the intent to secure justification and approval needed to negotiate a potential option for any prospective requirements that may emerge in fiscal 2015, USN or FMS [Foreign Military Sales].”

According to the Oct. 17 notice, NAVAIR intends to negotiate a fixed price deal with Boeing for the procurement of up to 36 F/A-18 E/F and EA-18G aircraft in fiscal year 2015. The procurement would also include all of the jets’ ancillary equipment and technical data.

In addition to the posting for the Super Hornet airframes, NAVAIR also released a similar notification for the jet’s General Electric F414-GE-400 afterburning turbofans on Oct. 28. According to that posting, NAVAIR intends to seek a fixed-price deal for up to 84 engines in fiscal year 2015 of which 12 would be spares.

Though Navy officials insist that they are committed to the F-35C, many in Washington suspect that the service is positioning itself to purchase additional F/A-18E/Fs while slowing down the F-35C procurement ramp up. 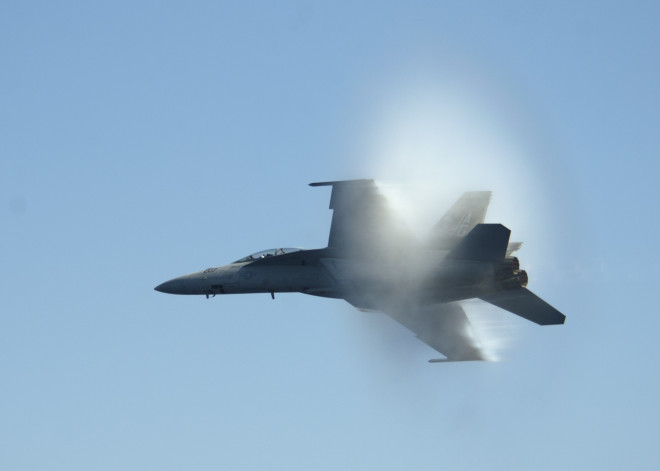 Such a strategy would allow the Navy to replace some of its increasingly decrepit early-model Boeing F/A-18A/B/C/D aircraft with newer Super Hornets. It would also allow the Navy to reduce the number of early production F-35Cs the service buys that would require various upgrades.

Richard Aboulafia, an analyst with the Teal Group, told USNI News that the Navy is likely paving the way for negotiation in case the U.S. Congress comes up with additional funding to keep the Super Hornet line open past 2016. The Navy was supposed to stop further Super Hornet procurement in the fiscal year 2014 budget.

“They’re not going to ask for them [new Super Hornets] because the budget environment is very difficult,” Aboulafia said. “Other than that, it’s very much in their interest to keep the line open.”

Mark Gunzinger, a noted air power analyst at the Center for Strategic and Budgetary Assessments, told USNI News that preserving a second fighter production line in the U.S. is a good thing. “I think it’s in our nation’s interest to maintain a healthy fighter aircraft industrial base,” he said.

But some of the additional aircraft may not be destined for the U.S. Navy, Aboulafia noted. The Super Hornet is a contender for Brazil’s continually delayed F-X2 program, which calls for the acquisition of 36 fighters. However, that is a very remote possibility because the F-X2 effort has been delayed until after Brazil’s next election, he noted. Further, Brazilian president Dilma Rousseff is extremely unhappy about the National Security Agency spy scandal.

When contacted by USNI News, Boeing referred all questions on the solicitation to the U.S. Navy.