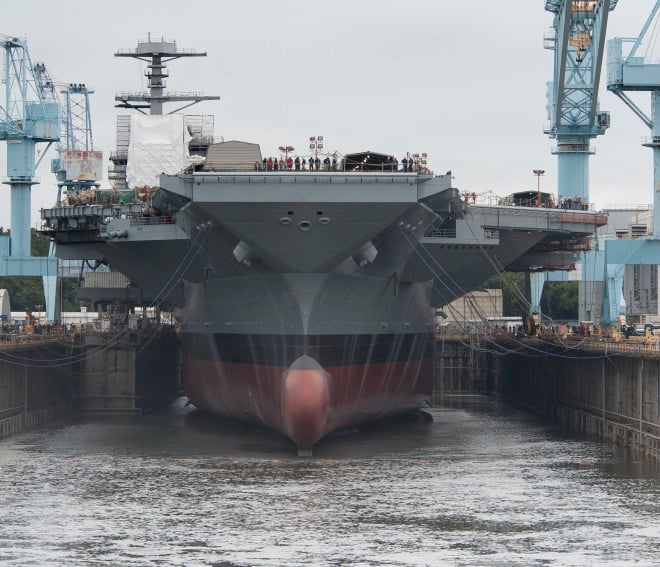 The Navy’s next generation carrier will be christened in a ceremony on Nov. 9, 2013 at Newport News Shipbuilding in Newport News, Va., according to yard owner Huntington Ingalls Industries.

Gerald R. Ford (CVN-78) will be christened by Susan Ford Bales — the daughter of Gerald Ford — the ship’s sponsor.

Bales floated the first-in-class ship on Oct. 11, 2013 in a ceremony ahead of testing of the hull. The dry dock will be drained ahead of the ceremony on Nov. 9.

Ford will replace Enterprise (CVN-65) that was decommissioned in late 2012. The carrier will enter the fleet in 2016.

The ship is estimated to cost $12.8 billion according to a report from the Government Accountability Office.