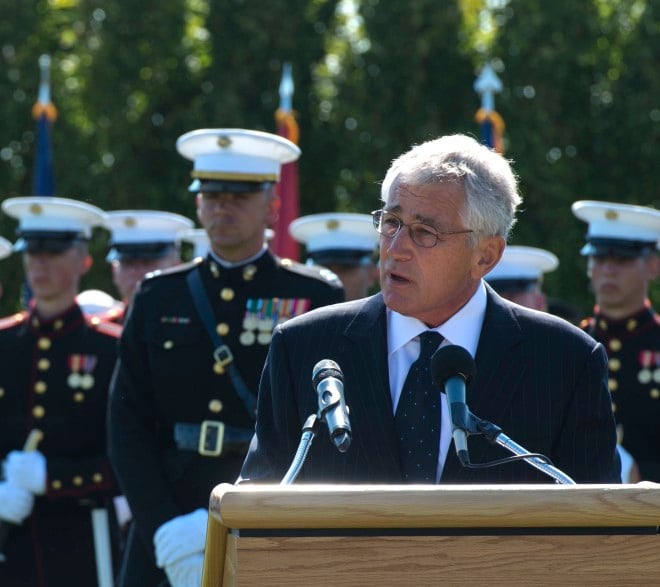 The Pentagon today will be bringing back most of the 350,000 civilian employees who were put on furlough last week in the wake of a congressional deadlock over spending bills for this fiscal year, Department of Defense officials announced Saturday.

Using the recently passed Pay Our Military Act as the tool, and working with the Justice Department, DOD will be able to pay most of the workers asked to stay home during most of last week.

As to exactly when the employees—from intelligence analysts to shipyard welders to family service counselors—will get the word to report back, DOD Comptroller Robert Hale hedged. “We’re going to try to do it as quickly as we can,” but with employees told not to use their government e-mail accounts or Blackberries during the furlough, contacting individuals to let them know their status is difficult.

“We will have to work through that next week.”

Hale told reporters in a special Saturday telephone briefing that even though workers were back on the job they would still face limitations because of the shutdown.

“Critical parts, or supplies [including fuel], will run out, and there will be limited authority to borrow more,” to replace them, Secretary of Defense Chuck Hagel said earlier Saturday in announcing the recall.

If that happens, “I will be forced once again to send them home,” he said.

Hale added that he expected commanders to call back the dual-status military technicians, but “I think the services who are holders of funds are going to have to make the decision” on whether the technicians are recalled.

Until a spending bill is signed, National Guard and reserve drills remain on hold.

“Those drills can only take place if they’re on direct support of an excepted activity . . . like being ready for Afghanistan,” Hale said.

Even with workers returning, Hale said training remains curtailed in the active component unless it is directly connected to Afghanistan and other continuing military operations. It compounds the problems associated with the cuts in training required under the 2013 sequestration, he said.

The Defense Department also will not be allowed to pay death gratuities as of 1 October to service members’ survivors until an appropriations bill is signed by the president.

President Barack Obama signed the Pay Our Military Act into law 30 September and it also provides that service members will be paid on a timely basis “and provide pay and allowances for civilians who provide support for members of the armed forces,” also in a timely manner.

The House unanimously passed a bill to pay all furloughed federal workers for the days they were ordered home. The Senate has yet to act on the bill, but the White House has indicated the president would sign it.

Hale added, “Those who are on furlough will not be paid until we have an appropriation.”

The largest categories of Defense Department civilian employees who are not part of the recall work in CIO staff functions, external public affairs and legislative liaison. Hale estimated their number in the “few tens of thousands.”

Hale recommended they call their supervisors Monday to determine their status.

The act does cover part of the Department of Homeland Security, but not other federal agencies.

Hale said even with the recall and the expected signing of the back-pay bill that civilian employee morale has been damaged by the shutdown and continuing pay and hiring freezes. About 600,000 defense employees [out of 750,000] were ordered to stay home for six days without pay starting in August.

“This has been a very disruptive year for our people,” Hagel said.

As for planning for future defense spending, Hale said that, too, remains in limbo and likely will continue in that status awhile.