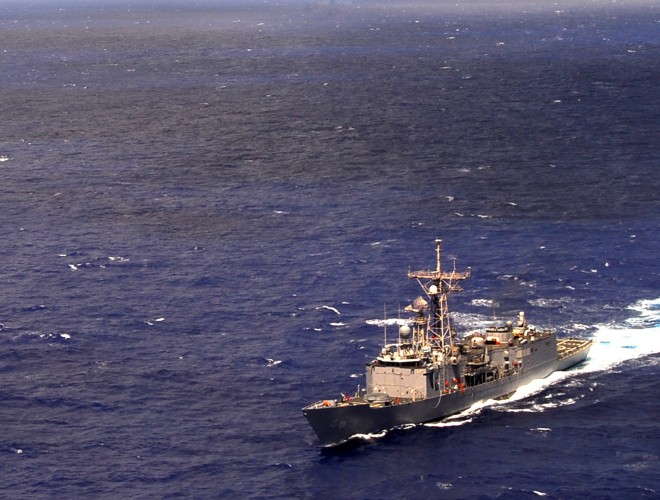 These officers are, quite literally, the best we have — the best we could make. Each has risen to command following years of intense competition and preparation. How could these captains be so ferociously competitive and yet fail at such a high rate?

Operational misconduct should be thought of as (almost exclusively) collision or grounding. While no electronic records related to ship captain firings exist before 2000, U-T San Diego has quoted sources in the Naval Personnel Command saying “nearly every commander fired 50 years ago got into trouble for running the ship aground or hitting a pier.” In other words, captains have been getting relieved for this sort of misadventure for as long as ships have been at sea.

Yet, no one seems especially concerned about this. It is understood that naval operations are inherently risky propositions, involving countless variables. Frankly, it is a testament to our commanding officers’ excellence that more accidents don’t happen. At the end of the day, it seems a certain number of accidents — and associated captain reliefs — are simply considered to be the cost of doing business on the high seas.

This brings us to “personal misconduct,” and the cause of the dramatic rise in firings in the past decade. Beginning in the early 1990s, post-Tailhook, women have been fully integrated into combat ships and squadrons. At first, men and women in ships had a healthy fear of one another, and the rules were rigidly enforced.

However, over time, everyone has become comfortable with the presence of the opposite sex, and naturally that comfort has led to an exploding rate of fraternization, at every level.

Casual observers — those who have never served in a fully integrated combat command — seem convinced that men and women can and should serve together in ships and squadrons with utter disregard for one another’s sexuality.

To those of us who have examined this problem from the inside, this seems a forlorn hope. Simply put, you cannot put young, healthy men and women into a small box, send them away for extended periods of isolation, and not expect them to interact dynamically with one another. They’re like magnets being put into a box and shaken — they stick.

After all, this is the instinctual behavior that has kept our species going for 250,000 years.

Greatly compounding this phenomenon is our growing interconnectedness. In 1983 when a ship deployed, it maintained one ship-to-shore voice circuit. One. Today, our connectivity has risen to a point where we actually have invented elaborate procedures designed to clamp down our sailors’ massive and immediate ability to connect with the shore.Back then, if a captain behaved poorly while deployed, no one really knew. Now, with unlimited access resulting from unlimited communications, everybody can know. Accusations can be instant and anonymous. And, if those accusations involve a commanding officer, they are treated with utmost gravity. According to Commander, Naval Surface Forces, every hotline complaint against every CO is investigated.

So, what has changed is this: Every year, a number of commanding officers are relieved for “inappropriate relationships” with their crew members. Likewise a number are relieved for what are deemed to be insensitive actions or statements. More are fired for what their seniors perceive to be errors in adjudicating matters related to inter- or intra-sexual issues.

And, of course, captains are held responsible for what happens in their commands. A commanding officer of a destroyer was relieved not because he was personally involved in any misconduct and not even because he was aware of misconduct and failed to act. Instead, it was discovered that, unbeknownst to him, a number of chief petty officers were engaged in inappropriate relationships with enlisted women in his ship. He was relieved because his senior had a “loss of confidence” in his leadership.

In short, a new and more complex standard is now being set and enforced for our commanding officers. Not only are captains expected, as throughout history, to be excellent in terms of their ability to command a ship, but now they are on the front line of making a fully integrated crew work in seamless, sexless harmony.

Until some sort of equilibrium is reached, our captains will continue to live in positions of exquisite vulnerability. That’s the cost of making things work. Rather than be upset, best to simply accept this new reality. Rather than reacting with scalded-cat alacrity whenever a captain fails to handle integrated crews, we simply need to accept these firings as a new cost of doing business.