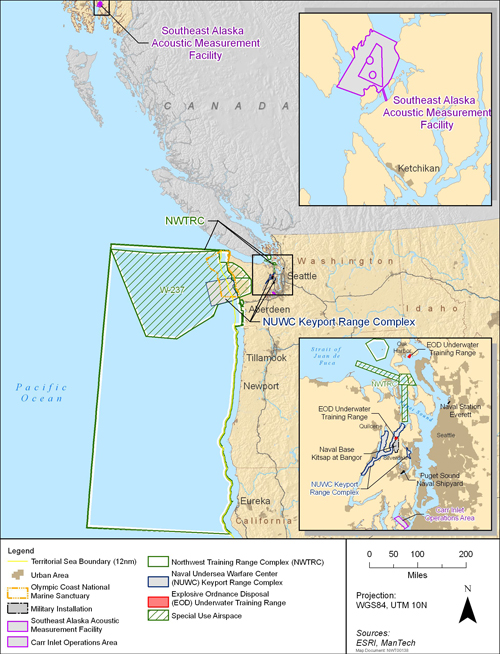 A federal judge ruled Thursday the National Marine Fisheries Service had “abused its discretion” when it gave approval for Navy ships to train with sonars some say harms marine mammals in a training range off of the West Coast.

Judge Nandor J. Vadas , of the District of Northern California, said the fisheries service gave the Navy approval for five years to use the Northwest Training Range Complex without evaluating the latest relevant research on how sonar can affect marine mammals.

The Navy’s active sonars use a high-powered burst of sound to detect other vessels in the water. As the sound wave travels it hits other craft and the waves reflect back to the source of the burst, or ping.

The sound waves, however, have the potential to deafen sea mammals like dolphins and whales, according to several environmental groups.

Vadas said the fisheries service underestimated the harm the sonar would do to the mammals near the sonar tests and ignored studies from 2010 and 2011 that say bottlenose dolphins are adversely affected by active sonar.

The ruling could lead to a reevaluation of the permits that allow the Navy to operate sonar on the training ranges.

“At this point we are still studying the ruling and cannot provide further comment,”
the Navy said in Friday a statement provided to USNI News.
“The Navy is committed to complying with environmental laws and protecting the environment.”

In a March 2012 environmental impact statement, the Navy said sonar training was essential to the Navy due to the proliferation of quiet diesel-electric submarines.

“Lack of realistic training could jeopardize the lives of sailors in real-life combat situations,” read the report. “This training cannot be duplicated with simulators or other artificial means.”