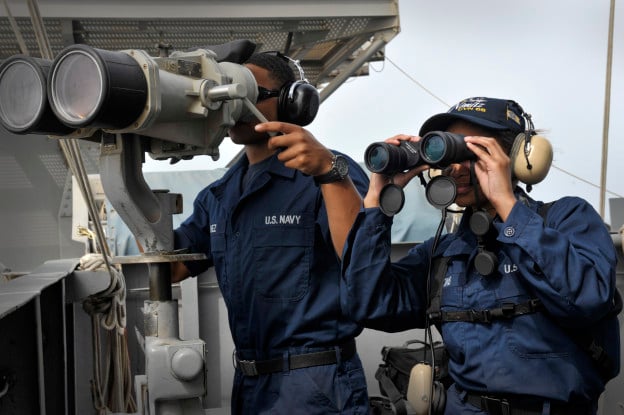 While the previous decade was characterized by the predominance of large ground forces, I firmly believe that the next decade will be defined by the strength of our sea power and projection forces.

Despite the clear trend toward an increasingly maritime operating environment, the U.S. Navy has been allowed to atrophy over the previous two decades. After a generation living off investments made during the 1980s, the Navy has now found itself on a path to the smallest fleet since before World War I. Moreover, the sea service is expected to experience shortfalls in key classes of vessels over the coming decades, including attack submarines, large surface combatants and amphibious ships.

The service’s 30-year shipbuilding plan, which aims to chart the Navy’s size for the years to come, is not being funded at the levels the Navy itself says are required. In fact, the Navy has a $4 billion shortfall between the money required to make its future fleet plan a reality and the actual amount being allocated for ship construction.

Our Navy serves myriad peacetime and wartime functions. Whether providing missile defense off the U.S. homeland, interdicting drug traffickers, countering piracy off the Horn of Africa, responding to natural disasters or maintaining control of critical waterways for U.S. commerce, the Navy is constantly protecting and promoting America’s national interest.

And as countries like China and Iran increase their investments in anti-access/area-denial technologies, such as long-range anti-ship missiles and stealthy diesel submarines, the Navy will increasingly be called upon to ensure American access to the Western Pacific and Persian Gulf.

This mission, often taken for granted in the decades of unfettered American maritime supremacy that followed World War II, will require sustained resourcing from Washington.

If the task of returning our Navy to health sounds daunting, there is ample historical precedent for the revitalization of American sea power in the face of potential threats.

During the 1930s, as the country grappled with a Great Depression and threats to freedom emerged in Europe and Asia, the Navy was faced with a starkly diminished fleet and little public interest in its rejuvenation.

Under the leadership of Chairman Carl Vinson, the House Naval Affairs Committee undertook a sustained peacetime naval buildup that not only dramatically increased the size of the fleet but also directed scarce dollars into the game-changing technologies of the day — naval aviation and submarines.

In short, Vinson’s visionary leadership provided the Navy that secured victory in World War II and maintained peace during the long years of Cold War.

Today, with new threats on the horizon and a seeming indifference to the role of sea power in underpinning U.S. strength, the time is ripe for a similar naval renaissance.

Like in Vinson’s time, those of us charged with the stewardship of American sea power must look beyond the immediate and attempt to envision what shape a future U.S. Navy should take. Just as Vinson steered investment toward the cutting-edge technologies of his day, today we must begin moving the Navy toward unmanned carrier aviation and directed-energy weapons.

These investments, coupled with a sustained shipbuilding program and a renewed focus on key competencies like anti-submarine and anti-surface warfare, will ensure a fleet prepared for the likely challenges of the decade to come.

The emerging Seapower Decade will require the United States to return to one of its traditional sources of power: a strong and vibrant sea service supported by politicians of both parties and embraced by the American public.

I am confident that the U.S. Navy will once again rise to the occasion as the principal guarantor of American security in a dangerous world.