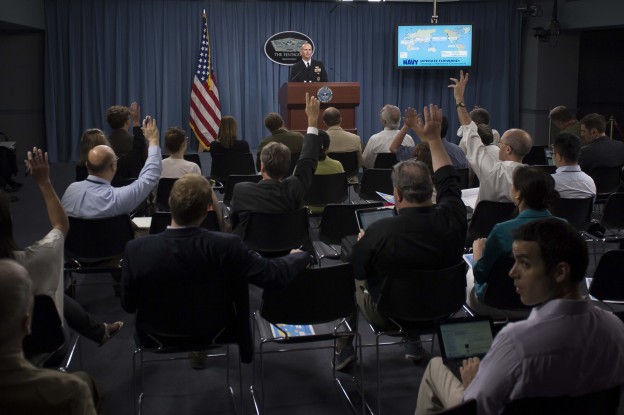 The problem is not getting better; our best evidence shows sexual assault and sexual harassment rates rising. Yet the action we are taking is not bold enough to right the ship. To rid ourselves of this cancer within, we must aggressively and starkly confront the Navy culture that accepts this behavior.

The problem manifests itself in unsafe workplace conditions primarily for our most junior sailors, recruiting and retention challenges, leadership distraction from momentous budget issues, and unnecessary burden on victims.

To be fair, there has been a concerted effort to make progress over the past few years. We have had two months dedicated to sexual assault awareness, Navywide stand-downs, training products tailored to leadership and enlisted sailors, significantly enhanced investigation and prosecution programs, innovative bystander intervention training during recruit training, and a unique military-civilian sexual assault prevention partnership piloted in Great Lakes now expanding to San Diego.

Yet the trends continue in the wrong direction. What are we doing wrong, and what must we do to make a difference?

Those who suffer sexual harassment (jokes, inappropriate pictures or magazines in work spaces, unwanted advances) or assault (anything from inappropriate touching to rape) face an immense burden. We ask them, often our youngest and newest sailors, to decide rather quickly: Was it harassment or assault; if harassment, should they make a formal or informal complaint; if assault, should they make a restricted or unrestricted report. Is this really the position in which we want to put young sailors?

To right the ship, as Rear Adm. Martha Herb and I argue in this month’s Naval Institute Proceedings, we must change the culture, make reporting easier, act boldly and decisively, expect more deckplate leadership, and define tangible behaviors that are the Navy standard.

The most important of these prescriptions, and the most difficult, is to change the culture. This sounds easy, but as we review lessons learned from our decades-long campaign to curb alcohol abuse, changing a deeply embedded pattern can be a long, slow process. Even with demonstrable success with respect to alcohol, it remains a problem in the fleet, as evidenced by the number of sexual assaults in which alcohol is a factor for both victims and perpetrators. This model does not fit our needs; we don’t have 30 years to change course.

The question remains how best to attack the prevailing culture. I submit the answer parallels the actions taken in New York in the mid-1990s to reduce serious crime. Police were responding to crime, not preventing it — a situation very similar to that of the Navy today. We are responding to sexual harassment and assault, not yet preventing it. New York’s approach was to operationalize the “broken window” theory, in part by putting as much of the force as possible on the streets (leadership by walking around, in Navy terms) and, thus, began making the streets safer by being among the citizens. The theory’s premise, adapted to Navy: Untended disorderly behavior (sexual harassment) can signal that nobody cares about the community (command) and lead to more serious disorder and crime (sexual assault).

This is exactly what is happening in our Navy: “Low level” sexual harassment such as sexist jokes, questionable pinups, open pornography and offhand comments is not being confronted decisively and aggressively. The boundaries of acceptable behavior are not clear because victims are encouraged by policy to solve incidents informally. Therefore, no uniform standard of acceptable behavior can ever emerge. To change the prevailing culture, to affect the rate of sexual assault, we must directly confront sexual harassment. This method worked for New York, where violent crime was reduced by 33 percent.

Any event of unacceptable sexual behavior, to include sexual harassment, should be reported as a restricted or unrestricted report, investigated formally, and adjudicated in the same manner as are sexual assaults. This would tremendously simplify the process for the victim. There would be no more having to decide whether it was harassment or assault, or whether to use the informal or formal complaint process.

Only by “going nuclear,” setting clear standards and truly embodying our mantra of zero tolerance of unacceptable behavior, will we change our culture. Our sailors deserve no less; our Navy deserves no less.