Parade Magazine is apologizing for a design flub that paired a Nazi battleship with an award winning U.S. Navy chef, the magazine’s top editor told USNI News on Monday.

But topping the heart warming tale of Davenport’s rise to the gold from the broom closet sized kitchen of the attack sub USS Annapolis (SSN-760) was a collection of ship silhouettes that included the most notorious Nazi battleships of World War II – the Bismarck-class. 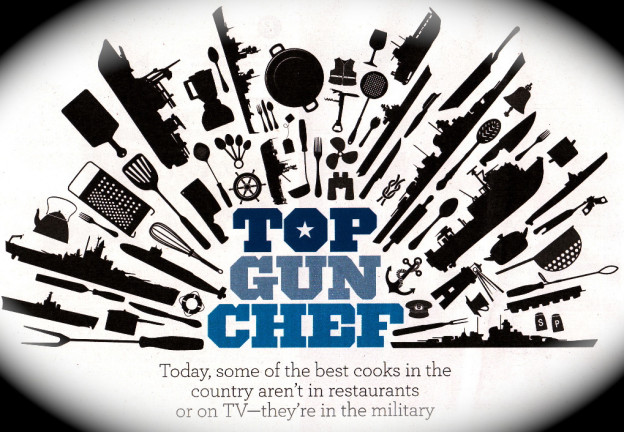 “Mea culpa,” wrote Parade editorial director Maggie Murphy in an email to USNI News.
“I regret we didn’t dig deeper into the exact descriptions of the graphics we used for our story on Derrick Davenport this past Sunday.”

The silhouette was first picked out as a Bismarck-class ship by Christopher P. Cavas, naval writer for Defense News on Sunday.

A Parade spokesperson told USNI News the designer assembling images pulled the silhouette from a collection of, “naval images that didn’t distinguish between U.S. and foreign ships.”

Bismarck, and sister ship Tirpitz, were the pinnacle of Nazi naval might at the start of World War II. Bismarck was famously sunk in 1941 after a short career of harassing Allied supply lines in the Atlantic and sinking the British Royal Navy’s HMS Hood. Royal Air Force bombers sank Tirpitz in 1944.

For Parade’s part, Murphy hoped the mistake would not overshadow the story’s main focus.

“We hope you’ll join us in celebrating the accomplishments of the Navy’s Derrick Davenport and his colleagues, and move on,” Murphy wrote to USNI News.

Parade isn’t alone in misidentifying ships. In September, organizers of the Democratic National Convention in Charlotte, N.C. displayed images of Russian warships during a tribute to veterans.