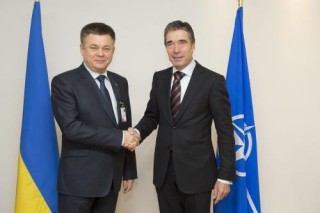 When it comes to maritime security, piracy has become one of the most prevalent issues for NATO to deal with. In considering which nations are most involved in combating maritime piracy, Ukraine is probably not the first name that comes to mind. As it turns out, this non-NATO, non-EU Eastern European nation is heavily involved in the fight against piracy at sea. Ukraine has even become a valuable ally to NATO in anti-piracy campaigns, something not exactly expected from a nation so closely aligned with Russia on the geopolitical map.

Impact of Piracy on Ukraine

At the end of last month, NATO announced that Ukraine would actively take part in NATO’s anti-piracy operation in the Indian Ocean. Kiev has agreed to offer a frigate and a helicopter in the second half of 2013 for Operation Ocean Shield, the mission designed to deter and disrupt pirate attacks in the Gulf of Aden and the Horn of Africa. While it is not readily apparent, the impact of piracy on Ukraine is very real and a significant security concern for the former Soviet nation. From 2008 to mid-2012, over 140 Ukrainian sailors were victims of piracy, many of whom suffered brutal torture and abuse at the hands of their captors. Of today’s global security challenges, piracy may have the most disproportionately large impact on Ukraine. Even though Ukraine’s merchant fleet is relatively small at 1.8% of the world total, the country has somewhere between 80, 000 and 100, 000 merchant sailors at sea, or 8-10 percent of the world’s total. It also supports over twenty higher education establishments that train seafarers, and Ukraine is the third largest contributor of commercial crews in the world, second to Russia and the Philippines.

When taking into account demographics, Ukraine arguably has the world’s greatest concentration of merchant sailors in its workforce and thus, the greatest exposure as a country to the human cost of piracy. In addition, the Ukrainian economy also bears substantial costs. With 2, 782 km of coastline, one of the world’s best navigable river systems and considerable maritime trade, Ukraine’s economy is very dependent on its waterways. Piracy directly affects a large amount of the country’s maritime exports, which transit through the Suez Canal and into the Red Sea, the Gulf of Aden and the Indian Ocean. With such a large share of its goods exposed to piracy, Ukraine bears a disproportionate share of the estimated $7-12 billion annual cost of piracy to the world economy. With such high risks, insurance costs and protective measures add over $300,000 to the cost of each trip. For ships that reroute around Africa, the cost is $1-10 million per trip, not to mention additional travel time. These costs are made up for with increased transportation fees that cuts into profits for Ukraine exporters, shippers and producers and raises prices for purchasers, ultimately lowering the demand for Ukrainian products.

Counteracting the Costs of Piracy

Because of its lack of international presence, the only way that Ukraine can effectively combat the costs of piracy on its citizens and economy is through multinational cooperation. This is why Ukraine has become increasingly involved in a partnership with NATO. The first cooperation on maritime piracy occurred in October 2005 when Ukraine called to requests NATO’s assistance in responding to the capture by Somali pirates of the Ukrainian-owned vessel MV Panagia. Since then, the partnership has grown to the point that Ukraine’s Navy has deployed ships for extended operations with NATO’s Operation Active Endeavour in the Mediterranean on five separate occasions. Last summer Kiev and Brussels announced that Ukraine would join Operation Ocean Shield with the direct contribution of a ship-based helicopter and a group of naval Special Forces.

Further illustrating its commitment to counter-piracy, Ukraine co-hosted Sea Breeze 2011, the Black Sea’s largest annual multinational naval exercise, with the United States in Odessa. In response to common threats facing the world today, the exercise was dedicated to counter-piracy training operations, evacuation procedures and search and seizure training. Sea Breeze 2011 was also designed to improve regional stability in the Black Sea and strengthen maritime partnerships. Exercises such as these have helped to heighten Ukraine’s international profile and increase its credibility with western nations.

A Step to the West?

Some have interpreted Ukraine’s efforts against maritime piracy as an indication that the former Soviet state is serious about joining the West’s security framework. Not only has it become a close maritime partner of NATO, but Ukraine has also been active in the European Union’s anti-piracy campaign, Operation Atalanta. Ukraine’s work against maritime piracy is admirable and should be applauded. It also could act as a good starting point for the country to join NATO in the future and ultimately distancing itself from Russia. However, it is important to keep in mind that Ukraine is a nation that still faces many obstacles in its quest to join Western institutions. While recently praising the country for its work against piracy, NATO Secretary General Anders Fogh Rasmussen warned Ukraine that it must further commit to respecting democracy and the rule of law. Counteracting piracy is one thing; building and respecting democracy is another. Despite some progress, Ukraine still has a long way to go beyond maritime operations if it wishes to be taken more seriously by the West and gain acceptance into Western institutions.

A version of the commentary was published with The Atlantic Council of Canada.