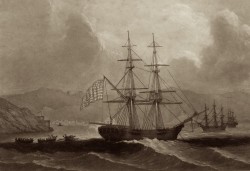 A schooner formerly known as the Endeavor was the first ship to bear the name of George Washington. Commanded and crewed largely by members of the Continental Army, the ship was re-rigged as a brigantine and conducted operations against the Royal Navy for about two months in 1775 before being captured by the HMS Fowey. 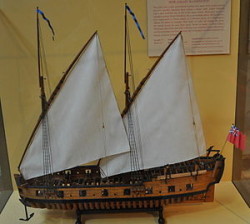 In January 1776, the row galley USS Washington was launched by the Rhode Island General Assembly to protect the colony. The ship was soon sent to New York under the command of the Continental Navy and is recorded as having a brief encounter with the Royal Navy on the Hudson River in August. The fate of the ship is unknown but it is presumed to either have been seized or burned when the British captured Manhattan later in the year. 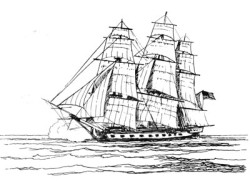 Sister ship of the 1776 frigate USS Washington, the USS Randolph 1776

USS Washington was one of thirteen frigates to be ordered by the Continental Congress in 1775. Launched in Philadelphia in 1776, the ship was still unfinished when it was scuttled in 1777 to prevent it from being captured by approaching British troops. 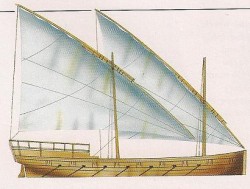 The service record of the lateen-rigged galley USS Washington is brief – it was active for about one week. Immediately after if was built in 1776 on Lake Champlain, it joined the fleet commanded by the Benedict Arnold on October 6 off Valcour Island to intercept Royal Navy ships that were part of the offensive to seize the Hudson River. The American ships were battered in the ensuing battle on Oct. 11, with the severely damaged Washington being captured on Oct. 13 while trying to escape. After being converted to a brig the British, its fate is unknown. 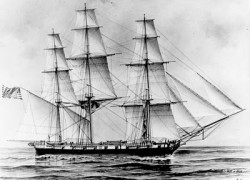 USS George Washington was originally built as a merchant ship in 1793 before being bought by Congress in 1798 and converted to a sloop of war to protect U.S. shipping in the Caribbean from French privateers. George Washington later became the first U.S. warship to enter the Mediterranean when it was sent to deliver tribute to the Barbary pirates prior to the First Barbary War. The ship made one more trip to the Mediterranean before it was sold in Philadelphia in 1802. 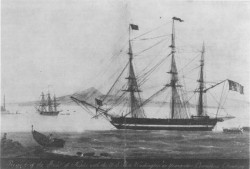 Ship of the line USS Washington in Naples, in 1815

Ship of the line USS Washington was launched in 1814 and joined the U.S. Navy’s Mediterranean squadron in 1815, serving as Commodore Isaac Chauncey’s flagship. The Washington conducted diplomatic missions and protected U.S. shipping in the region until 1818 when it sailed for New York. The ship then served in a limited capacity until in was scrapped in 1843. 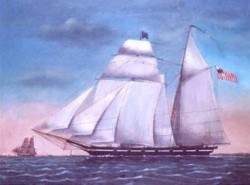 A Morris-Taney class Revenue Cutter, circa 1832

U.S. Revenue Cutter Washington was a versatile Morris-Taney class vessel designed to pursue pirates and smugglers while also supporting U.S. Navy operations. The Washington played a key role in transporting troops and searching for Indian encampments during the Second Seminole War. After the ship began to deteriorate under the demands of the campaign, it was sailed to Baltimore and scrapped in 1837. 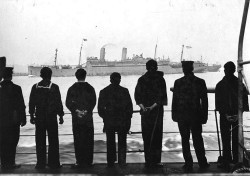 George Washington started life in 1908 as a German passenger liner. When the U.S. entered WWI in 1917, the ship was seized by the government and converted into a troop carrier. It would later be the ship that brought President Woodrow Wilson to Europe to negotiate the Treaty of Versailles. The inter-war years saw the ship return to civilian use, only to again to enter military service as USS Catlin (AP-19) in 1941. The ship again carried the name George Washington as an Army Transport from 1943 until it was decommissioned in 1947. 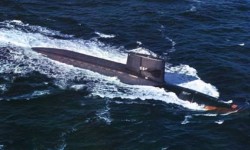 Originally designed to be an attack sub, USS George Washington become the first American nuclear ballistic submarine when it was lengthened to accommodate missiles. Six months after its launch the George Washington conducted the first successful launch of a Polaris missile from a submerged sub. The submarine was decommissioned in 1985 following a quarter century of service. 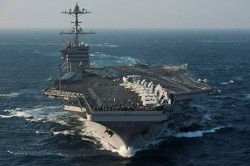 USS George Washington was launched in 1992 as the sixth Nimitz- class aircraft carrier. With its two Westinghouse nuclear reactors, length of 1,092 feet and 90 aircraft, it is forward stationed in Japan. The George Washington has participated in Operation Enduring Freedom and assisted in disaster relief efforts following the Tohoku earthquake and tsunami.

The German steamer President Lincoln was built in 1907 and commandeered by the U.S. government in New York in 1917 after the declaration of war. The ship was used as U.S. Navy troop transport and made five trips to France before it was sunk by a German U-boat in 1918. 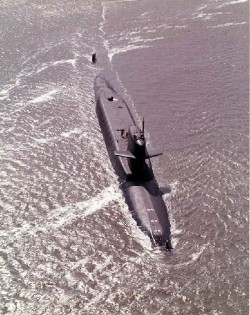 Birds-eye view of the USS Abraham Lincoln at sea

Since its commissioning in 1989, the Nimitz-class aircraft carrier USS Abraham Lincoln has had several eventful deployments including assisting humanitarian efforts in the Philippines, Somalia and Indonesia, as well as supporting operations during Desert Storm and Iraqi Freedom. In 2013, the Navy announced that it would not be able to refuel the Abraham Lincoln due to budget cuts. 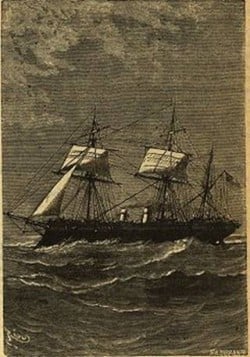 Abraham Lincoln from the novel 20,000 Leagues Under the Sea

In the Jules Verne novel 20,000 Leagues Under the Sea, the Abraham Lincoln is the name to the ironclad frigate that pursues and attacks Captain Nemo’s Nautilus in the belief that it is a sea monster.Abraham Lincoln is rammed by the Nautilus and disabled. 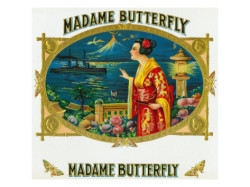 Giacomo Puccini’s opera Madame Butterfly follows the tragic tale of the young Japanese wife of a U.S. Naval officer who has not seen her husband for years. Butterfly patiently waits for the return of the battleship USS Abraham Lincoln which will bring Lt. Pinkerton back to her.