If sequestration does happen what do you envision as the worst case scenario?

I don’t think anyone could give any specificity to that scenario since the military and the Pentagon have refused to do any kind of in-depth planning to how they would intend to implement [sequestration]. What it will do is it will be put on the back of $800 billion we’ve taken in the last several years in national defense and we’re adding on to that which will be difficult for our services to maintain. I think especially when we look at the Navy you have a huge challenge in the next decade to help the Navy to meet the needs placed on it. At this particular point, in time we don’t see those curve lines where would like to see them go. If you add sequestration it adds another anchor that pulls those curve lines down in a direction that we think are very detrimental for the country. The Navy will not grow its SSN (nuclear attack submarine) force beyond 32 boats in the Asia-Pacific before 2020. Our SSN force is expected to bottom out at 43 ships in the 2020s, even though we have set a requirement for 48. The [combatant commanders] have a demand of 16 to 18 [attack submarines] at anyone time and we can’t deliver but about 10. We have some enormous challenges right now with the cuts we have already taken. Adding sequestration on top of that makes it almost impossible to meet the needs of the navy has projected over the next decade.

If sequestration could be avoided, do you foresee a situation where there would be additional cuts beyond what Secretary of Defense Leon Panetta has outlined?

No one can project with a crystal ball how those negotiations will come out. I am one who feels we have made too many cuts already. I think Secretary Panetta agreed with that in testimony before the [House] Armed Services Committee. He didn’t feel that the cuts that we made were the right number. For me to say we could sustain any additional cuts and still meet the needs of Navy for the next ten years.

Is a re-evaluation of national security requirements necessary order to meet an increased level of fiscal austerity?

It’s the difference between the re-evaluation of our needs and a re-evaluation of our priorities. We don’t get to control or dictate what the threats we have around the world. Those threats tend to be growing. One of the easiest ways we have to look at that from the Navy’s point of view is the vessel-day requirements in 2006 were just over 20,000. Last year they were knocking at 32,000. They grew substantially over that period of time. That doesn’t suggest we should have fewer ships or fewer vessel day requirements. We don’t get the luxury of saying which threats are out there. What we have to is ask the question: “What is the threat to the United States both short term and in the foreseeable future?” The second thing we have to ask is: “What resources do our combatant commanders need to defend against those threats?”

That’s an honest question. That’s a question we can determine the number and once we’ve determined the number then it’s fair to come back to Congress and the American people and say, “Do you want to defend against these threats or not?” The problem is over the past several years we haven’t been doing that. Over the past several years we’ve been saying this is the number we want to spend. And we want to do that regardless of what threats we’re placing on the American people. I think that’s an ill-advised strategy. 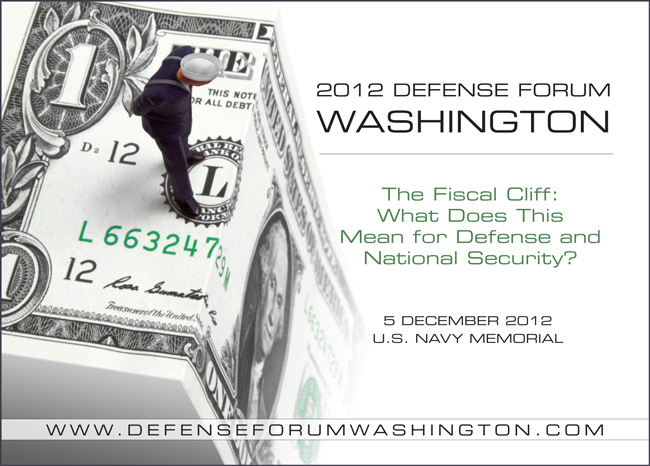 How much should the Congress and the Pentagon look at adjusting the amount of medical and retirement benefits for veterans? Are benefits going to emerge as an issue in the next few years?

I’m one who doesn’t mind anyone putting anything on the table as long as they back it up with analysis and facts. And I think we’d be ill-advised to say that we can’t put certain things on the table. I think once you put [benefits] on the table I think you find this: In order to protect the United States it’s important that we have a strong and viable volunteer military. To have a strong effective military it’s important we keep the promises to the people that served in that military. When you begin to cut into those promises it significantly jeopardizes not only those promises we made to those individuals and the hope we have for people to raise their hands to say they will protect and defend the United States. I would at least put that on the table as well. I’m happy for anyone to put what they want on the table as long as they have the opportunity to analyze that, dissect that and put the corresponding argument on why those numbers should be the numbers they are.

In your position in Congress you’ve spent a significant amount of time looking at naval readiness. If sequestration happens it could mean a 10 percent cut in operations and maintenance (O&M) accounts across the service. Is the O&M issue one you are particularly attuned to or does that get rolled up in all of the other choices?

It’s part of all the decisions we have to make, but you’re right that [readiness] is something that could take a major hit. One of the big concerns we have is constantly reminding the public that much of the Navy. Admiral Kevin McCoy (commander U.S. Naval Sea Systems Command) said that 70 percent of the navy we’re going to have ten years from now we have today. If we don’t take care of that Navy today we’re not going to have it tomorrow. So we’re not going to meet the strategy for protecting the country. The way you take care of it is to do the maintenance you do on those vessels. So it’s a short-sided approach to say that we’re going to cut maintenance and still think we’re going to have the Navy the size of which we’ll need ten years from now. We’re going to continue to monitor that. I’ve had discussions with the CNO and it’s very important to him that we continue to maintain those vessels.

What’s the willingness level in Congress for compromise to stop sequestration?

I think everyone has willingness but they have certain limitations. For example I can’t ring the doorbell at the White House and sit down and have a chat with the President. I have to wait until he puts something on the table. We passed a bill that would have ended sequestration and put it over to the Senate. That bill is still sitting in the Senate and they could act on it tomorrow. But I recognize that we may not be the holder of all wisdom and good thinking. If that’s the case, the Senate could come up with any proposal they want and we could sit down in a conference committee. The White House can’t continue to deal with the issue through press conferences. They have to put something on the table.

If it were up to you to moderate defense spending, where would you put that focus?

There are four questions we need to answer before we can answer your question.

First, we have to ascertain the true threat, not the political threat, to the United States now and for the foreseeable future.
Second, What are the true needs of our combatant commanders to do the missions to defend us against that threat?
Third, how do we get the resources to that combatant commander in the most efficient way?
Fourth, how much are we willing to allocate and prioritize? The second part of the question is what is the risk to the United States if we don’t supply those resources.