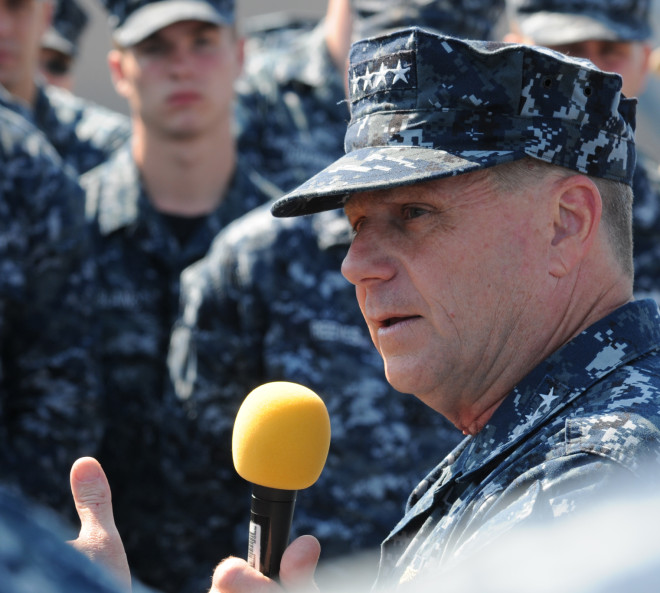 Adm. Bill Gortney, commander of U.S. Fleet Forces in May, 2013. US Navy Photo

The Navy has to strike a tricky balance on the numbers of carriers it fields between providing forces for U.S. military and finding enough money to operate and maintain the high dollar ships, the commander of U.S. Fleet Forces said during a question and answer session following a Wednesday speech at the West 2014 conference in San Diego, Calif. END_OF_DOCUMENT_TOKEN_TO_BE_REPLACED