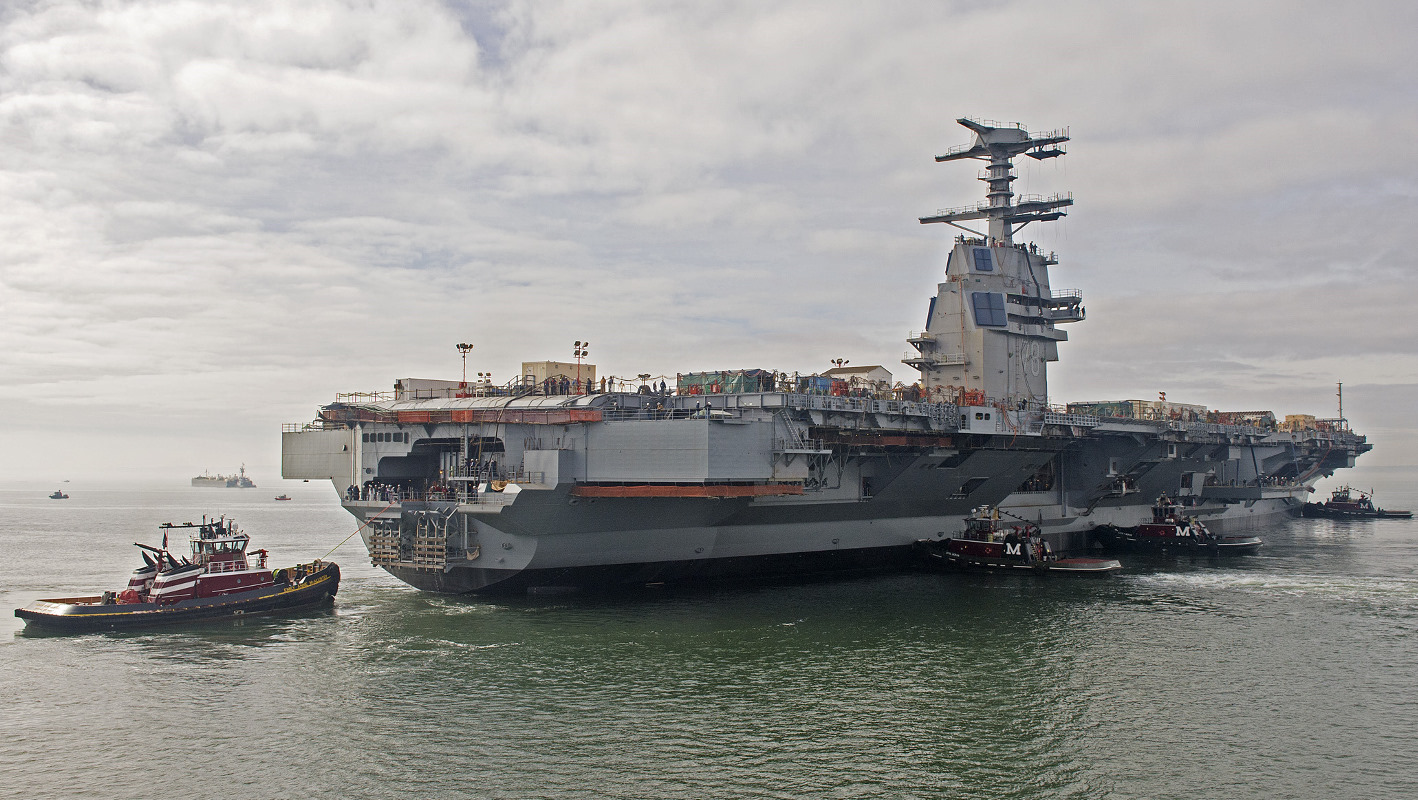 Sea trials for the first-in-class nuclear carrier Gerald R. Ford (CVN-78) could be pushed back up to six to eight weeks due to a slip in the testing schedule, the Navy announced late Tuesday. END_OF_DOCUMENT_TOKEN_TO_BE_REPLACED

WASHINGTON, D.C. — A design flaw in the system the Navy plans to help safely recover aircraft onboard its next generation Gerald R. Ford (CVN-78) aircraft carrier has set testing for the program back two years and risks extending the delivery of the ship past its March 31, 2016 deadline, Naval Sea Systems Command (NAVSEA) officials told reporters on Thursday. END_OF_DOCUMENT_TOKEN_TO_BE_REPLACED

WASHINGTON, D.C. — The aircraft carrier USS John F. Kennedy (CVN-79) will have a different radar than the USS Gerald R. Ford (CVN-78), bringing the new Enterprise Air Surveillance Radar (EASR) into the carrier fleet one ship earlier than planned and saving the program about $180 million, according to the Navy. END_OF_DOCUMENT_TOKEN_TO_BE_REPLACED