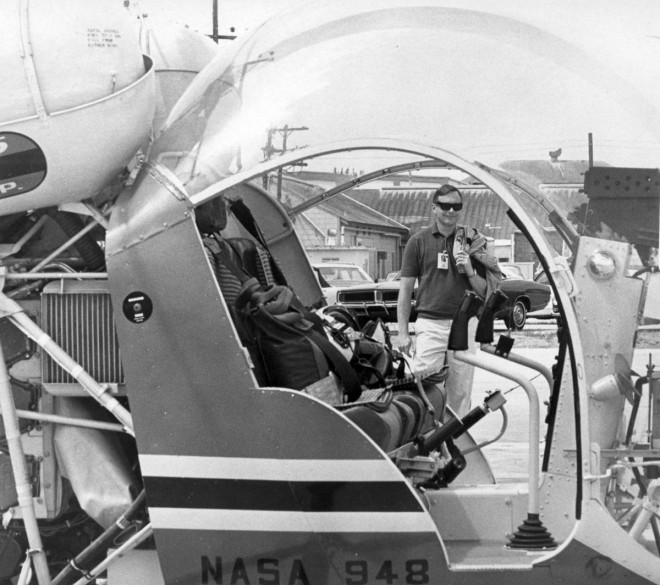 In preparation of the nation’s first lunar landing mission, Apollo 11, crew members underwent training to practice activities they would be performing during the mission. In this photograph Neil Armstrong approaches the helicopter he flew to practice landing the Lunar Module (LM) on the Moon.

Before Neil Armstrong took one small step for man, he was a naval aviator and flew one of the U.S. Navy’s first carrier-based jet fighters the F9F Panther in the Korean War. He left the Navy, went to college and joined NASA as a test pilot before being selected as the second generation of American astronauts, ultimately bound for the moon.

In memory of Armstrong’s passing, we are presenting a Proceedings photo gallery from 2009 on the occasion of the 40th anniversary of the Apollo 11 moon landing.